Why You Should Get Lost in This Fishing Village in Marseille 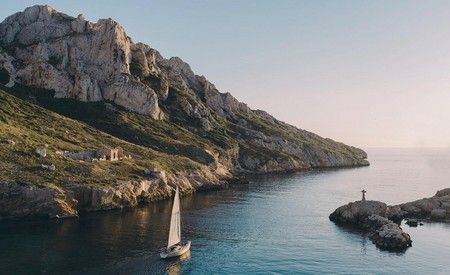 The sleepy fishing village of Les Goudes in Marseille | © ringo13/Flickr

Get lost along the coast of Marseille to discover a hidden beach, the Baie des Singes, and the small hamlet of Les Goudes, where time has almost stopped still for this traditional fishing village.

Just 40 minutes along the coast road from Marseille’s Old Port (“le vieux port“) you’ll come to the fishing village of Les Goudes. There’s an expression in French that the locals say, “va te jeter aux Goudes” (literally, throw yourself to Goudes, i.e. go away and far from here) because Les Goudes feels like it’s at the end of the world. This small fishing village is at the furthest point that you can get to by road along the coast road before you hit the Calanques, France’s natural wonder of seaside inlets.

On an ideal day exploring, you should pass Les Goudes and park up at the furthest point that the road will take you (there is only cliff and water beyond). This area is a nightmare for parking as there isn’t much room, so try to get there early. You’ll find a small path heading east towards the sea over the rocks. Follow it to the Baie des Singes (Monkey Bay). It’s a dreamy little cove with very deep water on one side heading out into the sea and a small, gentle, shingly beach on the other. It’s not the easiest beach to get to, but it’s worth the effort. Kids can go but make sure everyone has good footwear for walking over rocks. 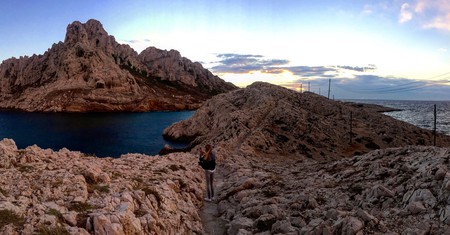 After 20 minutes of watching your step, you’ll have two choices. One, take the steps down into the Restaurant Baie des Singes. If your budget stretches to it, you can hire a sun lounger for €15 euros for the day. There are only 20 or so, so pre-book. Then you don’t need to move anywhere else. You can eat the fresh fish for lunch and feast like kings on the salads, local wine and great desserts. (If you’re watching your money, don’t buy the fish by the pound as it can work out to be very expensive. The salads off the menu are relatively reasonable – €20 or so – considering you’re at the edge of the earth and in paradise). From your loungers it’s possible to swim over to the small beach (with kids, buckets and spades in tow) to paddle and build sandcastles.

The approach to the Baie des Singes | © So Soo/Shutterstock

If you don’t want to pay the price of the meal or loungers, don’t take the steps down to the restaurant but continue upwards and over the top of the restaurant on the rocks. You can then descend into the totally public beach on the other side of the cove. Then you can enjoy your picnic and the fantastic views and swimming – having paid out nothing more than the energy it took to get there. Take everything you need as it’s far away from everything (except the restaurant). People do swim out into the main sea channel beyond the cove, but it isn’t advisable; the current is fierce here and it’s a major boating channel for the many tourists going to and from Marseille to see the Calanques. 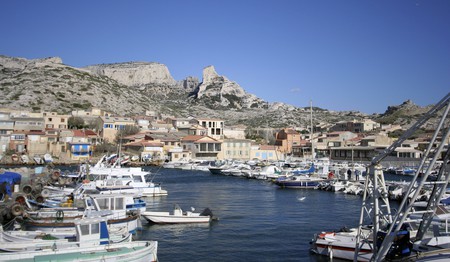 Les Goudes For An Apéritif And The Sunset

By late afternoon you might want to head back to Les Goudes. You’ll still find traditional fishermen here and families that go back generations. The landscape behind the village is dotted with small wartime bunkers (rumoured to have been built by the Nazis rather than the French), some of which are accessible. The village has a small beach on one side. If you’re lucky you’ll find the odd event on the other side to watch (like people riding their BMX bikes into the sea off huge ramps). 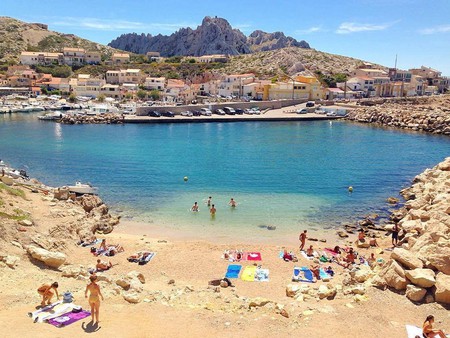 Swim in the little beach at Les Goudes

Head to the bar 20,000 Lieues (after the Jules Verne book, 20,000 Leagues Under The Sea) that overlooks the beach. It has outside tables to watch the sunset and pick up something like a pizza or a salad before you head back into the wonder of Marseille proper. An absolute delight. 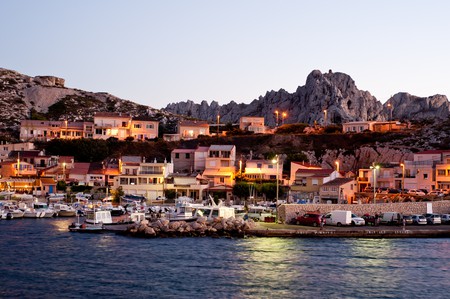