Why Judo is so Popular in France 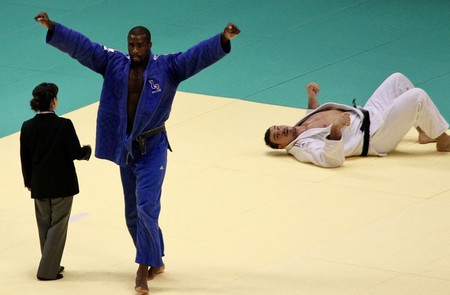 Teddy Riner is one of the greatest judokas of all time, if not the best | © XIIIfromTOKYO / WikiCommons

If the upcoming World Cup will definitely accentuate the prominence of football in France, another sport is certainly making waves as well. In recent years, judo, the sport, has become more and more popular and certainly deserves all of its hype. With about 600 thousand registered people practicing judo, find out why the French are swapping football fields for tatamis. 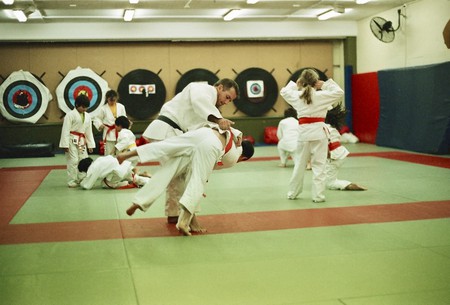 The ancestral martial art that was created by Jigoro Kano in Japan in 1882 is a physical, moral and mental pedagogy. While the business side of football and the players’ antics have given the sport a bad reputation, it seems that judo’s values have become appealing to more and more parents, who encourage their children to take on judo. According to French judo president Jean-Luc Rougé and also, the country’s first world champion, judo is more than a sport, it is a way of life.

“Judo has developed not as a sport in France, but as an educational system”, he says.

For Chantal, mother of nine-year-old Jessica, she says that judo has been a great addition to her daughter’s sports activities and that it has helped her daughter to canalize her energy.

“Jessica was playing tennis but still had a lot of energy to spare”, Chantal says. “She had a friend at school who invited her to participate in one of his judo sessions and when she came back home that day, she said she wanted me to sign her up the next year”.

Chantal says that although her daughter’s main sport remains tennis, she can definitely see the positive impact the practice of judo has had on her daughter.

“It’s hard for children to focus for a long time because they get easily distracted”, Chantal says. “After a couple of weeks of judo lessons, I noticed that Jessica was more disciplined when doing her homework and more focused on the tennis court”.

Teddy Riner is one of the greatest judokas of all time, if not the best | © XIIIfromTOKYO / WikiCommons

France had its great share of champions in the discipline along the years, but Teddy Riner’s dominance of the sport over the last decade has certainly had an impact on the constant increase of people joining clubs. Indeed, the French athlete has clinched 10 world champion titles, won two gold Olympic medals, won five European championships, along with many more titles and is on a 144-fight winning streak. In addition to his exceptional sporting achievements, Riner’s numerous caritative initiatives and positive image make him the perfect role model for kids.

“Teddy Riner is a 10-time world champion. Maybe it will be 12 or 14”, Rougé says. “That is not the most important: Teddy is an image of the people”.

“Judo is about discipline, respect and it teaches you to how to look for excellence”, Chantal says. “These are values that I believe are essential in life and it’s even better if you can learn about them when you are young”.

Indeed, about 10% of the eight-year-old children in France are members of the French Judo Federation, which is the highest rate for any sport in the country.

If Rougé is pleased with the growing interest in this sport, he explains that some improvements can be made but he remains optimistic for the future.

“We need more substantial spaces to organise more important events”, he says “The French Federation of Basketball has done a great job coming up with new strategies and has seen its number of members grow substantially and it could be an example for us. I also want to thank all the people involved in our federation. Judo has done a great job here – and for the future”.