Why France's "Trente Glorieuses" Are So Important to the Nation Today 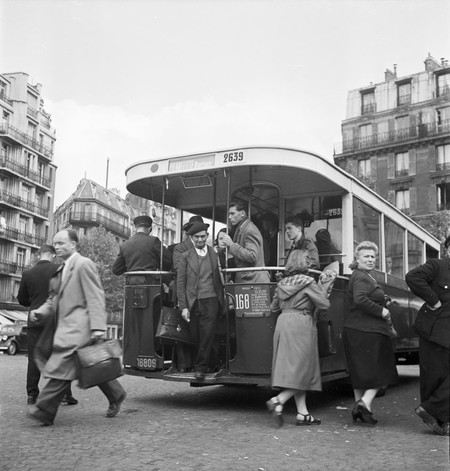 Les Trente Glorieuses was a period of massive social, cultural and economic change in France. It led to benefits that are integral to the modern state, such as holiday allocation, retirement payments and social security.

Les Trente Glorieuses directly translates to the ‘Glorious Thirties’. Rather than the 1930s, the term refers to the 30-year period between the end of World War II (1945) and 1975. This was a period of huge cultural importance in France’s recent history and takes inspiration for its name from the Trois Glorieuses – the three days of the July Revolution, which took place in 1830.

In 1945, European economies had been devastated by World War II

Many countries found themselves in a disastrous economic situation at the end of World War II, both those fighting on the Allied side (Britain, France and the United States) and on the Axis side (Germany, Italy and Japan). The impact was most keenly felt in places where fighting had actually taken place, such as France, where large swathes of land were destroyed by gunfire or bombing. Countless people across Europe were made homeless and urgently needed healthcare, which they couldn’t afford, and many were out of work and destitute. To help deal with these issues, Britain, for example, started the National Health Service and commissioned the construction of large blocks of council housing. In France, architects began rebuilding French cities (in Marseille, Le Corbusier’s small city within a city, Cité Radieuse, was a direct response to the housing crisis). But building houses and roads was expensive and money was urgently needed by governments whose budgets had been torn apart by the war. 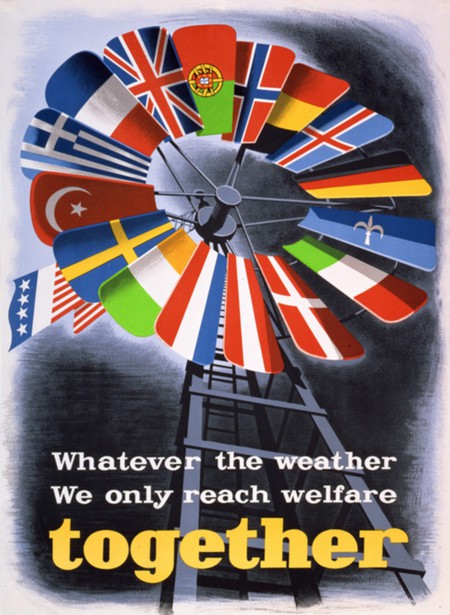 In 1948, the US government provided $13 billion to Europe – enough money to rebuild schools, hospitals, factories and homes and provide jobs in the process (this would be equivalent to $135 billion in today’s money). The European Recovery Program, or the Marshall Plan, along with the USA, involved a large number of countries — Austria, Belgium, Denmark, West Germany (as it was then), the UK, Greece, Iceland, Ireland, Italy, Luxembourg, the Netherlands, Norway, Sweden, Switzerland and Turkey. Designed by these countries themselves to decide where and how to spend the money, the plan was a huge success.

Before World War I, economic growth in France was constant at around 2%, but across the full period of the two World Wars (1914-1945), France’s rate of economic growth had dipped to a low 0.5%. During Les Trente Glorieuses, the French economy picked up so much that at times, it reached an astonishing growth rate of 6%. 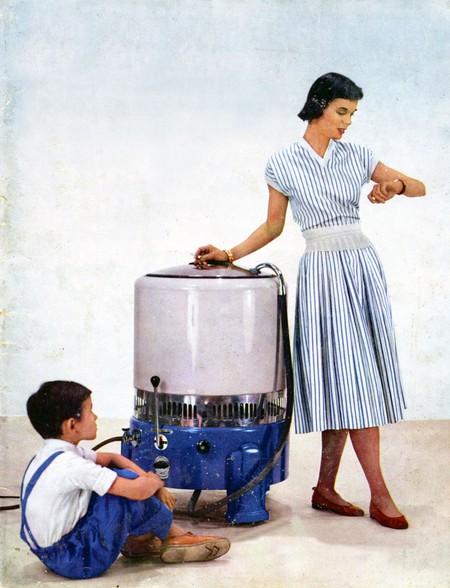 As a result of new jobs and a boom in productivity, thanks to the success of the Marshall Plan, people were able to buy cars, white goods and even houses for the first time on a wider scale. Supermarkets began stocking new food (originating in countries that were further afield), people started to dine in restaurants and eating out became a popular concept. The French economy was one of the fastest growing in Europe during this period.

Intense economic growth happened in many other European countries throughout this time, although it is known by different names in different places. The rapid industrialisation of Germany and Austria’s economies was called Wirtschaftswunder, or ‘the Miracle on the Rhine’, which stems from a description in a 1950 article in the English newspaper, The Times. In Italy, the rapid economic expansion was dubbed il miracolo economico, or ‘the economic miracle’. 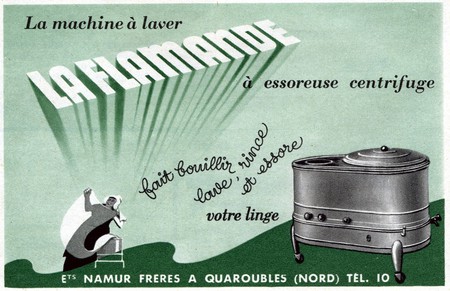 It was throughout Les Trente Glorieuses that French society and culture dramatically changed. There was a baby boom after the war ended, increasing the number of consumers, and women began to work, which earned families more money to spend. The government introduced social security and retirement payments and by 1956, three weeks of holiday per year in France was the average, with an additional fourth week added in 1969. With more job security and allocated holiday, a new section of the economy had been ignited: tourism. French society had changed forever.