Why France is the Most Visited Country in the World 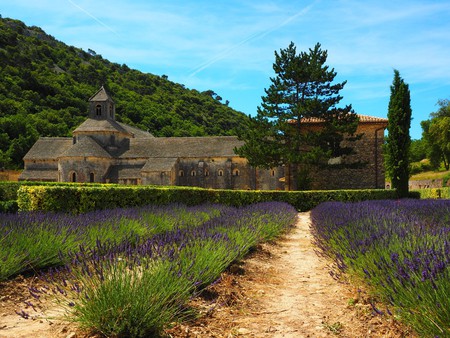 Nearly 89 million visitors explored the sights, sounds, and smells of France in 2017, keeping it as the most visited country in the world. Why did the land of frog legs and berets beat the United States and Spain to the post? Read on to find out more.

Paris is as alluring as ever. As a country capital and a city in its own right, it attracts those who are experiencing it for the first time and those who find it hard not to keep returning. Paris is perfect for couples, a delight for a family stay and, though not an obvious first choice, the perfect date if you are traveling alone. The first half of 2017 saw Paris hit a ten-year tourism high and really, as a new year brings a new wave of visitors, the City of Lights is just like a beautifully wrapped gift that just keeps on giving. 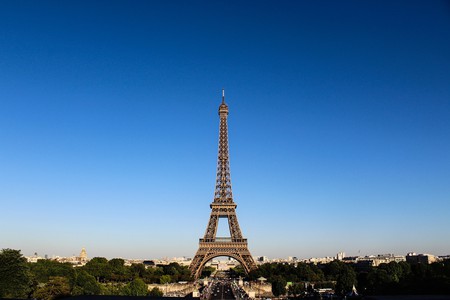 Eight countries have direct access to France, with the UK having frequent and speedy travel connections over the channel, too. This makes it very easy for European France lovers to be exploring within a few hours of leaving home. Inexpensive flights connect France’s cities to small towns and the TGV network transports thousands of travelers and locals alike over the country and over its borders. 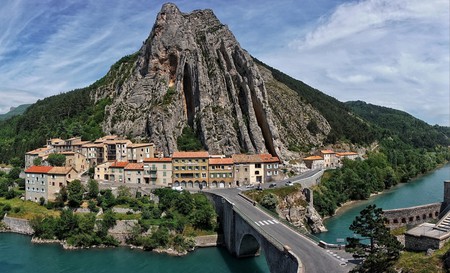 Sisteron is considered the gateway to Provence | © Glavo / Pixabay

France’s fine dining is world renowned, but more than that, the country’s gastronomy is inextricably part of its heritage and its everyday. From a simple piece of bread to Michelin-starred restaurants, there is a respect, enjoyment, and anticipation around food in France that is simply delightful for visitors. So much is this the case that since 2010, French gastronomy has been included on the UNESCO intangible heritage list. Lyon has long held the gastronomic capital crown—however, recently Bordeaux has been recognized—and each region has its own specialties, methods, and unique food quirks. France has been and remains a food lover’s paradise. 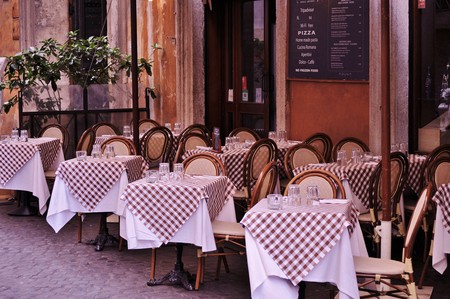 France has got some great high-speed train links with the TGV, connecting corners of the country within mere hours. From the City of Lights, you can be in the heart of Provence in just three hours and Paris and Bordeaux are now connected by a speedy two-hour train journey. So speedy, in fact, that more and more Paris-based workers can live in Bordeaux and make the daily commute. Regional train lines zigzag across the country and internal flights are usually an option. For visitors, this means that exploring a vast amount of the country in a short period of time is both physically and financially doable. 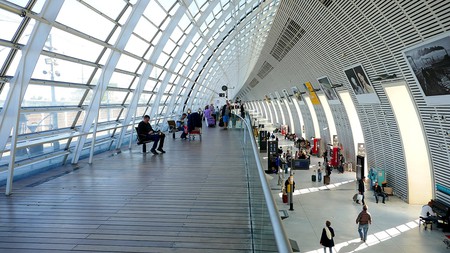 Mainland France boasts an amazing 40 UNESCO World Heritage sites, from Roman landmarks (like the Pont du Gard, pictured below) to the dazzling Palace and Park of Versailles outside of Paris. The cathedrals of Amiens, Bourges, and Chartres are on the list, as are the fortified and ecclesiastical cities of Carcassonne and Albi. The heritage sites give tourists somewhere to focus their French visit on, highlighting areas that would have previously been less known. For example, one of the sites is The Climats, terroirs of Burgundy, referring to areas of vineyards south of the city of Dijon. Since the High Middle Ages, grapes have been cultivated and wine has been produced on these slopes, though it was only in 2015 that this site was inscribed on the UNESCO World Heritage list, bringing more interest to this region of France. 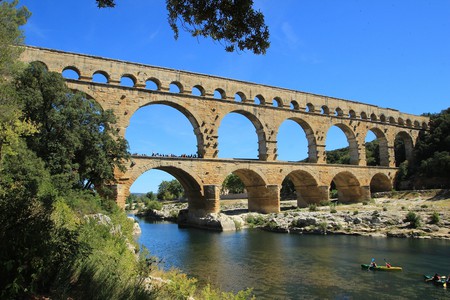 France is such a diverse country and you’d be completely mistaken to think of each of its corners as the same. To its north-west, you’ll find the deeply beautiful Brittany coastline of rugged cliffs, white sandy beaches, and turquoise waters and to its north-east, the picturesque Alsace villages, coupled with renown wine. There are beautiful islands to be explored on its west and southern shores, the Pyrenees mountain range at its heel, and the Alps to the east, with sun-drenched Mediterranean cities on the French Riviera, Roman amphitheaters, ancient cave drawings, and undulating countryside in between. You can feel the neighboring countries’ influences in local cultures, from Catalan cuisine in the Languedoc in the South of France to sauerkraut and flammekueche in Strasbourg. 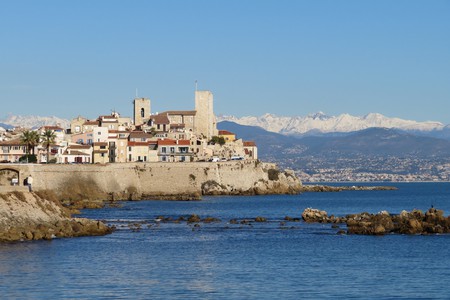 Beautiful views of Antibes on the French Riviera | © SoleneC1 / Pixabay

France is the country of the iconic Louvre, Eiffel Tour, and Grand Palais, the birthplace of Cézanne, Monet, Matisse, which creates a strong cultural heritage. Visitors to Paris can lose themselves in museums and galleries, of course, but also in the streets themselves, in the beauty of the buildings and facades. Some visitors will go to France to follow a particular artist trail—such as Matisse on the French Riviera—or to explore the landscape that inspired them. Some visitors will choose to go to France for cultural festivals—such as the Tour de France, Mardis Gras or Bastille Day—or to simply pick somewhere new and learn about its past. It’s no wonder that, as a country as a whole, France attracts so many, as there is always something to uncover or enjoy. 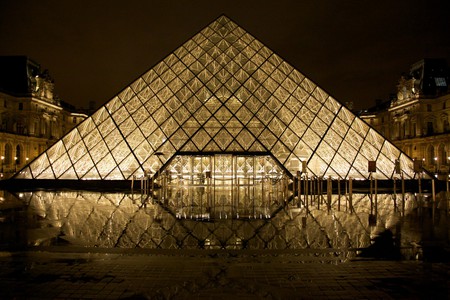 France is an attractive option for a second home for many Europeans and those from further afield. Due to its diverse landscape, visitors to France can have property on the slopes for the ski season, in rural countryside to escape the humdrum, a city pad for some glitz and urban life during the year, to be by the sea, and more. There are still complete bargains to be had—not as many as years ago, granted—and this financial aspect, coupled with the climate, food, and accessibility is surely why people still have a French home on their bucket list. 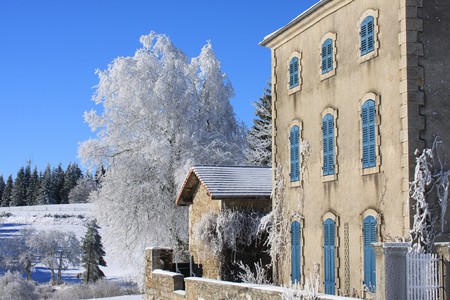 Rural properties in France | © apefrance / Pixabay
Give us feedback