Why France Goes Weak at the Knees for King Cake 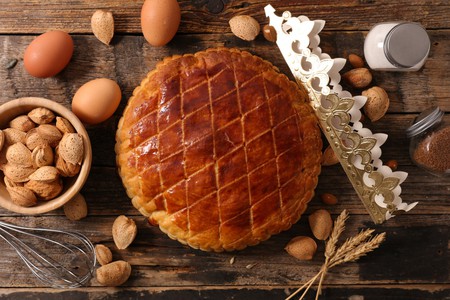 King cake is a Christian custom celebrated after Christmas. Every French bakery does a roaring trade in these cakes for the entire month of January.

The galette des rois (king cake) celebrates the time on the Christian calendar when baby Jesus was presented to the three wise men – Melchior, Caspar, and Balthazar – who had arrived from Asia, Africa, and Europe bearing gifts. For that reason, French bakers sell king cake from the twelfth day after Christmas, which is called Epiphany (January 6), until Shrove Tuesday, the day before everyone gives up sweet things for Lent (one day before Ash Wednesday). 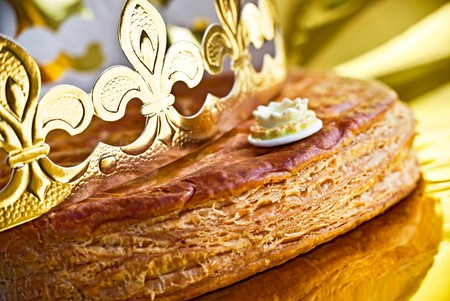 King cake in France is traditionally made with puff pastry

Many Christian countries have the same tradition but the cakes are slightly different. In France as a whole, galette des rois is often made from very flaky puff pastry and filled with frangipane, a sweet filling made from almonds, butter and eggs. 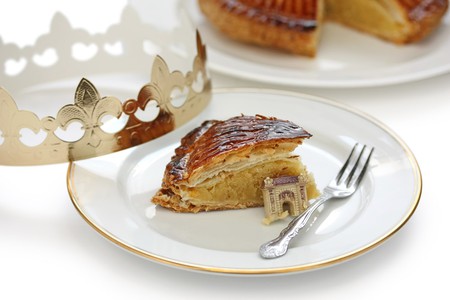 In southern France, aside for the traditional puff pastry version, you might find a king cake that is more like a brioche and much lighter in nature. It’s shaped like a crown, has dried pieces of fruit on it, which resemble jewels, and often comes with a decorative paper crown on top. 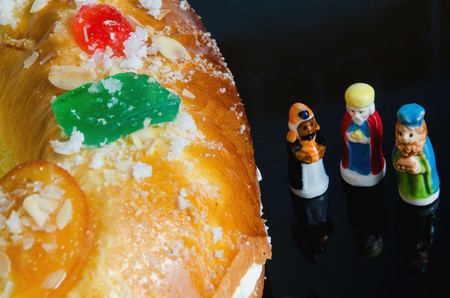 Whichever version you eat, every king cake comes with a little figurine hidden inside. It’s called a fève and whoever finds it is named king or queen for the day. In the past, at the Royal Court, men and women who found the fève would be given special rights from the King. Historically the fève was actually a broad bean, but in the 19th century it was replaced with a plastic figurine, which today can be anything from a car to a baby Jesus.