Why Does Lyon Serve Wine in Tiny Glass Bottles? 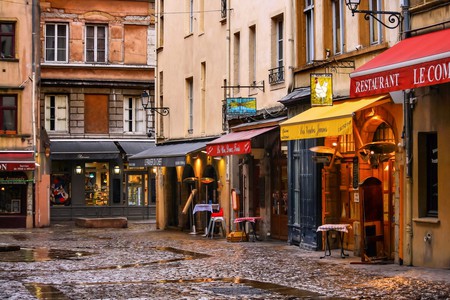 It is a common stereotype of the French that wine is the backbone of their culture, though there is a wealth of history to discover behind this cultural heritage, which differs from one French region to another. Lyon is best known as France’s gastronomical capital: its traditional restaurants, called bouchons, are integral to the fabric of the city, and with this long tradition of great food comes an intriguing history of serving wine.

This history dates all the way back to the Middle Ages, when the wine measurement was called an asnée and corresponded to the load that a donkey could carry in a single journey: an impressive 93 litres (25 gallons). It was during the 16th century, however, when the pot Lyonnais made its first appearance. 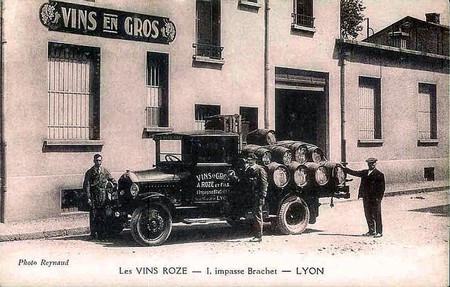 A pot Lyonnais is a glass bottle of a specific size with a distinctive thick glass bottom specific to Lyon and its history. During the 16th century, its capacity was 2.08 litres (half a gallon), but over the following century, this amount was reduced by half. 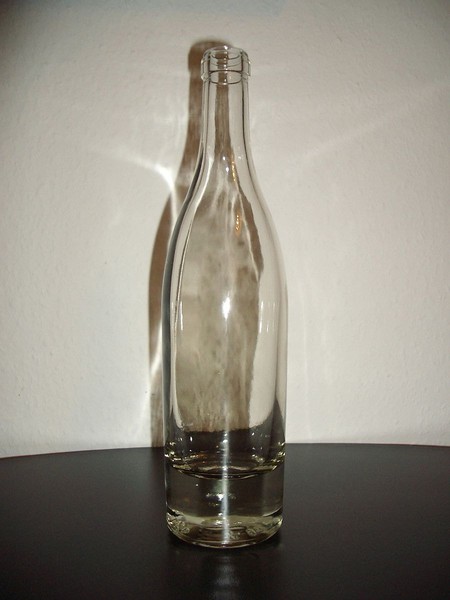 Although introduced during the 16th century, it was the 19th century that saw the introduction of the pot Lyonnais that is still known today. Like the traditional bouchon restaurants, the history of the pot Lyonnais is wrapped up in Lyon’s history of fine silk production (which dates back to the Renaissance). The skilled silk weavers, called les canuts, of the La Croix-Rousse district of Lyon, would typically eat at bouchons after finishing work and, in a fittingly French fashion, they were equally entitled to 50 centilitres (17 ounces) of wine per week paid by their employer.

Therefore, the ‘pot’ started out as a 50-centilitre glass bottle that would be filled with wine from a barrel. However, and sadly for the workers, in 1843, the measure was changed from 50 centilitres to 46 centilitres (16 ounces)—the traditional measure that still exists today. In this way, the bosses were able to make one litre of wine stretch to fill two pots and have a glass leftover for themselves. The pot’s typical glass bottom was consequently thickened to compensate for the missing 4 centilitres (1.3 ounces), which also ensures the bottle’s stability. 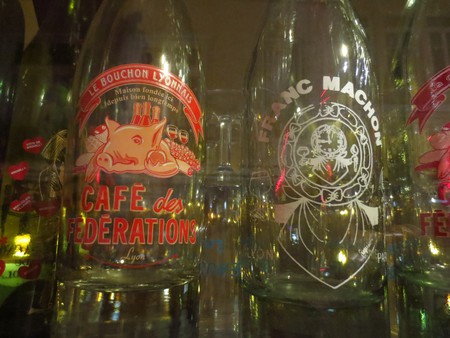 As to be expected, these traditional pots can be found in every Lyonnais bouchon. One old custom is to count the bottles of wine consumed: a linear metre of wine consumed consists of 14 pots side-by-side. However, it’s not just in restaurants where these pots have become commonplace; they are also a staple of Lyonnaise culture that most bars, clubs and even some museums uphold, too. It is possible to find pots of 50 centilitres, and even 25 centilitres (8 ounces) or 29 centilitres (10 ounces)—known as a fillette Lyonnaise (the pot’s little sister), but the 46-centilitre measure is what makes the pot Lyonnais specific to Lyon. 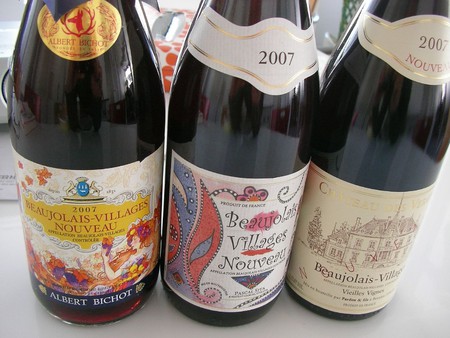 What should you fill your pot Lyonnais with? In theory, there is no limit. If you want to stay regional with your wine choice, opt for Côtes du Rhône, a type of wine made in the Rhone wine region of France situated on the left and right banks of the Rhone river, which passes through Lyon.

If you still haven’t had your fill of history and tradition, the Beaujolais Nouveau should quench your thirst. Officially released at midnight on the third Thursday of November, the arrival of the Beaujolais Nouveau is accompanied by huge celebrations every year. The wine is produced in the Beaujolais region just north of Lyon, where the Rhône, Saône and Beaujolais rivers converge. On its release, barrels are traditionally floated down the river Saône to Lyon to signal the start of the three-day festivities. 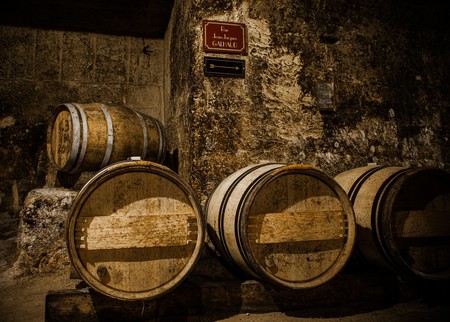 When you order your Lyonnais ‘pot’ of wine, you’ll not only be indulging in some of the best wine in the world, but also embarking on an enriching cultural and historical experience.