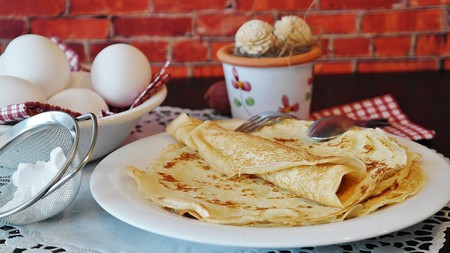 One of the first things that visitors to France have on their bucket list is to try an authentic French crêpe that the French would eat themselves, not a soggy specimen sold from an overpriced tourist trap. Here’s our guide to the best outside Paris.

The French word “crêpe” comes from the Latin word, “crispus” meaning curled. The ‘e’ is flat so it’s pronounced, “crep”. They are sometimes called “galettes”, meaning flat cakes. They originate from Brittany in the north-west of France where they were originally made from locally grown buckwheat (black flour). They began to be made with white flour at the turn of the 20th century when it became less expensive. There are many much-loved restaurants in Paris that serve crêpes, but here’s a few of the best outside of the Capital. Unsurprisingly, many are in the north-west region or on the south coast (another crêpe loving region). 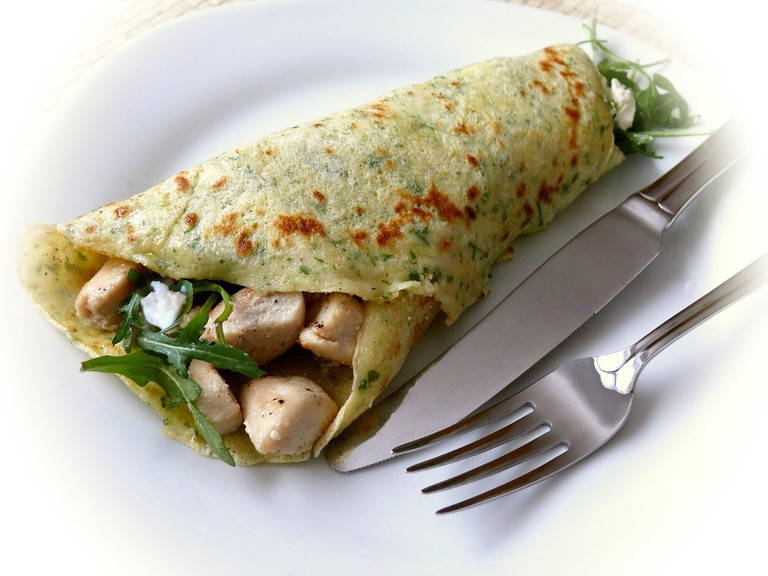 Crêpes are from the north-west of France | © congerdesign/Pixabay

The Crêperie des Promenades is in the centre of this Breton town on the north-east coast of France. It’s a casual place, with wooden tables where the crêpes are made from traditional recipes. The cheapest crêpe starts at €2,80. What’s more, everything is organic and they have a buckwheat menu too. One of the favourites is a buckwheat crêpe with local goat’s cheese and seaweed.

The Breizh Café in Saint-Malo does crêpes with a Japanese spin. It’s a chain, with a branch in Paris as well as various branches across Japan. Locals love the flambéed yuzu and Grand Marnier crêpe suzettes. They also do crispy galettes with cream of tofu-sesame and tsukemono (pickled vegetables) and bowls of broth. This is truly Franco-Japanese fusion. 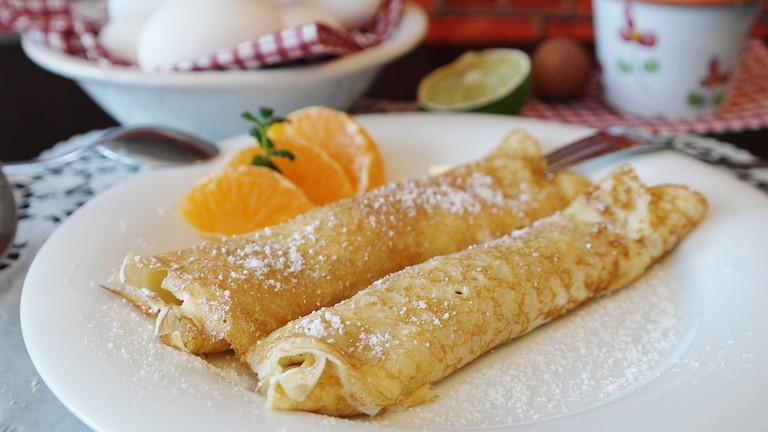 Crêpes come from the Latin word "crispus" meaning rolled | © RitaE/pixabay
The Coin des Crêpes (meaning Crêpe Corner) is in the centre of Nantes. It’s known for being lively and modern, with a great line in cider and sweet buckwheat pancakes. They carefully source all of their ingredients from local suppliers and locals love them for their buttery flavour.
Open In Google Maps
2 Rue Armand Brossard, Nantes, Pays de la Loire, 44000, France
+33240353936
Visit Website
Give us feedback

In the south of France, locals usually worship a different kind of crêpe – socca, the local chickpea pancake. You can find the best places to try them around Nice and Cannes here. The Café Breton specialises in the north-eastern variety, using organic flour and ciders. The food is 100% home-made. 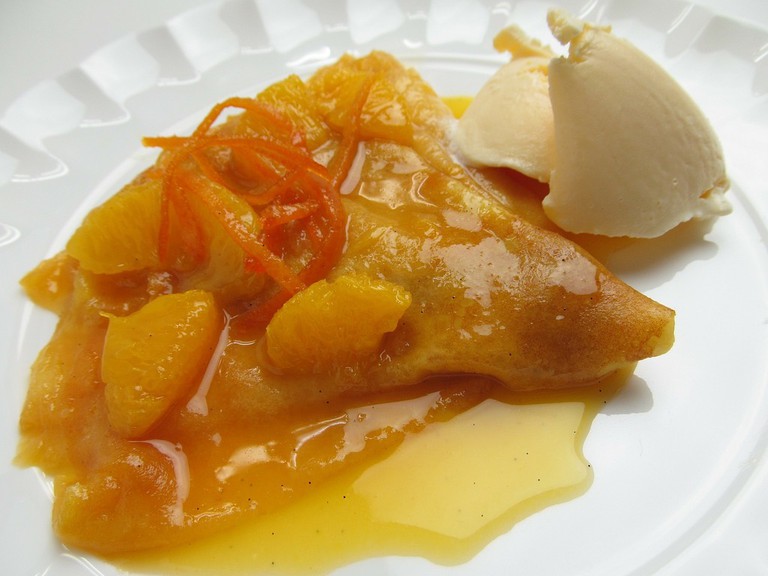 The Café de Paris is confusingly not in Paris but in Monte Carlo in the principality of Monaco. So technically, it’s not in France, but it’s been included because it’s home to the Crêpe Suzette, which is made from caramelised butter, tangerine and Grand Marnier liqueur – which is set alight just before serving. There are different stories about how the Suzette came to be created. Perhaps it was an accident when the Head Chef accidentally set the crêpe alight before serving it to the Prince of Wales, who loved it so much, he ate the sauce with a spoon. Another story suggests the crêpe was set alight to attract the audience’s attention during a show. Apparently, the use of liqueurs was commonplace among chefs at the time. Regardless, the crêpe and the restaurant has remained in common culture. The Café de Paris is almost permanently open and mythical in Monte Carlo; a place where you’ll get breakfast at midnight, if you want it, and its terrace is the place to meet everyone.

Outdoors, Traditional, Stylish
Give us feedback