10 Local Restaurants You Will Love In Bordeaux, France

Bordeaux in South-West France is the world’s most highly revered wine-growing region. Steeped in history and culture, the city has a local cuisine that ranges from foie gras and truffles to ripened cheese and Atlantic seafood. We have selected ten of the best restaurants in this epicurean hotspot. 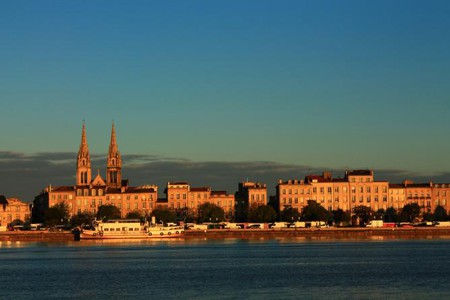 As the name suggests, Septième Péché, or ‘Seventh Sin, is an invitation to indulge. Once behind the red curtain of this sparsely decorated yet intimate restaurant, get ready to savour a menu of natural products transformed into audacious works of art by German-born chef Jan Schwitalla. Awarded a Michelin star in 2011 at the young age of 29, Schwitalla’s signature dishes include Oeuf Ozen, an egg cooked at 64° served with truffle and water cress coulis and a vélouté of artichoke. His re-visited black forest gateau is far from traditional, and expect to find potatoes that resemble stones thanks to a thin film of culinary clay among the appetizers. No wonder the Septième Péché is just a stone’s throw from Bordeaux’s museum of contemporary art.

Ideally located opposite Bordeaux’s cathedral, the terrace of Le Bistro du Musée offers the best view of this magnificent edifice and its neighboring city hall. Inside, stone walls bearing vineyard tools and quotes about wine by French writers steal the show. The menu promises the best of the south west, ranging from sweetbread in a sweet white wine from the Pyrenees, pacheren de vic bilh, to slow-roasted lamb shank with preserved lemons or whole duck comprising grilled breast, confit wings and fried liver. The restaurant also has a great selection of 50 Bordeaux wines.

The Café du Port is an ideal setting for a sumptuous waterside meal while enjoying panoramic views of the city’s bridge le Pont Saint Pierre, Saint Michael’s 16th century spire, and the rippling waters of the river Garonne. The menu is based on seasonal products and sud-ouest cuisine, including oysters, a wide range of shellfish, foie gras accompanied by a carefully selected wine and a side of beef with the famous sauce bordelaise. The cheese board comes from the celebrated master of cheese, Jean d’Alos, whose cheese cellar in the Chartrons area of the city is a temple for any cheese connoisseur.

Brasserie, Restaurant, Pub Grub, French, 0
Facebook
Email
Twitter
Pinterest
Copy link
Share
Situated in the heart of Bordeaux and one of the oldest brasseries in town, les Bordelais (the locals) have been coming here for some 100 years, and not only for its gastronomy. Every Thursday evening trendy locals gather for the Sweethour, a version of happy hour, which finishes on the brasserie’s dance floor. Friday night is cocktail and tapas night. But on any day of the week Pompon will welcome you to savour a hearty lunchtime or evening meal. No airs and graces, just good food and wine in a friendly atmosphere. Look out for Bordeaux’s traditional cannelé among the selection of mini-desserts that come with the café gourmand.
Open In Google Maps
Give us feedback

If you arrive in Bordeaux by rail, you can’t miss the Café du Levant nestled among the modernized buildings and fast-food establishments of the Gare Saint-Jean. Founded in 1923 and known by the locals as Le Soleil Levant (The Rising Sun) due to the prominent feature of the façade this voluminous restaurant has been restored to its original art nouveau style. You can feel the hustle and bustle of a typical Parisian café de la gare, working to the rhythm of arrivals and departures. The menu comprises traditional dishes made from seasonal produce and a wide variety of shellfish. Chef Steve Judith’s choucroute from the Alsace region is a sure winner after a long train journey. 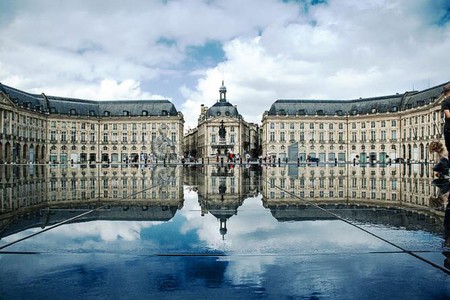 An historical address for many a gourmet traveller, merchant or celebrity since 1825, today’s Le Chapon Fin combines rich history with a sumptuous menu of contemporary cuisine. The spacious dining area is set in an art nouveau style indoor garden designed by architect Cyprien Alfred Duprat and featuring a grotto and pillars decorated in stone basketry. A guided tour of the vast wine cellar is a great way to continue soaking up the atmosphere of this upscale establishment in the neighbourhood of the Marché des Grands Hommes.

Restaurant, French
Facebook
Email
Twitter
Pinterest
Copy link
Share
Map View
Tucked away in the heart of historical Bordeaux and near the mediaeval Grosse Cloche belfry, Le Vin rue Neuve is an upbeat restaurant in a 14th century building run by epicureans Antony and Stéphanie Barcelona. Le Vin rue Neuve’s chef Djodje Ercevic works with local produce and encourages diners to follow his gourmet instinct by proposing a carte blanche. A large selection of wines served by the glass gives you a free rein to move from vintage to vintage as the meal progresses.
Open In Google Maps
23 Rue Neuve, Bordeaux, France
+33556431749
Give us feedback

The ancient building of the Bella Vita, situated in the historical part of town close to the Aquitaine museum, has undergone a modern makeover with designer chairs, transparent bar stools and two enormous bottles carved out of wood propping up the bar. For a more casual meal you can order your food tapas style. Try a sweet and savoury combination such as mango with fresh prawn tartar or fresh goat’s cheese with grapefruit and honey-based vinaigrette from the refreshingly modern menu.

A lovely space with vaulted ceilings opening out onto a magnificent rooftop terrace the Café Andrée Putman is situated on top of the Museum of Contemporary Art. Set in a converted warehouse, the interior design bears the signature of the late internationally acclaimed Andrée Putman herself and the walls boast works by English artist and sculptor Richard Long. Open only during the day, the Café Putman is a great place for a casual weekend buffet brunch offering an extensive spread of homemade quiches, madaleines, salads and seafood cocktails. The weekday menu is more gastronomic, offering traditional cuisine with a touch of creativity. 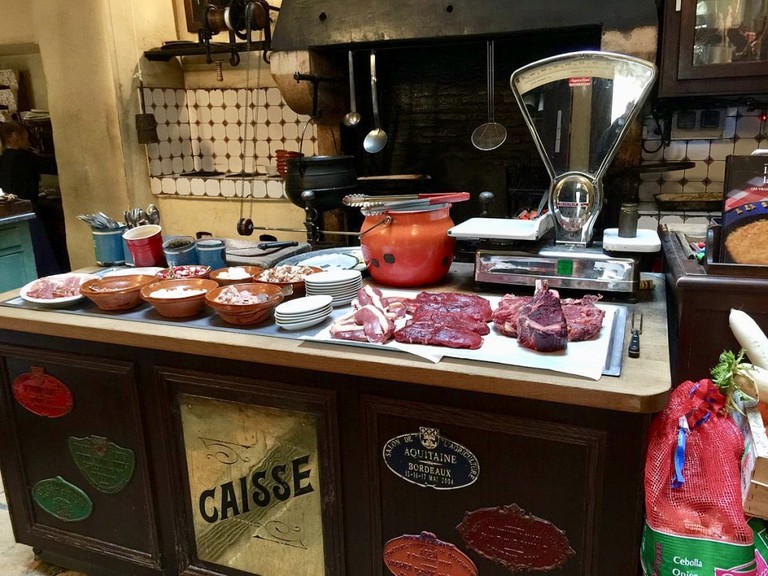 The cordial atmosphere is one of the many perks of La Tupina | © Langldure/ WikiCommons
No other restaurant in Bordeaux can do down-to-earth sud ouest cuisine like chef Jean-Pierre Xiradakis, who has been serving lamprey with leeks, grilled magret and freshly hunted game at La Tupina since 1968. An open fireplace with hanging tupina (cauldron in Basque), and rustic furniture filling every nook and cranny give the restaurant its authentic farmhouse feel. Sides of beef are displayed and weighed before being grilled in the hearth and old-fashioned desserts including La Confiture de Vieux Garçons (literally ‘bachelors’ preserve’ but, in form, fruit preserved in alcohol) live on in this museum of gastronomy.
Open In Google Maps
6 Rue Porte de la Monnaie, Bordeaux, France
+33556915726
Visit Website
Give us feedback