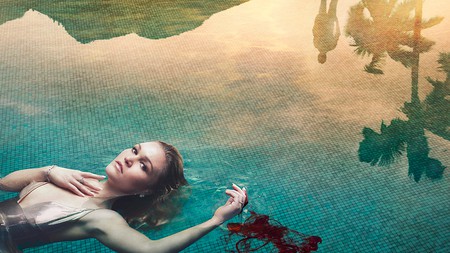 Riviera is showing on Sky and follows the life of Georgina Clios, played by Julia Stiles | © Sky Atlantic

In Riviera, Julia Stiles plays the second wife of a rich banker, who mysteriously dies in a boating explosion. It’s only after his death that she realises that all was not as it seemed with his business interests. The thriller is new on Sky Atlantic and has broken box office download records. Here’s what you might learn about the real French Riviera by watching it.

Neil Jordan who wrote and directed the cult movie, The Crying Game and John Banville who won the Booker Prize with his novel, The Sea are listed as the writers. They wrote the pilot as a dark thriller set on the Cote d’Azur, after an idea from U2’s ex-manager of 25 years, Paul McGuinness. After the pilot was written, they pulled out due to irreconcilable differences with McGuinness and Sky, who were looking for something with more sex that would appeal to a wider audience. They’re not too happy to be still listed on the credits. It’s Dynasty on the French Riviera – a sort of European hybrid of cult US TV show Revenge, where you might even learn a little about the real Riviera in the process.

Monaco is a tiny city-state on the Mediterranean coast, known for its upmarket lifestyle and rich residents as well as its casinos – the main district is Monte Carlo. When Georgina Clios’ husband gets blown up on a boat, we learn that rather conveniently it was sitting in Monaco’s waters. This means that the family do not have to pay inheritance tax on most of their assets. It seems that his death was very convenient to them all. 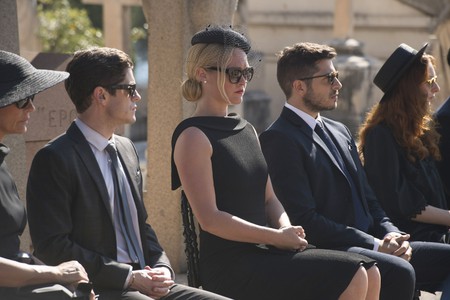 Art is a great way to launder tons of cash

It’s possible to launder dirty money in the art world by buying up lots of paintings. It’s increasingly true that as other assets become more scrutinised by governments, people have turned to the “opaque world of art” to hide their cash. The art world is one of the least regulated, where paintings change hands between private art dealers without anyone knowing. Several countries have freeports where art can be deposited and stored for years without paying tax – it’s technically seen as being in transit – and where no one can see it. Art is regularly bought and sold in this way. It’s all a good fit for the French Riviera, which has long-running links to the mafia and organised crime. In the TV show, Constantine Clios has been doing this under his wife’s nose without her knowledge, despite the fact that she’s the art dealer and has been buying the paintings on his behalf. A few episodes in, the entire art collection is confiscated by the police. 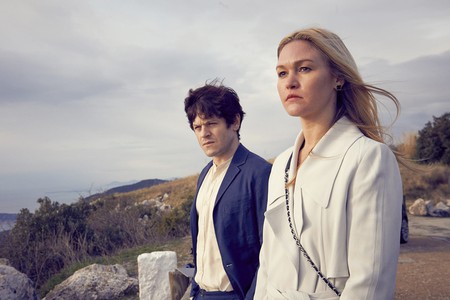 The French Riviera has some fantastic scenery and locations

It isn’t exactly a surprise to learn that the French Riviera has some wonderful landscapes (it’s the reason why the property here is some of the most expensive real estate in the world and why everyone visits on their holiday). But it’s clear that the scenery is the real pride of this show – whether it’s the meeting held beach-side to disclose dodgy art dealings over a pre-lunch martini, or the houses lit up by firework displays during crazy parties. Actor Adrian Lester, who also directed two episodes, said that it made his job much easier because everything was just so beautiful to shoot. 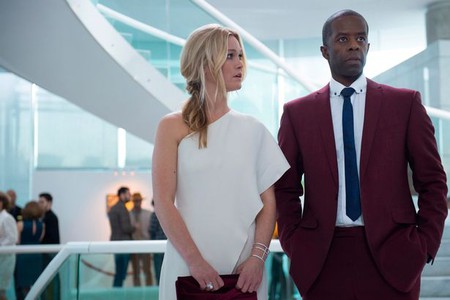 The French Riviera has some amazingly large super yachts

In one of the opening scenes, Georgina’s husband gets blown up on a super yacht during a party full of beautiful people who are involved in a “sophisticated orgy”. (The actors were locals who turned up after Sky Atlantic asked for extras who looked beautiful). The boat that was used is one of the largest in the world. It’s 55 metres long and cost $50 million. It’s owned by Scottish billionaire Douglas Barrowman, who agreed to loan it to Sky Atlantic as long as it didn’t really get blown up! The French Riviera is well known for its super yachts, particularly St Tropez, where it’s de rigueur for celebrities to hitch a ride with their favourite oligarch and party into the early hours. Apparently, bigger is not always better when it comes to yachts – you can’t get a yacht bigger than 100 metres into the port of St Tropez. 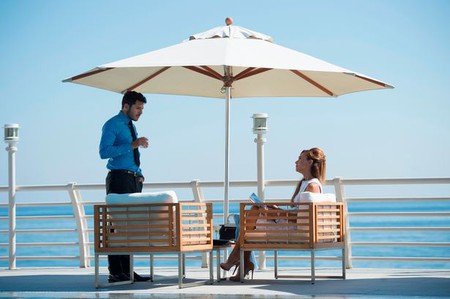 Riviera is available to download as a box set from Sky Atlantic.