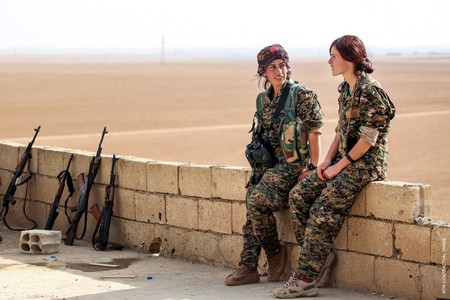 Beyond incorporating a vague liberalism, there is no given formula for directing a Palme d’Or winner. Frequently, the Cannes competition jury even makes a critically invalid choice.

When the Palme d’Or is awarded at Cannes’ closing ceremony on Saturday, the winning film chosen by the jury from the 21 Competition entries will, rightly or wrongly, cement its place in cinema history. Judging from the buzz coming out of Cannes, among this year’s strongest contenders are Spike Lee‘s BlackKklansman, Alice Rohrwacher’s Happy as Lazzaro, Hirokazu Kore-eda’s Shoplifters, Abu Bakr Shawky’s Yomeddine, Eva Husson’s Girls of the Sun, and especially Pawel Pawlikowski’s Cold War. 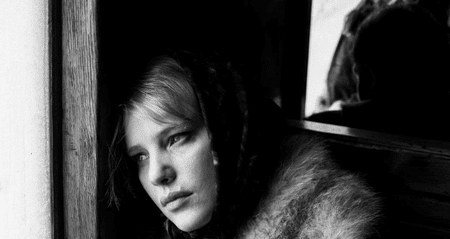 It is, however, a fool’s errand predicting which film will win the Palme d’Or. One notion that should be set aside is the film’s critical value. The juries—made up of filmmakers, actors, and occasional other artists, not by critics—over the years have demonstrated a tendency to overlook the best films in the competition and choose winners that struck a chord with them collectively or seemed of the moment. In 1990, for example, Wild at Heart—a David Lynch film that’s not in the same league as his Blue Velvet (1986) or Mulholland Dr. (2001)—unaccountably won the Palme d’Or over Jean-Luc Godard’s Nouvelle Vague, Ken Loach’s still underrated Hidden Agenda, and Zhang Yimou‘s Ju Dou.

More recently, in 2014, Nuri Bilge Ceylan’s stolid (to the point of turgid) Winter Sleep won the Palme d’Or, which cried out to be awarded to Olivier Assayas’s Clouds of Sils Maria, Godard’s Goodbye to Language, or Andrey Zvyagintsev’s towering Leviathan. In 2016, Loach’s conscientious but unremarkable I, Daniel Blake took the Palme d’Or when the consensus was that Maren Ade’s Toni Erdmann should have won. The history of winners and losers is littered with such anomalies.

Great winners of the last 20 years—including the Dardenne brothers The Child (2005), Cristian Mungiu’s 4 Months, 3 Weeks and 2 Days (2007), and Apichatpong Weerasethakul’s Uncle Boonmee Who Can Recall His Past Lives (2010)—have been interspersed with dubious choices, including Lars von Trier’s Dancer in the Dark (2000), Terrence Malick’s The Tree of Life (2011) and Abdellatif Kechiche’s Blue Is the Warmest Color (2013).

“What makes a Cannes winner” becomes a conundrum when there are no set criteria for the victorious film. Liberalism, egalitarianism, and humanitarianism, in general, are theoretically requisites but that doesn’t really explain the Palme d’Or wins by such acerbic or dark social critiques as Michael Haneke’s White Ribbon (2009) and Ruben Östlund’s The Square (2017). As younger jurors have been invited to participate, old-fashioned auteurist clout has decreased as a factor in winning the Palme d’Or. Yet don’t rule out Jean-Luc Godard’s reportedly dazzling The Image Book from winning the golden palm this Saturday.

If prevailing winds are a factor this year, the makeup of the nine-person jury may be important. Cate Blanchett and her four female colleagues may decide that one of the three women filmmakers competing deserves to be honored, on merit of course. Since only one woman—Jane Campion (The Piano, 1993) has directed a Palme d’Or-winning film in the festival’s seven-and-a-half decade history, destiny may play a part in anointing a second in 2018. It would be a warning to the Cannes selection committee to choose more films directed by women in the coming years.