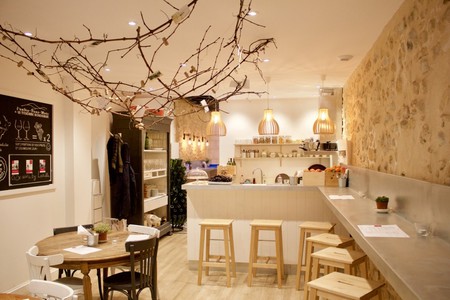 When most wine bars compete to bring the largest diversity of vintages to their customers, Estelle Roumage and her team took an opposite stand and decided to open “Un château en ville,” the first in-town chateau in Bordeaux, and serve exclusively Entre-Deux-Mers wines from the Château Lestrille, a wine property in Saint Germain du Puch owned by the Roumage family. To learn more about this amazing venue and about Estelle Roumage, now managing director at Château Lestrille and the architect behind “Un château en ville,” keep reading.

Wine was always part of Estelle Roumage’s life, so when she took over the family property in 2001, it was not overwhelming but felt like a natural thing.

“I never felt pressured to continue my family legacy, I felt free to do so,” she said. “I studied and worked abroad for eight years, but despite being away from the family property, I always gravitated around the wine industry.” 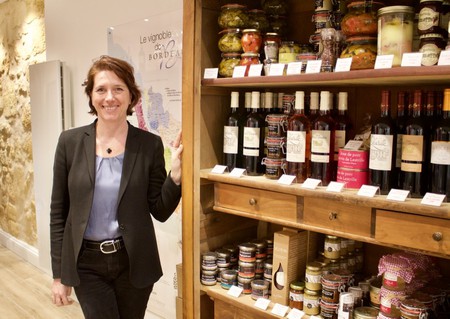 Her grandfather was the first person to introduce her to the wine experience.

“When you grow up in a family of winemakers, you get introduced to wine at a very early age,” she says.” I have a vivid image when it comes to my first memory with wine. I was very young, and remember entering with my grandfather his wine cellar where he would pick which bottles my family would drink during our Sunday lunch. It was a very organized ceremonial.”

While she didn’t engage in tremendous changes regarding the production process, her commercial background and experience overseas proved to be a valuable asset to increase the property’s profits.

“When I started, we were not exporting our wine; it now represents 50% of our sales revenue. My dad is retired but he still gives us a hand when we have a lot of people visiting the property. Our clients come from European countries, a bit from the U.S., Japan, and South Korea.”

Today, the Château Lestrille is a chateau praised by the local and foreign tourists for the quality of the wine, the excellent and original products sold at the in-house boutique, and activities offered all year around. 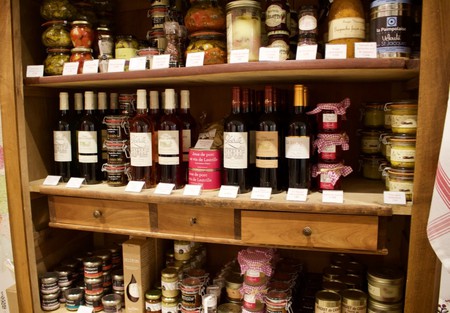 Although the opening of Un château en ville is very recent (December 2017), it is the result of a long process started about 10 years ago.

“I started to think about wine distribution,” she says. “In the recent years, the consumer has become more interested in meeting and engaging with the winemakers. We started with a boutique at Lestrille and now that we have renovated my grandparents’ house situated on the property, we are able to host people too. Once a month, we organize events there in which we pair excellent food with our wines and we often invite local producers we work with.”

During that time, she noted that Bordeaux locals were reluctant to come to the property, which contrasts with other countries like the United States, where it is very common for people to hop on a car for a road trip across the Napa Valley for the weekend.

“Since they were not coming to us, we decided to come to them,” she says with a smile. 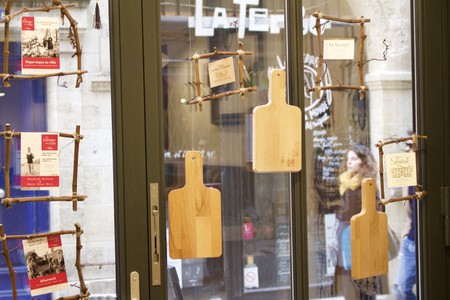 Un château en ville distinguishes itself by its originality in terms of what type of foods guests can nibble on while they are there.

“Before we opened, I visited almost every wine bar in the city,” Mrs. Roumage says. “I noticed that although bars and restaurants were always almost full, there was a change in the way people consumed food. Nowadays, they are looking for spots where they can get together while snacking on a bunch of things.”

Clémence, who works at Un château en ville, applauds Roumage’s ability to see opportunities and act on them to provide a better service to her clients.

“Estelle made a very smart move by offering a different choice to our guests who are used to pairing wine with either cheese or delicatessen,” she says.” Although there is nothing wrong with that, we were happy to propose products you wouldn’t automatically associate with wine. And from the positive feedback we got from several customers, we will probably continue to innovate in the future, our goal being to bring out the best experience to everyone.” 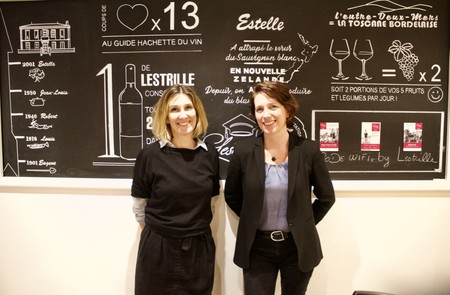 Among the major perks of this place, the best is that you get high-quality food and wine for a very affordable price (prices vary from 2.50 to 5 euros per glass and from 4 to 20 euros for the food). You should not leave the in-town chateau without having a glass (or two) of “Le Secret,” Château Lestrille’s signature wine and best seller. A 2010 Bordeaux supérieur, “Le Secret” won the first prize among 300 wines from all over the world at the “Mondial du Merlot,” a prestigious contest organized in Switzerland. 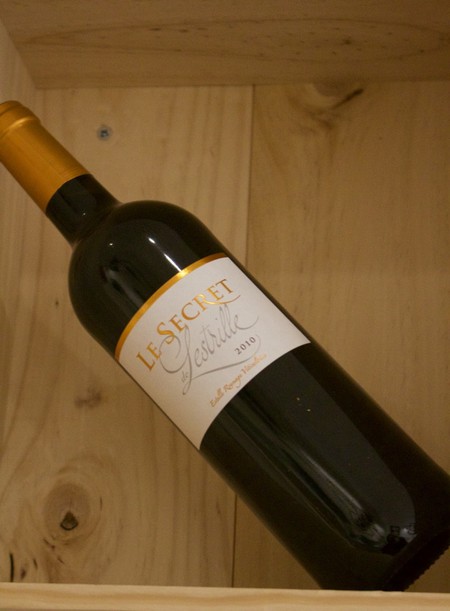 “Wine is often seen as a very exclusive product only experts and wealthy people have access to and frequently, people who visit the Château Lestrille apologize for not being wine ‘connoisseurs,’ which is something I totally disagree with,” Roumage says. “I consider wine to be an affordable product that we should associate with pleasure.”

And for those who consider Entre-Deux-Mers wines are not as prestigious as the other well-known categories, Mrs. Roumage has the perfect answer.

“In other countries, people have a more laid-back approach when it comes to wine,” she says. “They are more looking for appreciation and are very open-minded. Also, when foreigners come to the region, they don’t make a distinction between a Bordeaux supérieur and an Entre-Deux-Mersn wine. They are just happy to be drinking a Bordeaux.”

While you are there, make sure to share one of the delicious platters named after the members of the Roumage family.

Another asset of this venue is its great location, which is on Saint James Street, one of the coolest streets in Bordeaux and one of the busiest during summertime.

“We were very lucky to find the perfect spot,” Roumage agrees. “In fact, between the moment we decided to open the first in-town chateau and the actual opening, it took us three years.”

“I think that what people like is the great atmosphere brought by the fantastic team I have a chance to work with,” Roumage says. “We try to bring a familial touch and want our guests to feel welcome and as if they were in a cocoon.”

When asked about what she likes the most about her work, diversity is what comes first to her mind.

“The different aspects of my work makes me feel that I am doing several jobs at once,” Roumage says. “Each season brings a degree of uncertainty, as we can’t predict natural disasters or the way our production will come out. Last year, we lost 70% of our production due to the extreme cold winter, but we are hopeful that this year will be better.”

“Globally, I think that people are more and more interested in wine,” she says. “In countries like France, Italy, or Spain, the intake per person has decreased in the recent years, not because people don’t like wine anymore but because they prefer to drink on special occasions.” 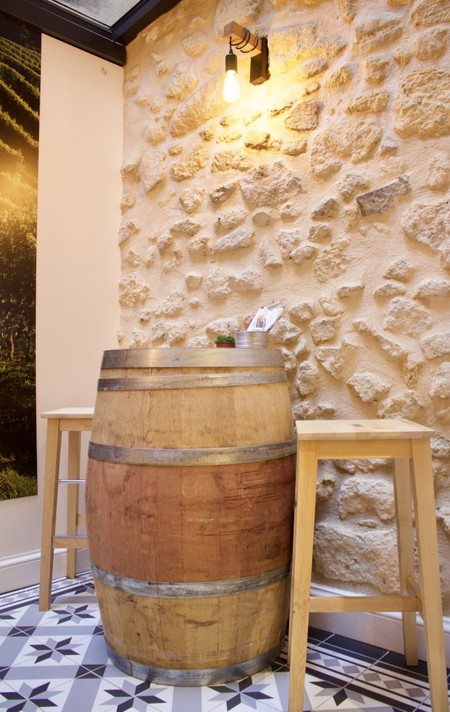 With the success of this first venue, Estelle Roumage hopes to open another one soon.

“We would love to open a second Un château en ville because I believe that the Entre-Deux-Mers wines pair well with almost every food and they are a great ambassador of the Nouvelle Aquitaine region.”

Estelle and her team hope to see at Un château en ville during your next visit to Bordeaux! Cheers!