Understanding the Startup Ecosystem in Bordeaux 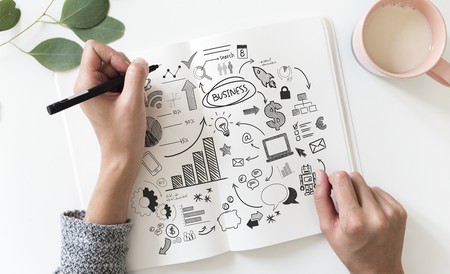 Bordeaux is a very attractive city, not just for tourists, but also for startups. With a constant effort from local officials, organisations and different communities to boost the city’s economic development, a startup culture has developed throughout the region in the past couple of years. Meet the different actors of the startup ecosystem and find out why Bordeaux has what it takes to become the epicentre of a ‘French Silicon Valley’.

When it comes to Bordeaux, the first thing people mention is the worldwide pedigree of its wines and beautiful architecture, which makes it a praised international destination for holidays. Yet, the recent transformations of the city’s landscape in different sectors have favoured its economic development and the emergence of new business structures.

François Luc Moraud, a well-seasoned entrepreneur who has occupied diverse positions in the digital world in Bordeaux and who frequently coaches startups, has been part of the local entrepreneurial environment for several decades and has witnessed the transformation of the city’s business ecosystem. 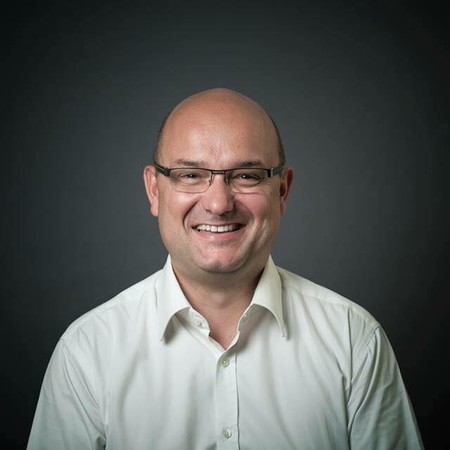 “Bordeaux has many assets”, Moraud says. “Its ecosystem is one of the most active in France due to its wide range of graduate programs, business clusters, accelerators and incubators. Just to name a few, the campus of the University of Bordeaux has the IDEX label, which is a recognition of its excellence in terms of research. Every year, it attracts thousands of researchers with a large portion of the researchers being foreigners”.

In addition to this, associations supported by the city officials, such as French Tech Bordeaux, Aquinum, Unitec or Le Village by CA Aquitaine, have been launched in recent years with the objective to help entrepreneurs and startups in their journey.

For instance, French Tech Bordeaux is a collective initiative whose goal is to bring entrepreneurs, engineers, developers, investors, big conglomerates, the media and many other actors of the ecosystem together in order to build a solid community and increase Bordeaux’s economic activity. Very active at the local level, French Tech Bordeaux also works closely with the French government on several initiatives. By doing so, startups will become more competitive on a global scale. French Tech Bordeaux has also developed international partnerships with very active cities such as Quebec, London and several African cities.

If there is a proliferation of startups in Bordeaux, there are sectors that clearly stand out.

“Many startups in the e-health sectors in Bordeaux are recognised for their expertise and innovative products at the national level and beyond”, Moraud says. “CHU Bordeaux (the university hospital) is one of the best in France and neuroscience is a domain that is becoming more prominent in the region, partly due to the creation of Neurocampus in 2017, which gathers about 650 researchers from all over the world”.

The digital sector also plays a big role in the city’s startup ecosystem and several startups in the region build products in order to answer some of the global issues we will face in the near future.

“To name some of the startups with very innovative solutions, I would cite Deski, a startup that has developed an artificial intelligence in order to provide a faster and more accurate analysis of medical imagery. Poietis is also a very promising company, which is specialised in the laser-assisted bioprinting of living tissue”, Moraud says. 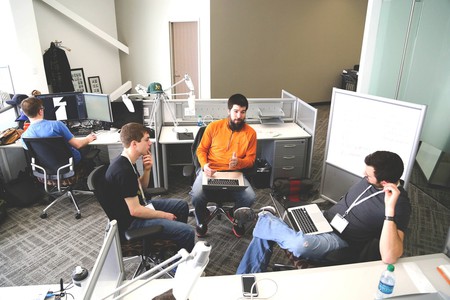 Moraud also mentions the good standing of e-commerce and fintech startups. According to the website Invest in Bordeaux, the city’s agency that facilitates the implantation of companies in Bordeaux, the city is France’s second-most attractive metropolitan area (after Paris) for business leaders and one of the country’s most dynamic cities in terms of intensity of investment. Besides, the opening of the LGV train line that links Bordeaux and Paris in only two hours has encouraged many big companies to open offices in the city, which was great news for a job market that was a bit slow until then.

With several local startups getting more and more attention at both national and international levels, the question of building venues that may enable startups and entrepreneurs to build projects with a global reach – and get in touch with potential investors – became part of the conversation.

The highly anticipated opening of Héméra‘s new office, Bordeaux’s biggest accelerator, is definitely making waves in the city’s startup ecosystem. Indeed, the new venue will be a 1900 metre square space dedicated to entrepreneurship and innovation.

“We want to create an environment that will enable startups to grow faster”, says Julien Parrou-Duboscq, president and co-founder of Héméra. The new site will have a capacity of welcoming about 200 people. Another asset that already makes this venue stand out is that it will have a restaurant and other leisure equipment open to the public. 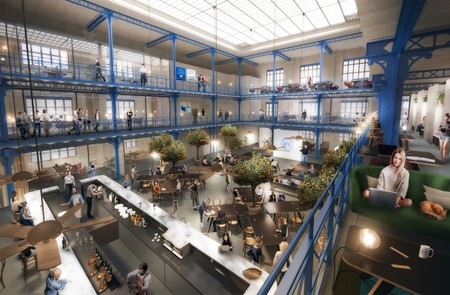 If the ‘startup adventure’ brings exciting perspectives to the region, launching a startup and becoming an entrepreneur might be worrisome for some.

Indeed, the fear of the unknown is often the reason why people hesitate to venture into the startup world. This was the case of Adriana Peyrouse who initially did not think that she fit in this environment.

“I studied political science at Sciences Po, so the startup world was very far from my mind”, she says. “I met entrepreneurs and after a while, I decided to get involved by organising startup weekends and I am now the founder and community manager at ADN Startup”.

ADN Startup is an association whose purpose is to encourage new entrepreneurs to develop innovative projects and to guide them in their startup venture. Networking events, workshops and startup weekends are regularly organised in order to create a solid community of people who can help and support each other.

Similar to ADN Startup, the networks Les Premières and LConnect Bordeaux are led by successful women entrepreneurs who share their experience and expertise with the new generation of female leaders.

If the future looks very bright for the startups here in Bordeaux, there are still some challenges to overcome in order to become the centre of a ‘French Silicon Valley’ and a prominent international capital for business.

“Understanding how the startup ecosystem really works is still a challenge for many entrepreneurs in Bordeaux”, Moraud says. “Although local structures encourage startups to support each other and collaborate when needed when visiting or participating in fairs abroad, this process needs to be more organised”. 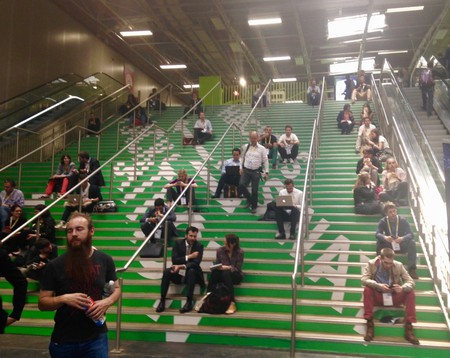 According to him, pushing the practice of foreign languages in schools is also crucial for local students in Bordeaux but foreign students will find the city more appealing as well.

“Kids, but also international talents, will have an additional reason to live and start their entrepreneurial venture in Bordeaux”, he says.

He also points at the importance of launching projects in the city with a global strategy from the beginning.

“Nowadays, most of the apps we are using are made in Sweden, China or in California and manage to have a global reach. Apps created in Bordeaux need to have a similar outlook. If Bordeaux and its metropolis aim to become the ‘French Silicon Valley’, the initiatives developed in the region need to at least have a vision encompassing the European Union”, he says. “Being open to the world and its diversity is the key to success. In the past, what has prevented some projects from really taking off was a tendency to favour inner circles instead of being more open. Luckily, this is changing, which is a good sign of Bordeaux’s economic interest for outside investors”.

It seems that Bordeaux’s startup ecosystem is still at its premises but has everything to become a heavyweight of France’s business development.

“I am very optimistic because if you walk around the city, you hear many different languages in Bordeaux, which was not the case five or 10 years ago”, Moraud says. “This phenomenon goes beyond the touristic season, which is proof that Bordeaux is a formidable environment to visit during the holidays, but also a great place to be an entrepreneur”.