Transformed by Belief: The Intriguing Town of Lourdes 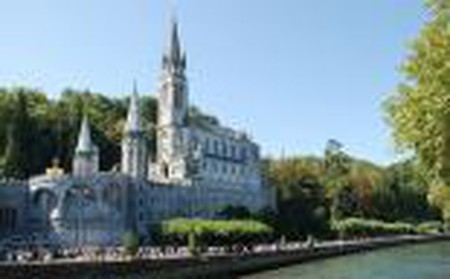 The celebrated town of Lourdes was once a quiet, modest country-town, rarely visited by outsiders. However in 1858 everything changed due to the apparitions which took place on the remote Grotto of Massabielle. Today thousands of pilgrims and tourists visit the site and the rest of the town, making the Sanctuary of Our Lady of Lourdes one of the world’s leading Catholic Marian shrines. We take a look at the site, and three other unique places worth a visit surrounding this monumental commune in Southwest France. 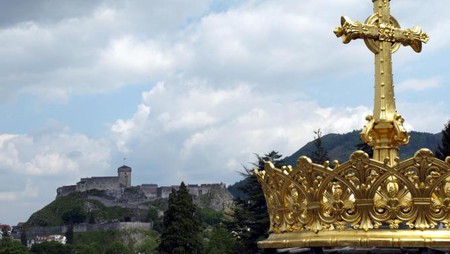 Before the historic happenings in 1858, Lourdes housed just 4,000 inhabitants. Located in the Southwestern Pyrénees, people mainly passed through on their way to the waters at Bareged, Cauterets, Luz-Saint-Sauveir, Bagneres-de-Bigorre and Gavarnie. On 11 February 1858, a 14-year-old local girl, Bernadette Soubirous, claimed a beautiful lady appeared to her in the Grotto of Massabielle 18 times. The lady later identified herself as ‘the Immaculate Conception’ and many believe her to be the Blessed Virgin Mary. By 1859 thousands of pilgrims were visiting Lourdes and in 1864 a statue of Our Lady of Lourdes was erected at the site by the Lyonnais sculptor Joseph-Hugues Fabisch. 1983 and 2004 saw Pope John Paul II visit the shrine and in 2007 Pope Benedict authorised special indulgences to mark the 150th anniversary of the 1858 events. Due to these happenings this small town has become one of the major tourist destinations in Southern France. 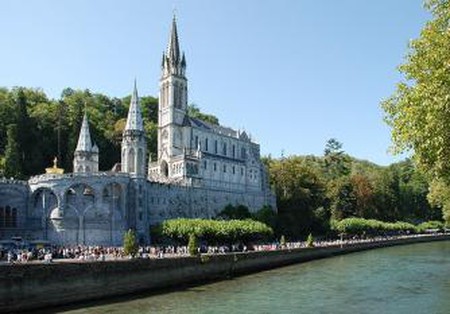 Sanctuary of Our Lady of Lourdes

The sanctuary has become a top destination for pilgrimage, with the Lourdes water believed to miraculously heal the sick. Visitors bathe in the Gave de Pau river, in which sits the Massabielle rock. On the northern aspect of this rock, near the riverbank, is the naturally occurring and irregularly shaped shallow cave, or grotto, where the apparitions took place. The figure always appeared in one place, a niche above the main cavity of the grotto, in which a wild rose bush was growing. Among the instructions from ‘the Virgin’ to Soubirous were the commands ‘Go and drink from the spring’, ‘Go and tell the priests to build a chapel here’, and ‘Have the people come here in procession’. These three instructions in particular encouraged local priest Abbé Dominique Peyramale together with his bishop, Monsignor Bertrand-Sévère Mascarou Laurence, to buy the grotto and the land around it from the commune in 1861. Immediately they set about modifying the area to make it more accessible to visitors, and started work to build the first of the churches, which is now known as the Crypt. Today this ground is owned and administrated by the Roman Catholic Church and has several functions, including devotional activities, offices and accommodation for sick pilgrims and their helpers. 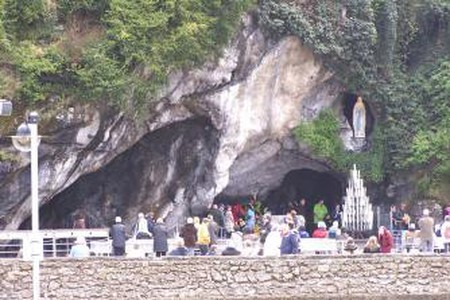 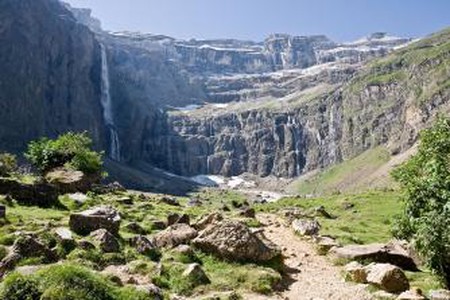 The Cirque de Gavarnie is a cirque nearby Lourdes, a popular destination featuring stunning views of La Breche de Roland and the Gavarnie Falls. Visitors usually travel to the village of Gavarnie by bus or car and are recommended to walk the rest of the way. The walk can take up to two hours, and passes the Napoleon Bridge and numerous small villages. Located within the commune of Gavarnie, the department of Hautes-Pyrenees and the Pyrenees National Park, the cirque is around 800 meters wide at the deepest point and 3,000 meters wide at the top, with an overall drop of over 400 meters. Gavarine Falls is the largest of its kind in Europe and The Brèche de Roland forms the boarder between France and Spain. Legend has it that La Brèche de Roland was cut by Count Roland as he threw his sword down when he was mortally wounded during the battle of Roncevaux Pass. When it hit the rock it created this doorway to Spain, forming this large breach in the upper layer of the cirque. To reach La Brèche visitors need to climb the Echelle de Sarradet from the bottom of the Cirque de Gavarnie. Once there travellers can expect to see views far into Spain, with its Grand Canyon-like Ordesa National Park. 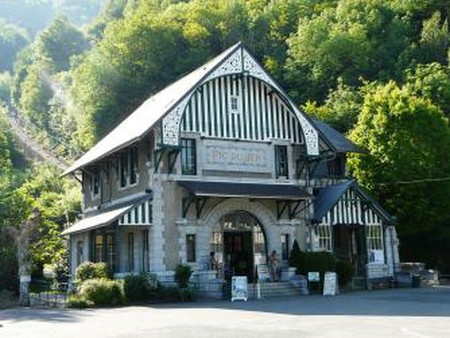 Surrounding the town of Lourdes are three summits reaching up to 1,000 metres, which are known as the Béout, the Petit Jer and the Grand Jer. The Grand Jer is easily accessible via the funicular railway. This unique addition to the town arrived in Lourdes in 1866 as a result of the increasing number of pilgrims visiting the town, reaching the summit at an altitude of 1,000 metres in just a few minutes. The Grand Jer offers stunning views of the town and also houses the highest grottos in France, which first opened to the public in 1958. 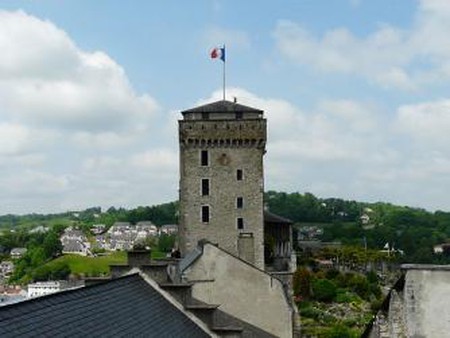 In 1933, the Chateau Fort of Lourdes (Chateau fort de Lourdes) was listed as a National Heritage Site by the French Ministry of Culture. Its origins go back to Roman times and was laid siege to by Charlemagne, also known as Charles the Great in 778. In the 11th and 12th centuries the counts of Bigorre held the fort, and in the 17th century it became a prison. Today it houses a local museum featuring displays of medieval clothing and furniture of the Haute Pyrenees region. Sitting high above the town, it offers views of the Gave River, the Sanctuary (including the Basilica of the Immaculate Conception) and the immediate area of the town of Lourdes. The old burial ground is quite fascinating with some very old inscribed stones and open caskets.

A recommended tour company for Lourdes and the surrounding area is the Detours Pyreneens Lourdes.