Top Free Things to Do in St Tropez 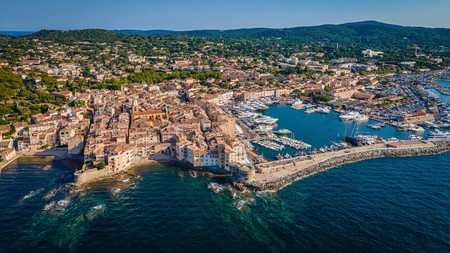 St Tropez is probably the chicest and selective of all the must-see destinations along the French Riviera. It’s also one of the smallest and the most expensive. That said, it doesn’t cost a thing to take in the wonderful views, culture and bling-bling fashion. 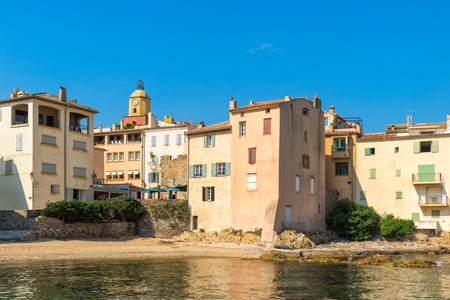 Walk through the historic fishing village of La Ponche, which used to be the heart of this small village of St Tropez. It’s still a residential area, with winding, cobbled streets and pastel-coloured fishermens’ cottages. At the water’s edge is La Glaye, one of the village’s three beaches (the others are a drive away), the most photographed beach in town.

Window Shop In The Fashion Boutiques 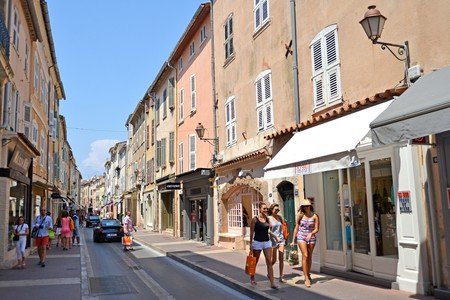 St Tropez is known for its boutiques where you can get yourself kitted out in the latest beachwear and poolside gear. It doesn’t cost anything to window shop the excessive bling. Try Blanc Bleu for nautical inspiration, Sundek for swimwear, or Manoush for more excessive glamour. 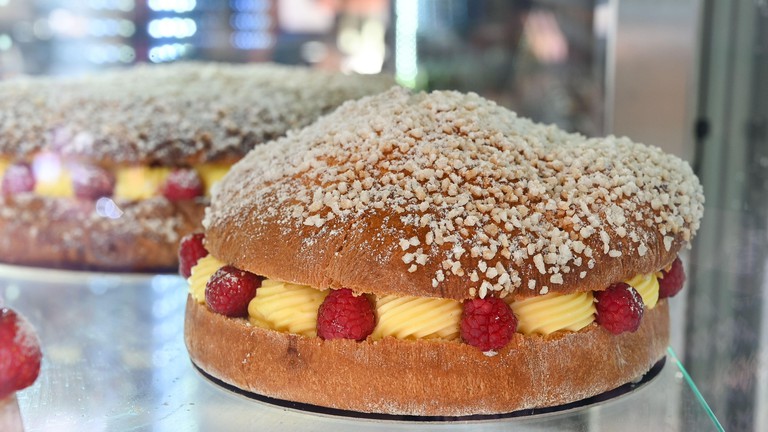 Saint Tropez is famed for its dessert, La Tarte Tropézienne. Baker Alexandre Micka created it in the 1950s just as Brigitte Bardot was making a name for herself and the town (when she filmed And God Created Woman). He was catering for the film, introduced the cake to her, she loved it, named it, and both became famous. He was able to open a bakery, Tarte Tropézienne, where you should gaze at the cake, even if you don’t buy one. St Tropez has lots of bakeries, but the original home of the Tarte is still the most renowned.

The Citadel And Tour Du Portalet 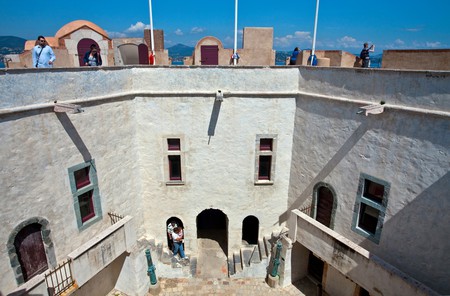 The Citadel was the fortress built to protect St Tropez from attack. It used to hold a powerful place in local maritime life but it had to be decommissioned when modern ammunition became too powerful for it to withstand. It now offers great views over the entire town and bay beyond. Nearby, you’ll find the Tour du Portalet, one of four towers that St Tropez built to protect it from attack by sea invaders. The Tour du Portalet is in the best condition of all four. 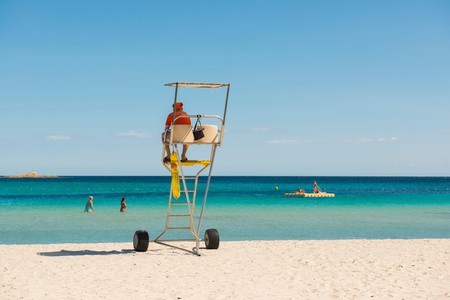 When Brigitte Bardot came to town in the 1950s to film, it was mostly on Pampelonne Beach. It’s still the coolest place to be seen in St Tropez, full of stars hanging out at the legendary beach hangout, Club 55 or tourists hoping to get a glimpse of the celebrities. Nikki beach to the south is more family friendly (but still exclusive) or head to naturist Tahiti beach for some nude glamour. 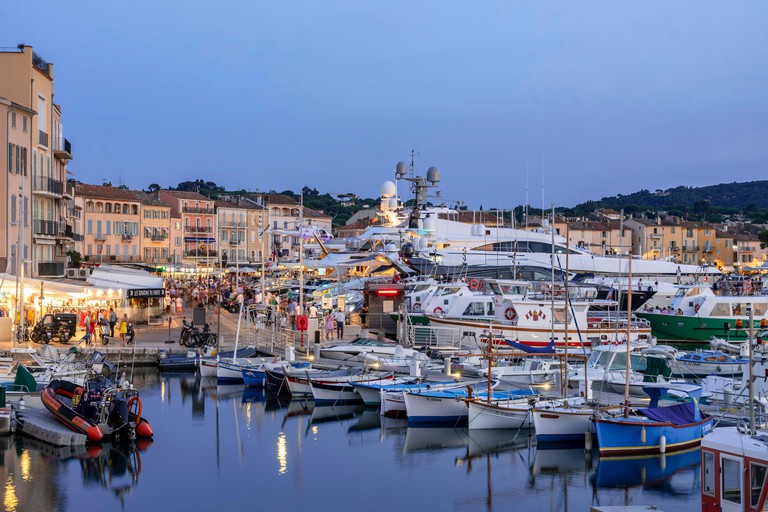 A visit to St Tropez is never complete without checking out the port area and marvelling at the large superyachts buzzing in and out. It doesn’t cost a penny to soak up their glamour, sitting on a bench and people-watching. 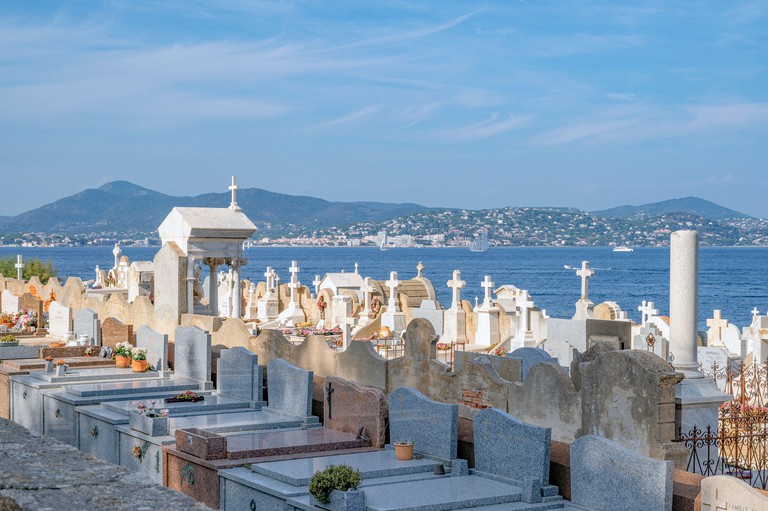 © Hilke Maunder / Alamy Stock Photo
The cemetery is situated on the coast in an idyllic setting. It’s been featured in two famous movies, La Piscine and And God Created Woman,for which the town is known for. The director of the latter, and Brigitte Bardot’s first husband (Roger Vadim) is buried here.
Give us feedback