Top Free Things to Do in Nantes

Installation at the Place du Bouffay | © gωen / Flickr
The vibrant French city of Nantes is the perfect place to explore if you are not blessed with a bulging wallet, so take a look at the top free things to do during your stay.

The Château of the Dukes of Brittany is Nantes’ main attraction and a quite incredible historical landmark. Happily, entrance to the courtyard, rampart walk, and moat gardens are free of charge. On the first Sunday of every month (except in July and August, and during major events) you can visit the museum and the temporary exhibitions for free, too. It is a must-see if you are in Nantes, so make it a priority on your agenda. 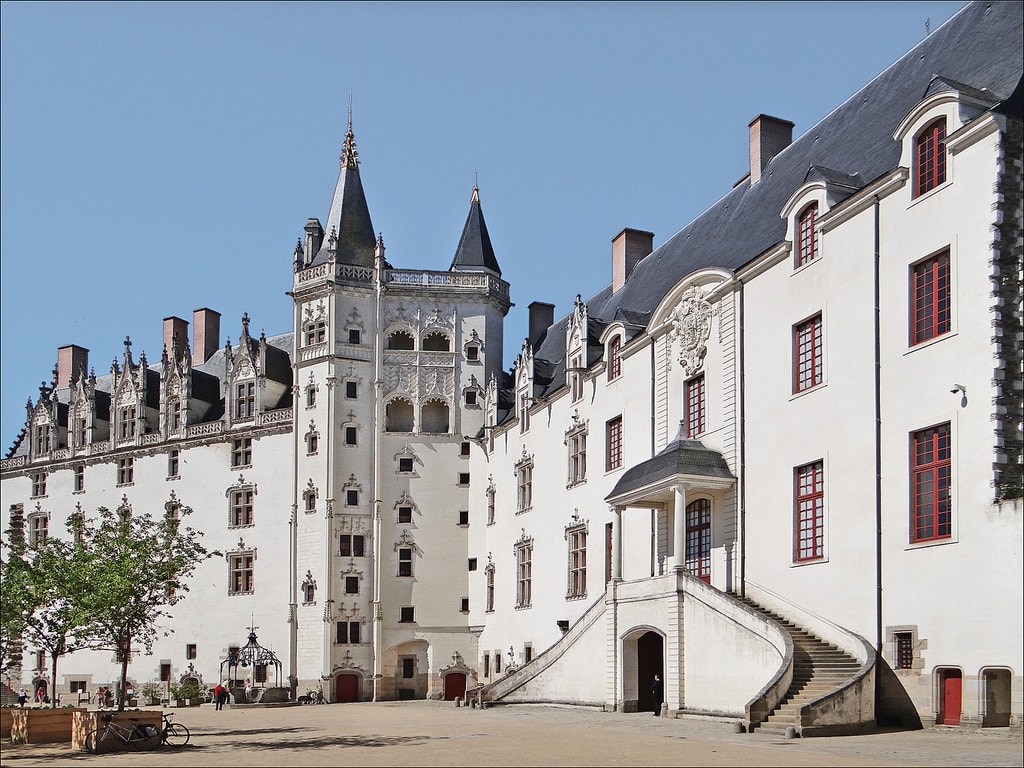 Château of the Dukes of Brittany | © Jean-Pierre Dalbéra / Flickr

Check out the Place Royale

In most cities in France there is a must-see square, and in Nantes, this is the Place Royale in the heart of the historic center. In its middle is an attractive fountain that portrays the city itself in white marble, the Loire River, and other symbols of industry and trade.

This 19th-century park and botanical garden is a real delight. You can explore the two exhibition greenhouses free of charge. The plant sculptures are definitely a highlight, and there are frequent exhibitions and installations throughout the year. 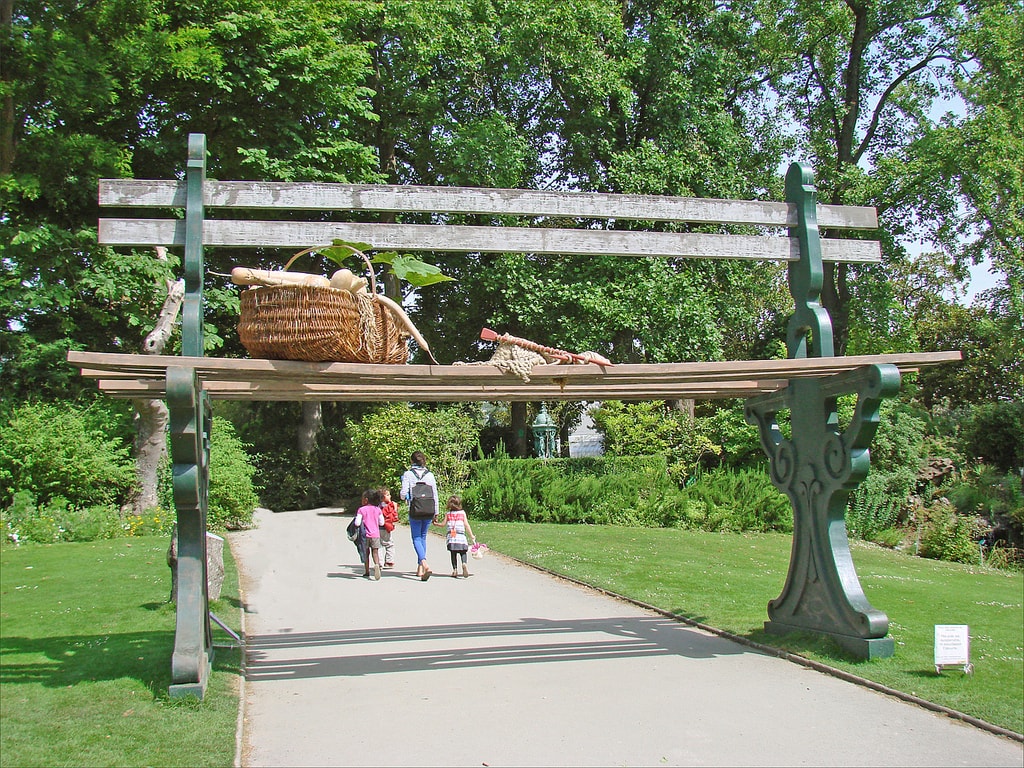 If you’re visiting Nantes in the warmer months, you’re going to need some green spaces to cool off in between bouts of sightseeing. Parc de Procé is a lovely, vast park in the north section of Nantes, about half an hour’s walk from the historic center. There’s an attractive café in a manor house for refreshments, too.

Window shop in the Passage Pommeraye

This is a stunning 1840s shopping mall that is a pleasure to wander around, even if you don’t spend any money. It gets pretty busy, so to enjoy the ornate architecture at its best, make it a morning stop before the shoppers descend. 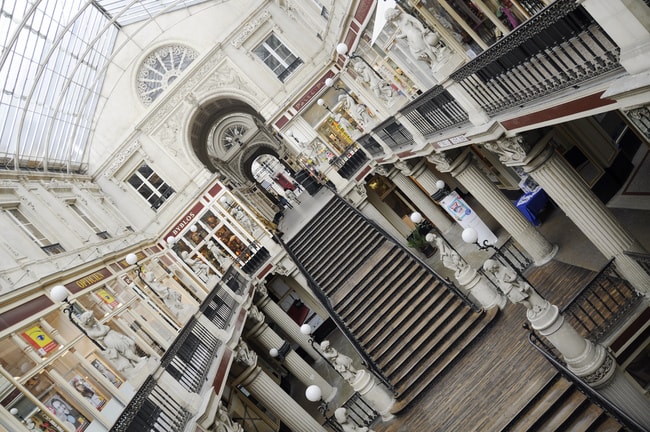 After the Château des Ducs de Bretagne, Nantes’ cathedral is the city landmark not to be missed. It towers majestically over the rest of the city and is equally as impressive on the outside as it is inside. Construction of the cathedral took over 450 years, and was completed in 1891. Inside, you’ll discover the renaissance-style tomb of the parents of Anne of Brittany, who was Duchess of Brittany and twice Queen of France.

Take a trip to Trentemoult

Trentemoult is an ancient fishing village on the banks of the Loire River, just a stone’s throw southwest of the city center. It is a maze of colorful, traditional houses and cool street art. It’s a desirable area and a popular part of the city for wealthy artists and families to settle in. 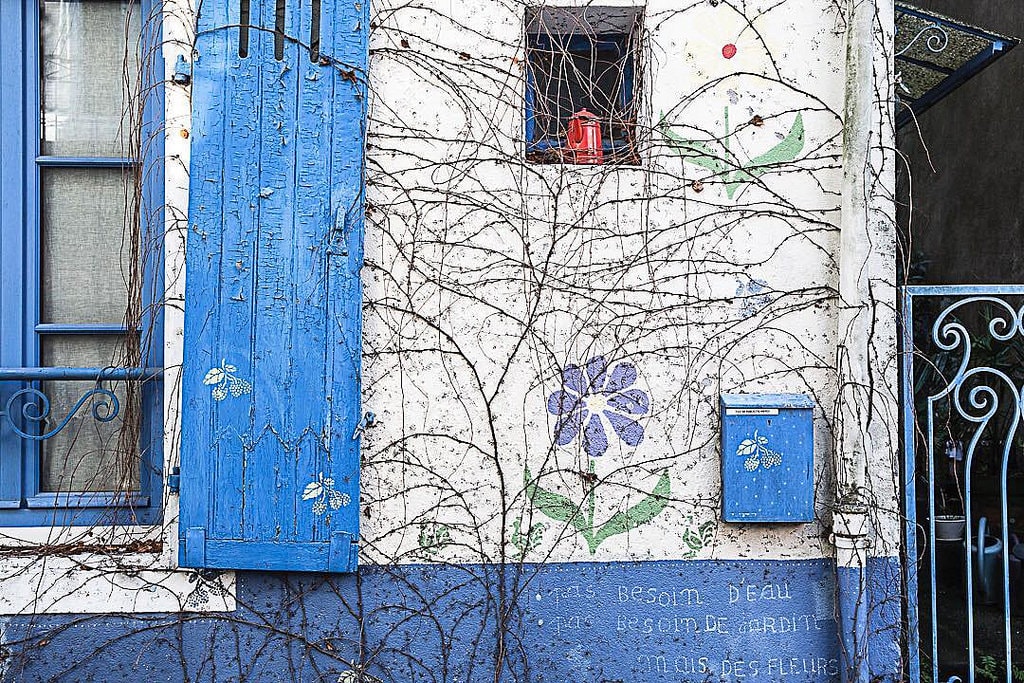 To the north of the city center is this four-acre (1.7-hectare) artificial island, which was created in 1831 when the river was cleaned during the development of the canal from Nantes to Brest. It was turned into a Japanese-style garden in 1983 and is a real oasis and tranquil space in Nantes. Entrance is free.

Catch your reflection in the Miroir d’Eau

The Miroir d’Eau is a beautiful spot by the Château des Ducs de Bretagne, especially in summertime and at certain points of the day when the air is clear.

Follow the green tourist line from the mechanical museum to the Banana Hangar and walk along the river bank to explore a bit of the city’s shipping and maritime heritage. The two original cranes, one yellow, one grey, are incredibly imposing structures sitting alongside the modern versions. 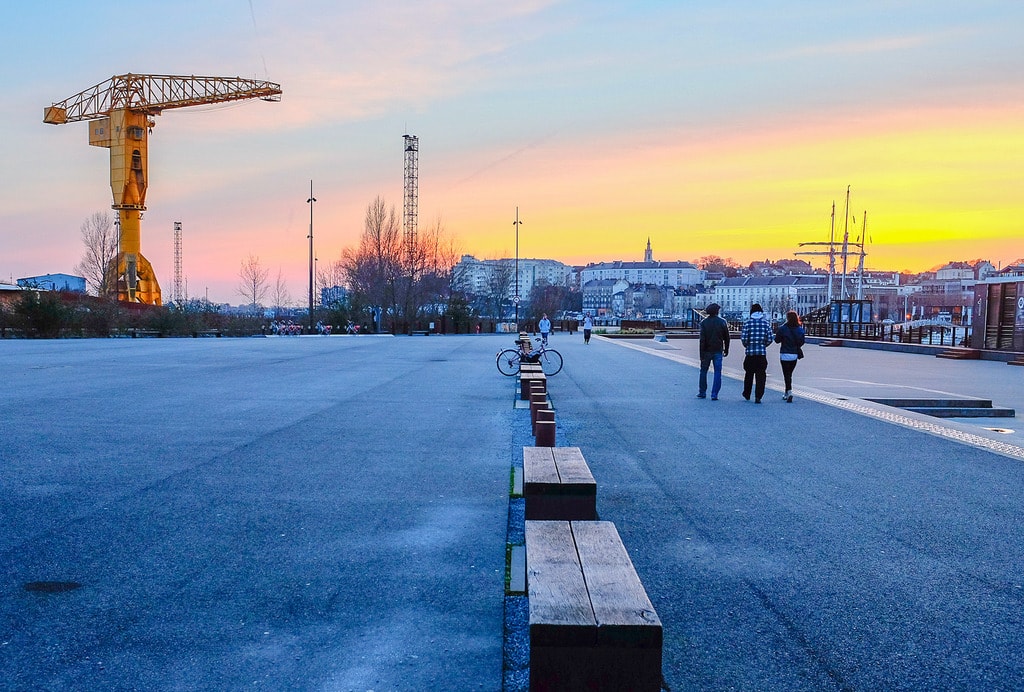