Where To See Paul Cézanne’s Artworks 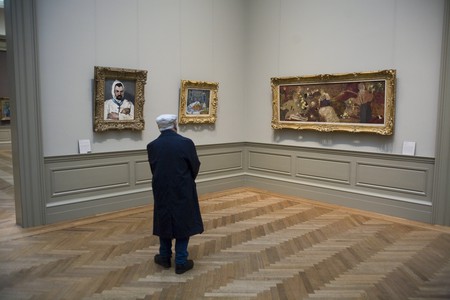 Paul Cézanne was a French artist and Post-Impressionist painter, renowned for having laid the foundations for Cubism. Characterized by small repetitive brushstrokes and planes of vivid colour, Cézanne’s work is said to have bridged the gap between the old and the new, between 19th-century Impressionism and radical modern 20th-century practices. Regarded as the “father of us all” by both Matisse and Picasso, Cézanne explored optical phenomena in a way that opened up space for future generations of artists to experiment with ever-more-complex views of the same subject. His works are captivating and unmissable; we profile where you can see them in person. 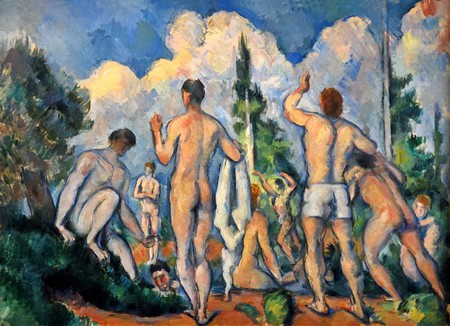 Book Now
Visit The Walker Art Gallery in Liverpool, England, to explore some of Cézanne’s early work – pieces reflecting an exploration of intense feeling, light and Romanticism. The young Cézanne was inspired by classical, emotion-charged mythology and stories, an interest some Freudian critics attribute to a psychological desire to express issues with rage and sexual repression. And indeed, it is clear that in his early years Cézanne channeled intense expressions of passion into his art. The Walker Art Gallery houses one of the most prominent pieces produced by Cézanne in this period, The Murder (1868). This work is like a voyage into the depths of rage. The subject of the painting is a murderer caught moments before he delivers the blow of death, and the work as a whole is reminiscent of Velázquez or Goya with its use of light and the obscurity of the figures, highlighting Cézanne’s appreciation of the old painting masters. There is also a fascination with modern life beginning to emerge in this painting, a subject shift that marked Cézanne off from his contemporaries.
Open In Google Maps
William Brown Street, Liverpool, England, L3 8EL, United Kingdom
+441514784199
Visit Website
Give us feedback

Cézanne brought life to art through still life. He took inanimate objects and gave them a sense of energy and movement, and you can visit New York’s Museum of Modern Art to enjoy some of his most captivating still-life work. The notion of painting ordinary objects in a commonplace position was revolutionary and intriguing at the time Cézanne was painting, and he knew it. He remarked before exhibiting Still Life With Fruit Dish (1879-80), “I should like to astonish Paris with an apple.” Indeed, this painting became one of the most-talked-about pieces, with the material presence of the fruit representing a departure from Impressionism and instead showcasing a desire to show life in inanimate objects. Cézanne’s ability to do this successfully demonstrates his undeniable skill with colour, and although London’s Bloomsbury set, an influential group of English intellectuals, were not fans of this new style, Cézanne gained admiration worldwide. The painting of ordinary objects aligned the artist with the masses; his work was seen as a depiction of the real life of real people, rather than yet another representation of the life of the cultural elite. 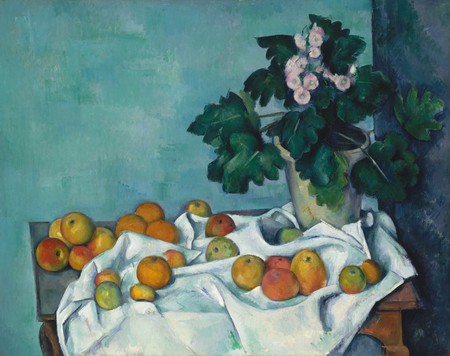 Still Life with Apples and a Pot of Primroses, by Paul Cezanne, 1890, which was owned by the French impressionist painter Monet at some point. | © Everett - Art / Shutterstock

Cézanne cultivated important relationships with the people in his life, bonds that directly affected his work, and the best museum in which to explore this is The State Hermitage Museum in St Petersburg, Russia. He had a strong connection with both his mother and his sister, and the two are depicted in Girl at the Piano (The Overture to Tannhäuser) (1868-69), which is available for viewing at this gallery. Although the title conveys an unfamiliarity, the closeness of the two figures in the picture illustrates an affection and strong bond, and the pair feature heavily in Cézanne’s work throughout his life. In 1869 the artist entered a liaison with a young seamstress, Hortense Fiquet, whom he later married and with whom he had a son. Hortense is used as a model in many of Cézanne’s paintings and is a recurring figure of youth and porcelain beauty. Another unmissable painting at The Hermitage is a portrait of his gardener Alex Paulin titled The Smoker (1890-92). In this piece Cézanne uses deep and vivid primary colours to create an image filled with weight and longing, and emphasizes the ruddiness of Paulin’s complexion to demonstrate that he is an average man, a hard-working labourer. The position of Paulin’s elbow demonstrates a desire for symmetrical lines; the elbow angle matches the drapes and the curves of his suit, creating a seamless composition.
Open In Google Maps
2 Palace Square, Tsentralnyy rayon Sankt-Peterburg, 190000, Russia
+78127109079
Visit Website
Give us feedback

Book Now
It should come as no surprise that the best institution in which to see work spanning Cézanne’s entire career is the Musée D’Orsay, in his native France. The Beaux Arts building here, located in a reconstructed train station, houses one of the best Impressionism collections in the world, a top spot for anyone looking for a crash course in the Impressionist and Post-Impressionist art periods. In the work of Cézanne here, the influences of Danish-French artist Pissarro are abundantly clear, with a short-stroked, Impressionistic style of painting evident in his pieces depicting French homes. In looking at a work like The House of the Hanged Man (1873) one can see characteristics of both Impressionism and Post-Impressionism. The imagination and intensity of feeling are evident, with bold colors and a use of shifting life, but there is also a clear structure and substance, straight lines and edges, lending more of a realistic approach to his work and breaking him away from his Impressionist contemporaries.
Open In Google Maps
1 Rue de la Légion d'Honneur, Paris, Île-de-France, 75007, France
+33140494814
Visit Website
Give us feedback 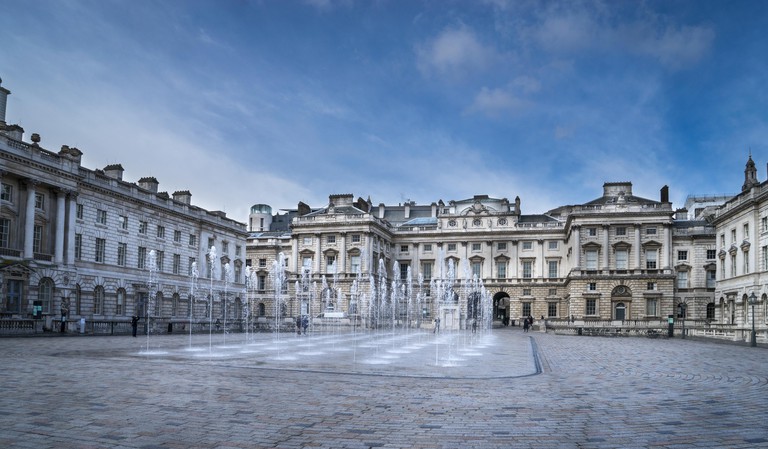 The Courtauld Gallery Institute at Somerset House | © Gordon Bell / Shutterstock
The Courtauld Gallery in London has an amazing collection of Cézanne’s work and is the best place to view his landscape pieces. The former estate houses several of his drawings and watercolours, as well as incredibly beautiful paintings of scenes near his hometown in Aix-en-Provençe, France. Cézanne was mesmerized by a perplexing question: What is the relationship between modern humans and nature? One of his most-used landscape subjects was Mont Sainte-Victoire, and he made nearly 100 oil paintings and watercolors of the mountain. He was also fascinated with water and painted The Blue Lake (Lake Annecy)in 1896. What is distinctive about this piece are the harsh lines and knife-palette techniques used to create an extremely beautiful and reflective stretch of water.
Open In Google Maps
Somerset, United Kingdom
Give us feedback

Towards the end of Cézanne’s life the artist painted three large, stunning canvases of female nudes, one of which is here at the Philadelphia Museum of Art. The collection is called The Large Bathers,and the figures draw on the classical allusions he favoured when he was younger, reminiscent of the mythological figures of Diana and her maidens. The piece is unfinished, yet it illustrates an exploration of geometry and focus that is captivating. The layout of the museum allows visitors to appreciate a range of works, and to easily compare Cézanne’s work with that of other artists, a design feature that serves to emphasize Cézanne’s splendor and mastery.
Open In Google Maps
2600 Benjamin Franklin Parkway, West Philadelphia, Philadelphia, Pennsylvania, 19130, USA
+12157638100
Visit Website
Give us feedback