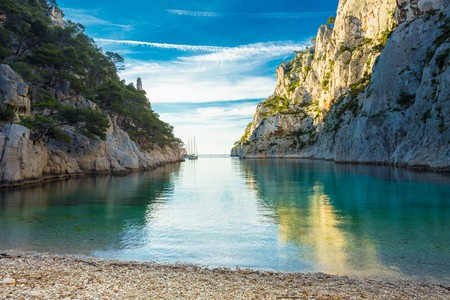 Contrary to people’s beliefs, visiting and staying in the French Riviera doesn’t have to be super expensive. In fact, there are several inexpensive activities, experiences, and excursions that twenty-somethings can enjoy during their time there like wine tasting (on the cheap), partying in the streets, and more.

Every summer, Aix-en-Provence has a spectacular night of opera on the famous Cours Mirabeau. Anyone can turn up to hear music put on by the local council; they also invite distinguished companies to perform.

Nice’s carnival is one of the biggest in the world. Go in February and party in the streets where revelers throw thousands of flowers in “flower fights” and where dressing up is hugely encouraged. 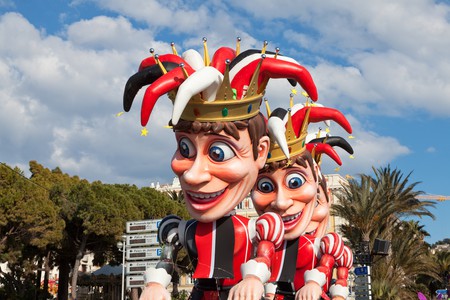 Go rock jumping into the sea in Marseille

The shoreline along the Côte d’Azur changes while moving east, but in Marseille, there are lots of great rocky patches where the locals dare each other to jump from. It can be thrilling but be sure to know how deep the water is (a good rule of thumb is to make sure that others are jumping there safely, particularly parents with kids). Watching can be fun too for those who decide against taking the plunge.

St. Tropez has a reputation for being very expensive and very chic. And it is. Visiting the local restaurants and bars can be very expensive, but the scenery is free and picnics are cheap. For picnics, head to La Tarte Tropézienne where the famous dessert was created (the tarte tropézienne is a cross between a cake and a brioche). 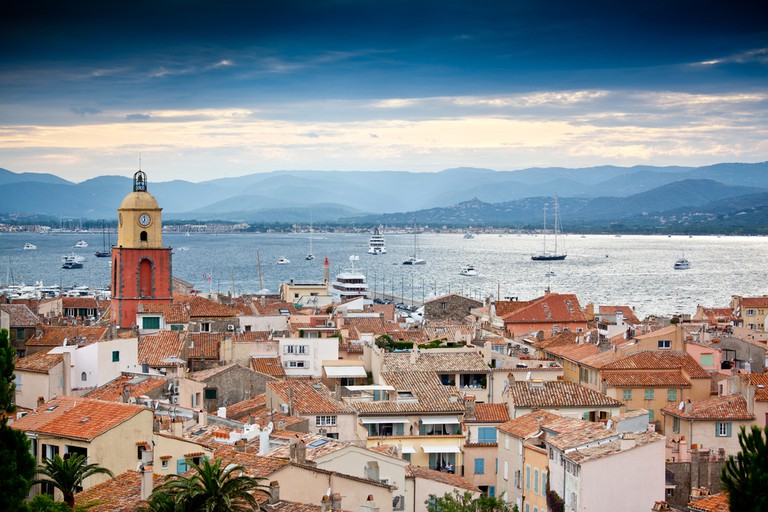 St. Tropez is a great place to hang out | © Istvan Csak/Shutterstock

It can be a bit of a zoo and impossible to get into any of the good parties, but head to Cannes during the festival’s run to celebrity spot or just wallow in a very cool atmosphere. People watchers may get lucky and run into someone they recognise. 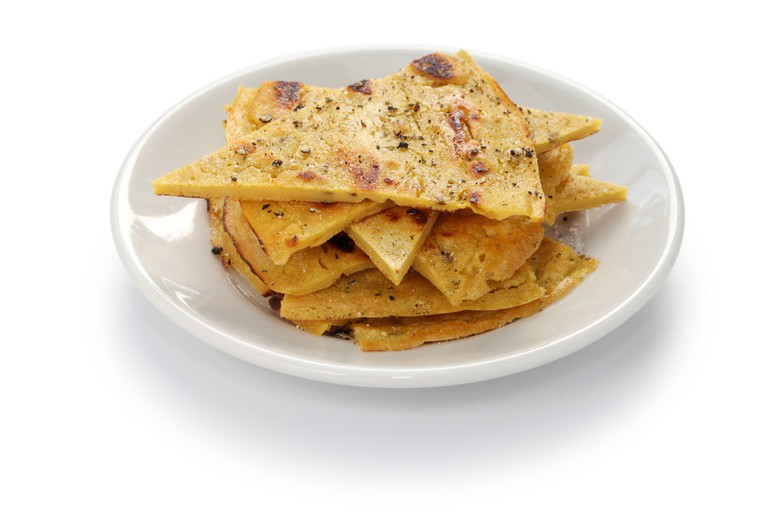 Eat socca on the French Riviera | © bonchan/Shutterstock
Socca is the local chickpea pancake that looks like a crepe. It comes from the region around Nice and its border Italy, and one of the best places to get it is in the flower market in Nice. Wandering the stalls and trying other tempting goodies is also a great experience.
Open In Google Maps
Cours Saleya, Nice, Provence-Alpes-Côte d'Azur, 6300, France
Visit Website
Give us feedback

Watch the sunset from a rooftop bar

Bar, French
Facebook
Email
Twitter
Pinterest
Copy link
Share
Map View
The French coastline along the Mediterranean is beautiful at sunset and doesn’t have to cost a lot of money. Some of the best rooftop bars can be found in Nice or along the Croisette in Cannes. Those who don’t want to spend a fortune, head to Friche Belle de Mai in Marseille. It’s an old tobacco factory that runs along the train tracks of Marseille’s St. Charles station and has DJs on the roof most Friday and Saturday nights in the summer. It also holds some great festival events.
Open In Google Maps
Marseille, France
Give us feedback

Get acquainted with the painting masters

Many of the world’s best painters came to the French Riviera to paint in the amazing light. Cézanne’s called Aix-en-Provence home, Picasso resided in Cannes, and Matisse and Chagall lived in Nice. On the first Sunday of every month, French museums are free to enter. It’s a great way to discover more about art and likes and dislikes. There can be long queues, but it’s worth the wait.

Visit an island fortress that inspired The Count of Monte Cristo

The Château d’If, just off the coast of Marseille, is an old island fortress that was briefly used as a prison in the 19th century. The tides were so fierce that they acted as a deterrent to potential escapees. Alexandre Dumas wrote The Count of Monte Cristo, an instant hit, when he heard about a story involving someone falsely imprisoned on the island. 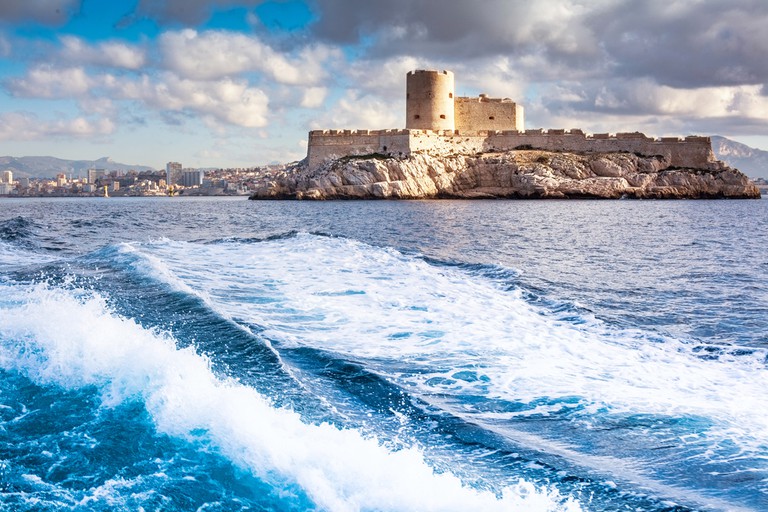 Party at an outdoor festival (in the sunshine)

Summer festivals are great, but they’re even better when they’re held in good Provençale sunshine (where camping is a pleasure) and when they might be held in a castle. The Festival Yeah! in Lourmarin has a good range of music and ages. For more hardcore partiers, find tickets for Marsatac or the Delta Festival held at various locations around the Riviera.

Watch some ballet on the cheap

Aix-en-Provence has a world-renowned ballet company, Ballet Preljocaj, in a purpose-built building. The company offers tickets on the cheap for patrons to see a show. It’s a great way to see some ballet for the first time without breaking the bank.

The French Riviera has a strong association with jazz. American soldiers brought it over when they were stationed in France during World War 1 and during the 1920s, American expats fueled their hedonistic parties with jazz music. People like the author F. Scott Fitzgerald were trying to forget the horrors of war, camped out near Nice, and invited lots of jazz greats to play. The first international jazz festival was held in Nice in 1948 when Louis Armstrong played, and it’s still going strong today.

Party in the streets

Many major cities across France participate in the “Fête de la Musique“, but it’s great to do it on the French Riviera because of the climate. For one night every year in June, participating towns allow everyone to party in the streets to hundreds of different kinds of music. Head to one of the major cities like Marseille or Nice for a wilder night. Stick to the smaller towns, like Aix-en-Provence for a more family vibe. But later on in the night, it gets crazy everywhere.

Kayak through Europe’s answer to the Grand Canyon

The Gorges du Verdon is Europe’s largest canyon and a must-see for anyone who likes the outdoors. Kayak down it and stop to camp along the way. If that sounds too energetic, do what most people do and hire a pedalo where the river meets the Lake Sainte-Croix. Potter up through the canyon and take Instagram classics. 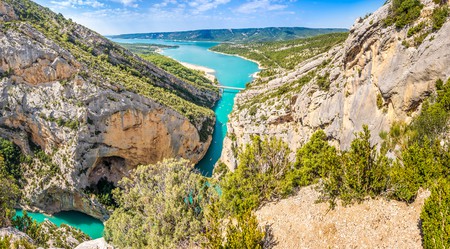 St. Tropez has lots of nudist beaches. Head to Tahiti Beach, which is the most well known, or follow the trail around the coast and enjoy a beach bar with less of a price tag.

Marseille is a vibrant, multicultural city that blends French and African cultures. There are Moroccan, Tunisian, and Algerian restaurants all over, but the cheapest are near the St. Charles train station.

Provence is a huge exporter of rosé wine because the climate and soil make for ideal growing conditions. It’s normally true that the local table wine is better than some very expensive rosé wine found in restaurants overseas and a glass is normally cheaper than a soft drink. It’s a good time to discover wines and how they’re grown without having to fork out a ton of cash.

France has some amazing spots to go wild swimming. After the Lac Sainte-Croix (which is huge, so it dilutes the number of visitors), head to Sillans-la-Cascade. Walk the trail for 30 minutes to find the waterfall. It’s forbidden to actually swim in the waterfall (because of the threat of rockfalls), but the locals do it. Just be cautious and wear trainers. 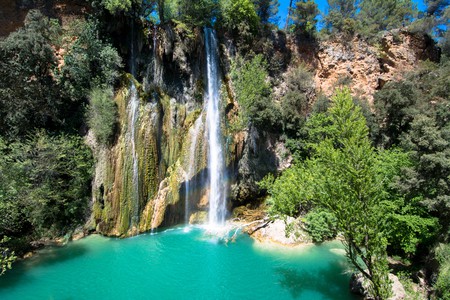 Hike to the waterfall and wild swim | © midgardson/Shutterstock

Watch some of the best French films outdoor

During the summer, many larger cities show French (and international) classics on big screens in the park. Find details on Aix or Marseille’s schedule at the local tourist offices after arriving.

The stretch of coastline on either side of Marseille boasts Le Calanques. Over time, the sea eroded the cliffs to produce natural sea inlets which are cut off from the usual stresses and strains of daily life. It’s best to hike or boat in (cars aren’t allowed a lot of the time because of the risk of forest fires). Take lots of water and a picnic and enjoy one of the best places on the planet. For free.