Top 10 Things To See And Do In Versailles, France

Renowned internationally for its beautiful Palace and gardens, Versailles is a majestic French city with deep royal roots. We have made a list of the top 10 things to get up to while in the elegant place. 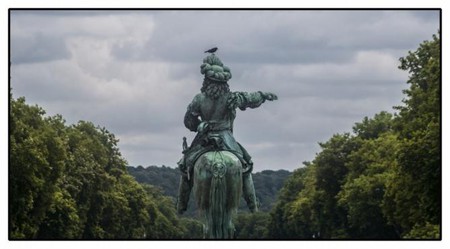 Historical Landmark
Facebook
Email
Twitter
Pinterest
Copy link
Share
Map View
The Palace of Versailles is one of the most popular attractions in Europe, has been a UNESCO world heritage site for 30 years. It stands as a stunning example of 18th-century French art. Constructed in 1623, it was transformed and expanded by Louis XIV before becoming the center of political power during the French Revolution. Celebrated for the extravagance of its apartments, the palace is adorned with gold, crystal and precious gems. It is an incredibly well preserved site and offers numerous rooms and galleries for tourists to peruse. The palace is open every day and online reservations are recommended for large groups.
Open In Google Maps
Place d'Armes Versailles, Île-de-France, 78000, France
+33130837800
Visit Website
Give us feedback 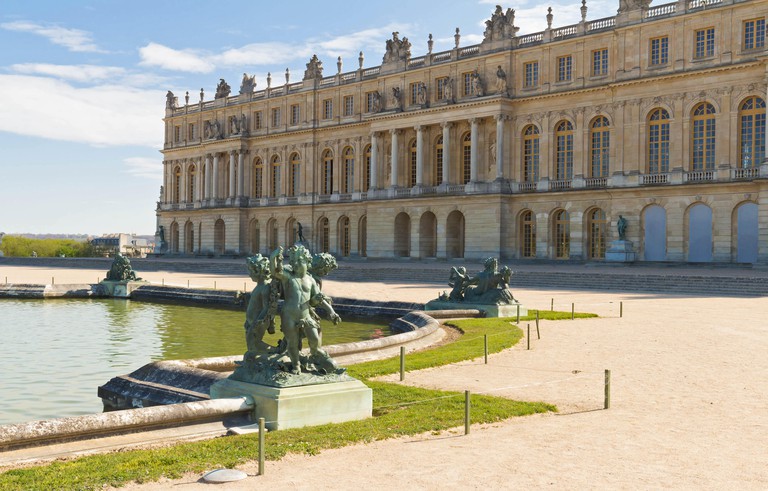 A dazzling accompaniment to the Palace of Versaille, the Gardens of Versailles cover 800 hectares of land with sculptures, rare flowers and vivid greenery. Gaining status as a UNESCO World Heritage Site in 1979, the gardens consist of meticulously manicured lawns and grand fountains. These allow visitors to truly experience the brilliance of living in a French royal court. Plan your visit during summer, when water shows are performed every evening.

Constructed at the request of King Louis XVI, the Grand Trianon is a hamlet on the outskirts of Versailles which served as a place of refuge for the monarch. Here the king could wine and dine and forget the strict etiquette of the court. Its own private park and thick enclosure of forest allowed him to escape from the outside world. The original interior comprised white and blue ceramic tiles, a design slowly replaced by the red marble evident today. The palace is nowadays used as a French Republic presidential residence to host foreign officials. Watch out for the enchanting French-style geometrical gardens brimming with orange blossoms.

Building
Facebook
Email
Twitter
Pinterest
Copy link
Share
Map View
Designed by Ange-Jacques Gabriel, the Royal Opera of Versailles is located in the North wing of the Palace of Versailles. Constructed mainly of wood, this design feature is thought to play a key role in generating excellent acoustics throughout the building. It can accommodate up to 1200 spectators, and hosts a wealth of diverse performances including ballet, orchestral pieces and classic theatrical opera. The opera house can also serve as a ballroom. Magnificent chandeliers and traditional dancing generate a magical fairytale atmosphere.
Open In Google Maps
4 Avenue de Paris, Versailles, Île-de-France, 78000, France
+33130837889
Visit Website
Give us feedback

Considered a French national monument, Versailles Cathedral is Versailles’ pre-eminent Roman Catholic church. Constructed as a simple parish church, its first stone was laid by Louis XV at the beginning of the 18th century. Although suffering through turbulent times during the French Revolution, the church was consecrated as a cathedral in 1843. Now, it stands as the seat of the Bishop of Versailles. It harbors a graceful Baroque style, and is home to a number of interesting period paintings.

The Hall of Mirrors, situated in the Palace of Versailles, served daily as a meeting area and passageway connecting the apartments of the King and Queen. More than 350 mirrors are used in the decoration of this breathtaking hall, with 17 mirror-decorated arches reflecting 17 gilded and arcaded windows. This creates a magnificent spectacle of gold and crystal. An unmissable stop when visiting Versailles, this place requires you to take a trip at early morning in you want to avoid the large crowds at midday.

The Royal Chapel, situated in the Palace of Versailles, was constructed in 1689. It became the inspiration for many other European churches, thanks to its colorful marble flooring, large sculptures and illustrious paintings. In French monarchy the king was believed to have been chosen by God, and the monumental pillars and exquisite altarpieces all express a divine splendor which is enthralling for the visitor. Today the chapel is often used as a venue for musical concerts or private events.

The Church of Notre-Dame de Versailles is situated only a few minutes walk from the central market and the Gardens of Versailles, and was built as a place of worship in 1686 to serve the needs of the growing town. It is small in size, and exhibits beautiful neo-classical architecture through its elaborate floor and ceiling designs. Until recently the church registered all marriages, births and deaths of the French royal family. It contains sculptures by Pierre Mazzeline and Noël Jouvenet, and since August 2005 has been classified as a monument historique.

Housed within the park of the Grand Trianon, the Petit Trianon was created almost a century after its predecessor, designed for noble mistress Madame de Pompadour to reside and relax in. The Petit Trianon later became a shelter for revolutionary royal Marie Antoinette, who used the site as a refuge from her courtly responsibilities. Exceptionally elegant woodwork decor, rich embellishments and grand marble columns characterize the Trianon. Four charming and diverse garden areas surround the palace on each side.

As well as being home to luxurious palaces and residences, Versailles also plays host to an array of bustling markets and street stalls. Beginning back in the 17th century, Versailles’ ancient market stalls became a lively part of daily life until they were replaced in 1841 by the covered market, a business still in operation today. Top picks for markets in Versailles include the Market of Notre Dame, offering a range of fresh French food from brioche to frogs legs. There’s also the Jussieu-Montreuil market, the best place to buy organic produce in the city.