Top 10 LGBTQ Films You Should Watch

With Carol and The Danish Girl already receiving 2016 Oscar nods, more and more LGTBQ films are commanding Hollywood’s attention. Issues at the heart of the LGTBQ community — including homophobia, transgender and stigma around AIDS — are being expressed through films directed at a more diverse audience. Here, Culture Trip takes a look at the top 10 LGTBQ films you should watch.

Directed by Gus Van Sant who is no stranger to undertaking films about the marginalized, Milk is based on the true story of gay rights activist Harvey Milk. In a bid to find social acceptance with his boyfriend in 1970s San Francisco, Milk (Sean Penn) campaigns to be a city supervisor. Winning a seat made him the first openly gay candidate in Californian history. Milk was critically praised for capturing the spirit of the gay rights movement and Penn’s authentic portrayal of Harvey Milk. The film’s production team had access to archives from the GLBT Historical Society, including photos and newspaper clippings, as well as Milk’s personal belongings. 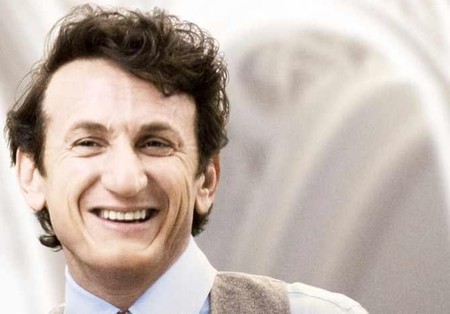 Viewed as one of the first mainstream films to acknowledge homosexuality and AIDS, Philadelphia is a favorite amongst cinema buffs. Successful lawyer Andrew Beckett, who keeps his homosexuality under wraps, has been promoted to his law firm’s biggest case. Upon learning that Beckett has contracted the AIDS virus, the company fires him under the guise of misplacing important documents — causing him to sue for unfair dismissal. The film concentrates on Beckett’s quest for justice in the courtroom. By featuring two internationally recognized actors like Tom Hanks and Denzel Washington, Philadelphia reached wider audiences and helped broaden people’s understanding of the AIDS disease and homophobia. 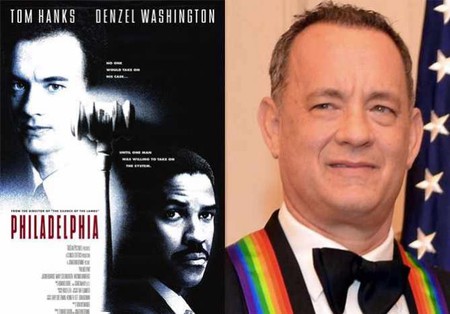 A Single Man tells the story of English college professor George, played by Colin Firth, grief-stricken after the death of his partner Jim. With all action taking place on November 30th 1962, George decides he will commit suicide that evening. The film follows his interactions during the day with a young male student, his closest friend Charley (Julianne Moore) and a Spanish male prostitute. The film was lauded for Firth’s acting, set and costume design, and the film’s emotional substance. Firth won the Best Actor in a Leading Role from BAFTA and received nominations from the Golden Globes, Screen Actors Guild and the Academy Awards. A Single Man marked gay fashion designer Tom Ford’s directorial debut. 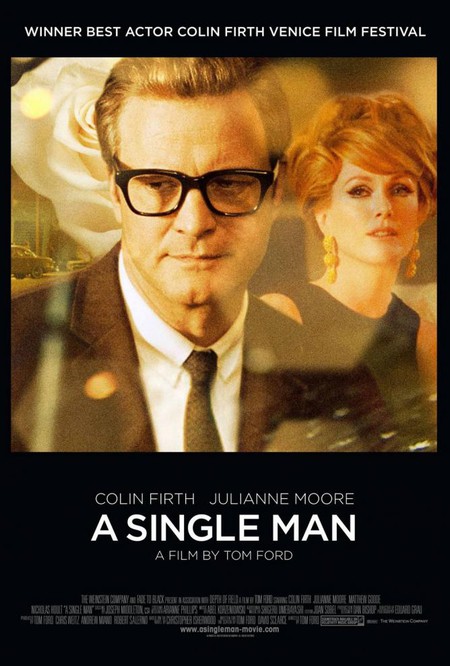 A Single Man | © The Weinstein Company

Adapted from the French graphic novel of the same name, Blue is the Warmest Color (La Vie d’Adèle) was an independent-turned-mainstream sensation, winning the Palme d’Or at Cannes Film Festival in 2013. The film depicts the relationship between French teenager Adèle (Adèle Exarchopoulos) who falls in love with an older girl Emma (Léa Seydoux), and the trials that come with exploring her sexuality. While it was hailed as a triumph for its representation of sexual awakening and the tenderness portrayed by both female leads, some thought the male perspective of the film’s director heavily influenced the graphic sex scene. Cinema fans of all ages will be bowled over by the powerful performances in this coming-of-age tale. 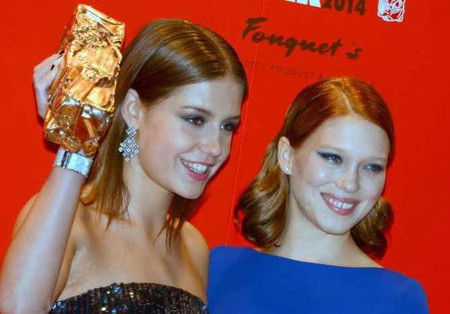 Not often included under the LGTBQ cinema umbrella, Four Weddings and a Funeral is a cornerstone of British romantic comedy and director Richard Curtis’ cinematic career. The film follows the romantic tribulations of a group of English friends, with Hugh Grant playing the male lead. However, it was the relationship of homosexual couple Matthew (John Hannah) and Gareth (Simon Callow) that was the most functional and conventional in comparison to their heterosexual friends.

Matthew and Gareth’s relationship is considered an achievement for its seamless integration into the film, rather than highlighting it through a separatist perspective. Redefining people’s stereotypes of a gay couple, Four Weddings and a Funeral aimed to ‘depict gays as part of the general human situation,’ as encapsulated by the actor Simon Callow. 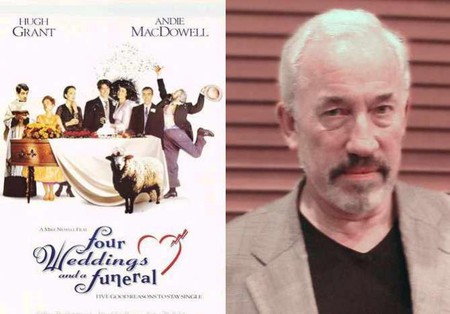 A small-budget indie flick that took international audiences by storm, Boys Don’t Cry documents the real life story of the murder of transgender American adolescent Brandon Teena. The then unknown Hilary Swank played Teena, and Chloë Sevigny was cast as his girlfriend Lana Tisdel. The film was particularly well reviewed for the relationship between Teena and Tisdel, and Swank’s portrayal of Teena’s fight for acceptance as a transgender male. Notably, the film led to increased awareness of America’s legislation against hate crimes. Swank won a Best Actress award at the Oscars for her role as Teena. 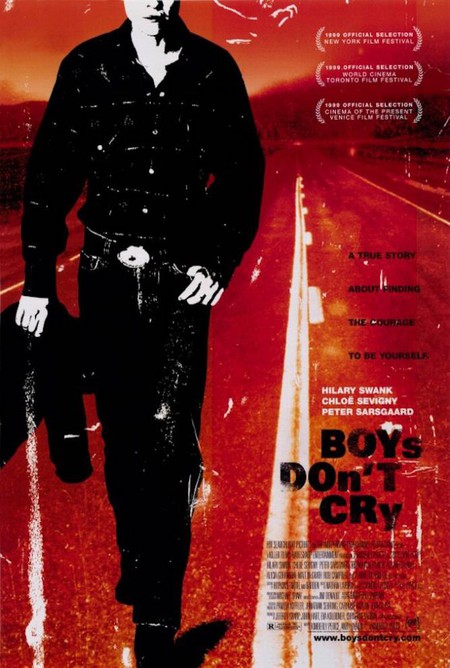 Possibly the most acclaimed LGTBQ film in recent years, Brokeback Mountain is the poignant story of the homosexual relationship between two sheep herders in 1960s Wyoming. Following the friendship-turned-covert romance between Jack and Ennis, Brokeback Mountain is considered the breakthrough of gay cinema into the mainstream. Reception differed as to whether the film was depicting a gay relationship, a bisexual one (given that both lead characters were married to women) or a friendship turned love affair. Overall, the humanity portrayed by Heath Ledger and Jake Gyllenhaal was critically well received. Adapted for cinema from the short story by Anne Proulx, Brokeback Mountain received numerous awards including Oscars (Best Director for Ang Lee, Best Adapted Screenplay and Best Original Score), BAFTAs and Golden Globes. 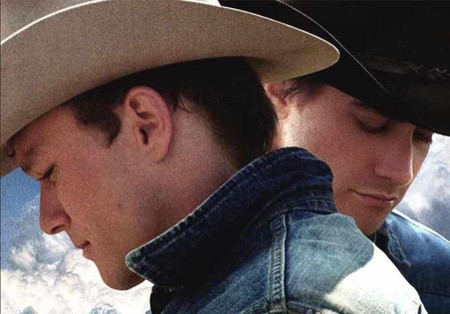 A biographical film, Dallas Buyers Club tells the true story of Ronald Dickson ‘Ron’ Woodroof. After learning he has contracted the AIDS virus, Woodroof (Matthew McConaughey) creates a drug smuggling ring to traffic FDA-unapproved drugs to treat himself and fellow AIDS suffers. Jared Leto plays fictional character, Rayon, a transgender woman who Woodroof befriends as part of the Dallas Buyers Club. Set in 1980s Texas, where AIDS and HIV were widespread but misunderstood, the film tackles the various stigma and persecution that came with the disease. Both McConaughey and Leto were critically praised; the roles earned them Best Actor and Best Supporting Actor Academy Awards, respectively. Despite the authenticity of Leto’s character, some LGTBQ critics said the casting was a missed opportunity for a actual transgender actor. 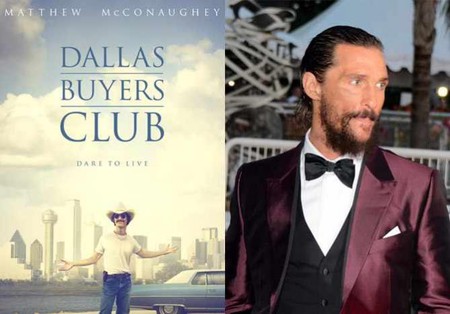 Adapted from the 1973 play La Cage aux Folles by Jean Poiret, the French-Italian film of the same name centers on gay couple Renato Baldi, the manager of a Saint-Tropez nightclub, and Albin Mougeotte, his star attraction in drag. When Baldi’s son announces his engagement, the couple must prepare for meeting his fiancé’s very conservative parents. The film was remade by American director Mike Nichols (The Graduate, Who’s Afraid of Virginia Woolf) in 1996, starring Robin Williams and Gene Hackman as the lead couple. Critics noted that the strong comedic performances in both films helped to penetrate the message to a wider audience. La Cage aux Folles and The Birdcage have become cult hits in their own right, engaging international audiences. 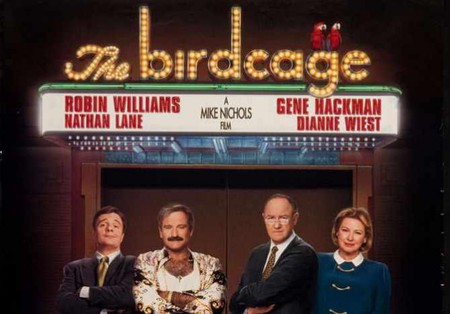 Telling the story of a transgender woman who embarks on a road trip with her wayward son from Kentucky to Los Angeles, Transamerica gained instant notoriety for Felicity Huffman’s portrayal of Bree Osbourne. Wanting to break up with her son and move on with her new life, Transamerica is a witty and memorable tale of identity and the struggles of acceptance. Similarly with Jared Leto’s transgender role in Dallas Buyers Club, critics agreed that Hollywood shouldn’t sidestep casting transgender actors in favor of a cisgender one. With this in mind, Netflix original series Orange Is the New Black has been heralded for using transgender actor Laverne Cox in a transgender role. 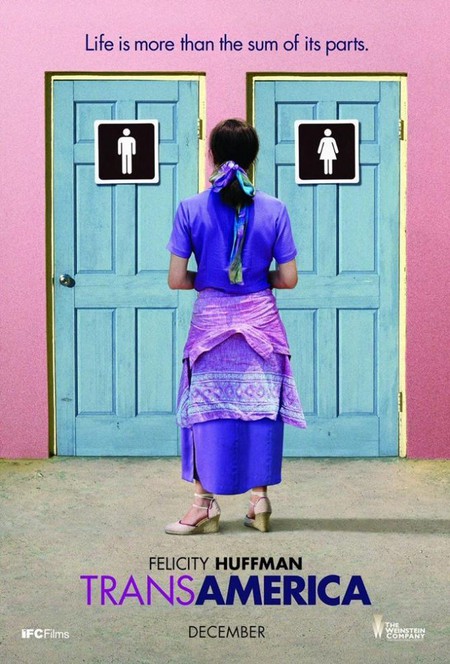 Transamerica | © The Weinstein Company/IFC Films
Give us feedback