May 1968 was a very volatile period in France that almost brought the country to a complete standstill. Now, 50 years later, these historic events are being reinterpreted at a fascinating abstract art exhibition in the French Riviera.

May 1968 saw a series of student protests against capitalism and consumerism, with many buildings being occupied. This inspired a wave of general strikes across factories and elsewhere until 10 million workers were fighting for their rights.

After 50 years, these historic events are now being reinterpreted with a contemporary glance at a fascinating abstract art exhibition in the French Riviera, with Cedric Teisseire and Wolfgang Weideler leading the way. 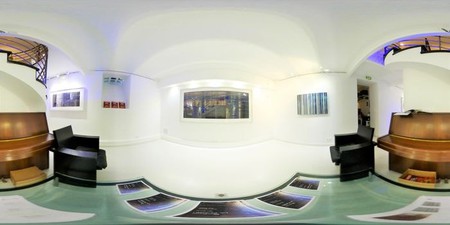 Wolfgang Weileder is an artist whose practice specifically examines architecture, public spaces and the interactions we have with the urban environment, making him a perfect choice for the gallery to select in examining the legacy of the May 1968 Riots.

Atlas is a series of archival high-resolution digital prints that explore the legacy of the urban public places associated with the riots. It’s based on a cutting-edge new digital photography method, where a special high-resolution digital camera records a horizontal slice of space (just one pixel high) in regular intervals over a period of time. Each of the ‘slices’ is then added on top of the previous one to form individual ‘maps’, yielding a quite awe-striking if not slightly chaotic result.

“The photographic work comes out of a process which combines architecture and sculpture,” the gallery explains. “At the same time, the creation gets its independence and testifies a process that can only be known in its depth by the people who took part in it.”

Not only does this reference the fact that you can only truly understand what it felt like to be part of these riots if you were actually there – making art a redundant point of access, despite its magnificence – it also suggests a harmonious combination of different art forms, each displaying its own individual personality, encapsulating the very essence of the May 1968 riots. “Everything is linked, and at the same time each element is acting its own way.” 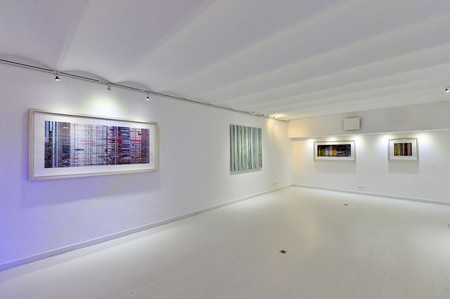 In this way, whilst no form of art could ever replicate with exactitude what happened during those turbulent weeks, the act of combining art forms that would usually be separate is a fairly clever method of approach. The combination speaks of the unity within the huge rioting crowds, where different individuals from various backgrounds came together for a common cause.

The inspiration from May 1968 can also be seen in the geometric design, as the artist is particularly fascinated by squares and the historical significance they represent from this era of revolution. “Squares in all the cities in the world are meeting areas where public life is concentrated and agitated to its extreme point”, the gallery explains.

Within the boundaries of each work, you can almost feel the agitation and sense of movement associated with the eager crowds, thanks to the boisterous variation of light. 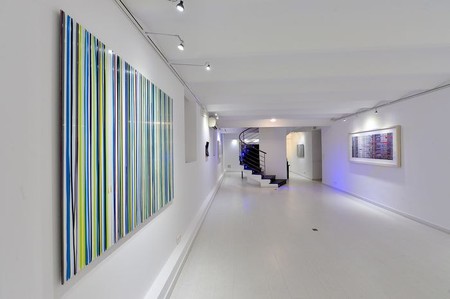 The highly pictorial work of Cedric Teisseire, born in 1968, is also on show during this exhibition. He describes his painting as establishing a double reality, which is then emphasised by the layering of lines, a key motif in this series.

“By multiplying the positions, the points of view on the practice, I am trying to bring myself to assume all possibilities, to reveal the silent part which escapes any will and reveals itself unintentionally,” Teisseire explains.

The idea of uniting an array of points of view into a cohesive whole stood as the basis of the May 1968 riots, as the aims of the protesting students were eventually aligned with the interests of the striking factory workers. 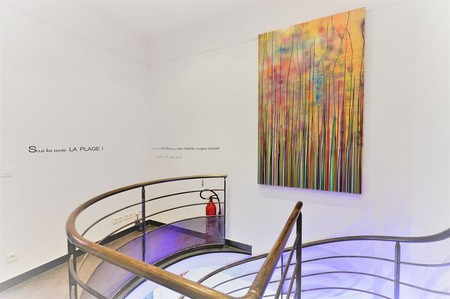 “The simultaneous position of actor and viewer in the making of a painting, a picture or an assemblage, imposes an important forethought and provides autonomy to the final result,” he continues, referencing how important reasoned forward thinking was during the riots. “This permanent back and forth, imposed by the double position, allows me great experimentation and observation.”