This French Theme Park is a Robot Geek's Dream

On an island in the center of the city of Nantes, an awesome collection of monumental “animal” machines comes to life at the hands of ingenious artists and mechanical prodigies.

What does a giant elephant, a titanic spider, and a carousel have in common? They are all the awe-inspiring creations of the Machines de L’Île team. Since 2016 these amazing contraptions have fascinated visitors as they suddenly wake up from their slumber in a converted naval shipyard in Nantes, which serves as their combination of workshop, theme park, and exhibition venue. Their creators, François Delarozière and Pierre Orefice, bring together the best elements of urban performance, puppetry, and street theater. 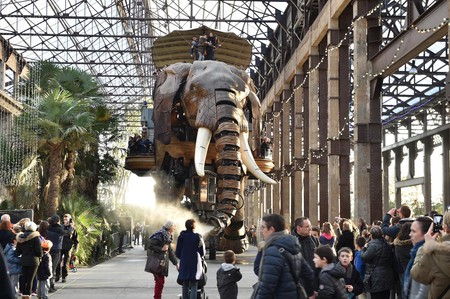 Reminiscent of one of Jules Verne fantastic inventions, the awesome 12-meter-high animal can carry up to fifty passengers for an astonishing 30-minute tour. A mechanical director demonstrates the workings of the arms, legs, and trunk. To make the outing even more spectacular, there are always flocks of entranced pedestrians following the 48-ton pachyderm on his walk. 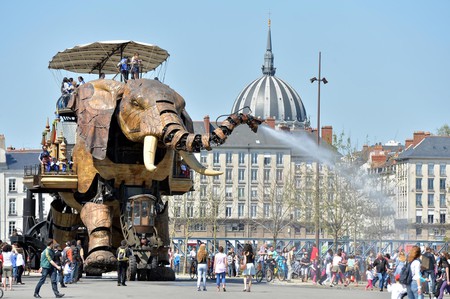 Nantes has close ties to the sea and a long maritime tradition so it’s no wonder that one of the “machines” is an homage to the world of mariners and pirates. The carousel has three levels to take visitors from the bottom of the sea all the way to the surface, in a 360-degree voyage through sea creatures and mystical monsters of the abyss. 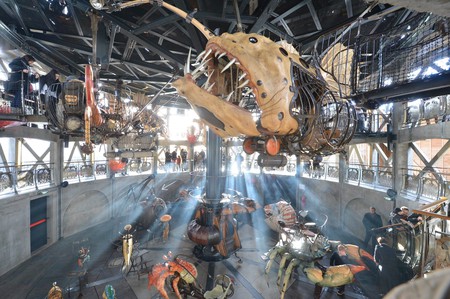 In the main street of the park, perhaps even more fascinating than the creatures themselves (if that’s possible) is the workshop where visitors can look in on the builders and creators of the machines at work in their steampunk world of wood and metal. The materials and the mechanisms are all visible, as is the intricate building process and detailed effects to make the creatures incredibly lifelike. All in all, a visit to Machines de L’Île is an awesome experience. 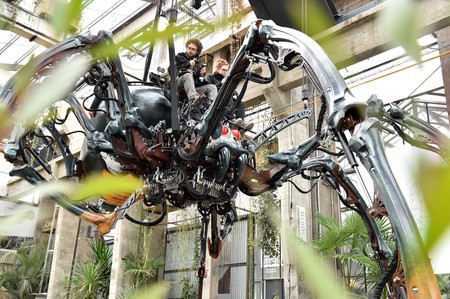