This Abandoned French Castle is Now a Striking Surrealist Masterpiece 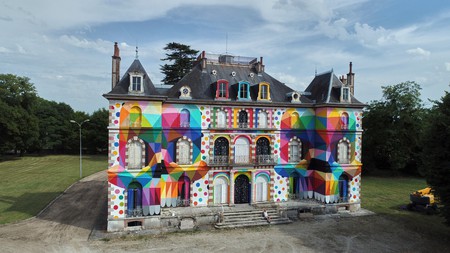 Famous Pop Surrealist artist Okuda San Miguel has put his multicoloured stamp on yet another building – this time an abandoned 19th-century castle in Loiret, France.

The Spanish artist, who is perhaps most famous for his Mona Lisa-inspired mural on the side of a 19-storey building in Paris’ 13th district, has worked on a multitude of projects all over the world, from Mozambique and Mali to Japan and Brazil. 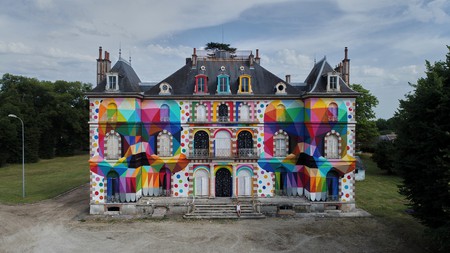 The mural on the Valette Castle, which is entitled Skull in Mirror, is inspired by the rich historical narrative that surrounds the architectural gem, including the Spanish Civil War. During the 1930s, the Republicans acquired the castle and initially used it to house children who had been evacuated, and then political exiles looking to escape the war.

Later in the 1950s the Spanish reclaimed the castle and used it for holiday camps – 20 years on, it became a Spanish school and in 1986 it eventually became abandoned, left to become derelict, until it was bought in 2002 by a private firm and the Pressigny-les-Pins council. 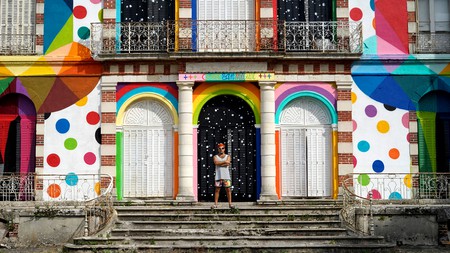 The striking transformation of its facade was part of street-culture event LaBel Valette Festival, which is organised each year by Urban Art Paris. Curators By Night Galley and Ink & Movement brought in 100 urban artists from across the globe to takeover the castle’s entire estate to bring its buildings, including the landmark castle, a chapel and two dormitory buildings, to life.

Okuda’s work was designed to be a reinterpretation of Renaissance art and classic masters but with a unique contemporary vision, demonstrated through glorious psychedelic colour, geometric pattern and Surrealist scenes – the two huge skulls that adorn either side of the building only appear once the viewer looks closely, while the rest of the castle is covered in polkadots.

You can find more of Okuda’s incredible geometric artworks on his website here. Visit the festival between September 1-3 2017 – click here for more information on the programme of events. 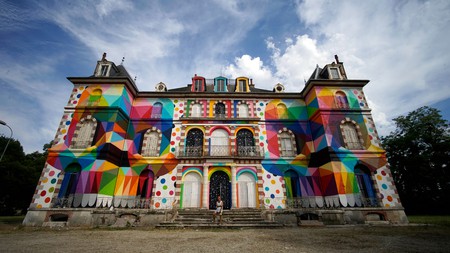 © Chop Em Down
Give us feedback