Things You Didn't Know About Cannes 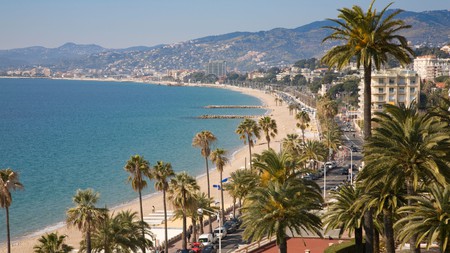 Cannes is renowned for the Cannes Film Festival and it is often associated with the rich and glamorous, but there are a few things that maybe you didn’t know about this popular town on the French Riviera.

The history of Cannes involves some interesting stories, from invasions by the British to the perhaps unexpected history of the palm trees that line its famous boardwalk. Even the Cannes Film Festival itself, which is a globally recognised event today, had a bumpy start.

A British Lord is said to have initiated tourism to Cannes

During the 1700s, the Spanish and British armies both tried to gain control by force of the Lérins Islands off the coast of Cannes. Although the military attempt failed, the British weren’t put off travelling to the Mediterranean coast and over the next hundred years, many voyaged through this region. Ex-chancellor of Britain, Lord Brougham, was on his way to holiday in Italy in 1834 when he was forced to stop along the way in the small village of Le Suquet, which is now the old quarter of Cannes, because the border with Italy was under quarantine. Brougham fell in love with the town, as well as the food and warm climate, and built a palatial mansion. The British Lord encouraged his wealthy friends to visit and before long, it had become a popular place to go on vacation. As railways began to be built across Europe, Cannes became more accessible from Paris and other cities on the continent, further increasing tourism to the destination. By the early 20th century, sunbathers and holidayers from abroad regularly flocked to Cannes’ beaches. 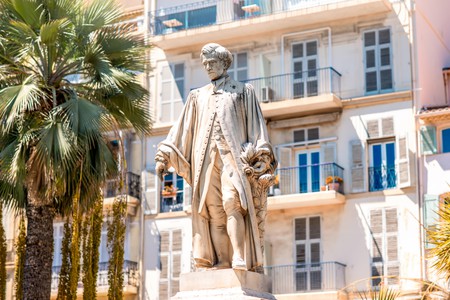 Palm trees are synonymous with Cannes and the famous Croisette boardwalk wouldn’t be the same without them. The plant’s Latin name is the Phoenix canariensis and it is indigenous to the Canary Islands of Spain. Palm trees were introduced to France from Spain in 1864 by Viscount Vigier, a photographer and founding member of the French Society of Photography. But this isn’t the only plant that is associated with Cannes that originates from elsewhere. The stretch of coast that Cannes sits on is also famous for the mimosa blossom, the fiery yellow bloom that comes out in early spring. However, the mimosa is actually from Australia – where it is called the wattle flower – and was introduced to Cannes by the British who brought it to the La Bocca neighbourhood in the 1800s because they thought it would do well in the local climate. The growing influx of residents with large fortunes in the 19th century, combined with the fashion for extensive, lush gardens, led to a trend for luxurious foliage brought in from abroad and in the early 1800s, lots of eucalyptus trees from Africa were planted in Cannes. 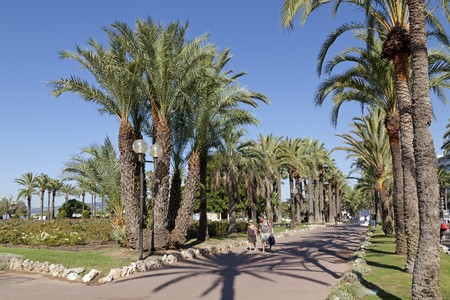 Unfortunately for Jean Zay, the French Education Minister whose idea it was to host a festival to celebrate the world of film in France, World War II delayed plans for the first Cannes Film Festival. Even more terribly, Zay was later murdered by the French Vichy government in 1944 for being Jewish and a member of the French Resistance. As a result, the Cannes Film Festival was only able to begin in 1946 when the war was over. In 2014, President Hollande ordered that Zay’s ashes be interred in the Panthéon in Paris as public recognition for his efforts towards improving education as well as in fighting the Nazis during the war. 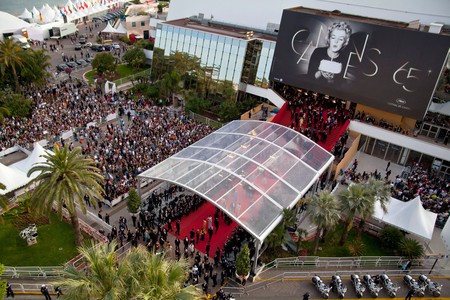 The Cannes Film Festival was originally an anti-fascist symbol

The idea for a French film festival came to Education Minister Jean Zay when he saw how similar festivals in Europe were being used to spread fascist propaganda in the 1930s. Members of the French government had been horrified when Leni Riefenstahl’s Nazi film, Olympia, had won at the Venice Film Festival in 1938 and wanted to hold a counter-festival that would be celebrated for art and not propaganda, standing in opposition to fascism.

Every festival goes through two kilometres worth of red carpet

Cannes has a population of just over 70,000 people, but during the festival, it is thought that the figure rises to 200,000. That’s a lot of people walking on a red carpet, which soon gets very dirty and it, therefore, has to be changed at least three times a day. 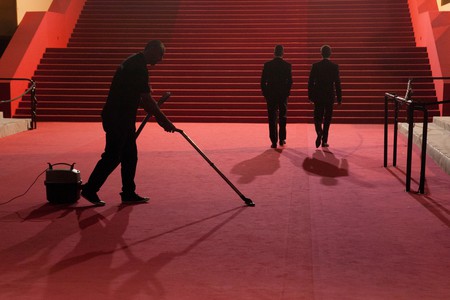 The film festival has been cancelled three times since 1946

The Cannes Film Festival was cancelled in both 1948 and 1950 because it ran out of money. A group of directors forced the film festival to close for a third time in 1968 in solidarity with the protests that were taking over the country. May 1968 was a period of intense social and cultural protest in France, where people took to the streets, occupied factories and universities, and demanded change on a massive scale.