These are the Most Historic Jewel Heists in France 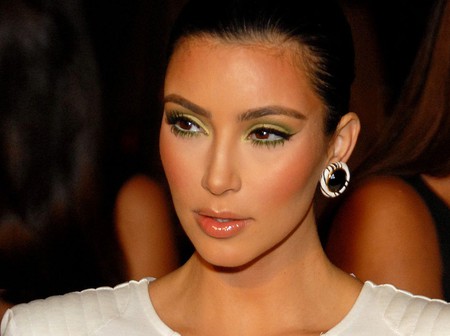 News of Kim Kardashian’s Fashion Week hold-up last October couldn’t have escaped the attention of anyone living on this blue planet we call Earth. However, without wishing to slander the reality TV star with claims of unoriginality, she’s hardly the first of the uber-rich to be robbed of their bling while in France. Based on the 10 stories below, it would appear that jewel heists are actually a kind of treasured national pastime.

On July 4, 1993, American billionaire Marvin Davis and his wife Barbara were robbed at gunpoint on a road between Nice and Antibes on the French Riviera. The couple had been traveling in their chauffeur-driven limousine when their trailing security detail got separated in Sunday traffic. Their vehicle was suddenly blocked from moving forward or backward by two cars from which four armed robbers emerged. Davis, an oil industrialist and MGM shareholder, was forced to open the limousine’s trunk and give the masked men a briefcase containing €8.5 million worth of jewelry and approximately €46,000 in cash.

The town of Antibes, which has been a destination for the jet set since the 1920s when wealthy American expats Gerald and Sara Murphy started bringing down artists and intellectuals like Cole Porter, Ernest Hemingway and F. Scott Fitzgerald from Paris to their summer parties on the coast, saw its next high-value robbery three summers later. On August 20, three unnamed Saudi nationals who were driving along a road on the outskirts of the town were ambushed again by armed assailants. An estimated €3 million in watches and jewelry was taken from them. 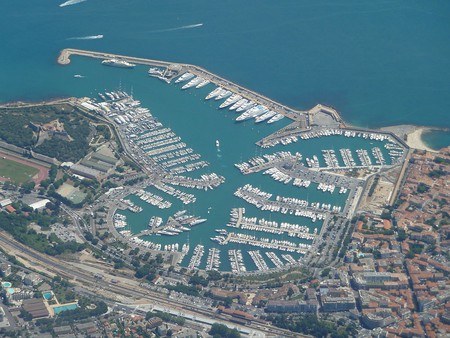 The Pink Panthers, an international crime syndicate composed of ex-soldiers from the former Yugoslavia, committed one of their most memorable heists (their most lucrative is below) in Saint-Tropez in the summer of 2005. Members of the gang, dressed as tourists in floral shirts, strolled into the Julian jewelry store on the town’s seafront in the middle of the afternoon, held the place up at gunpoint, and, within a matter of moments, made off with an undisclosed fortune in jewels. Genuine tourists watched on bemused as the men jumped onto a speedboat waiting in the nearby harbor and made their escape. 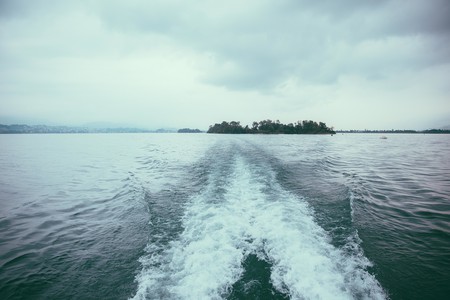 The Harry Winston boutique on the fashionable Avenue Montaigne was hit by two high-profile robberies within the space of a year. In October 2007, four men disguised as workmen gained access to the store with the help of a devious employee and took off with 360 items of jewelry and 120 watches valued at €32 million. They returned in December 2008, this time with three of them dressed as women in wigs and fishnet stockings, and stole an even greater haul worth €80 million. Around €18 million of this second loot was found stuffed down a drain in the northern suburb of Seine-Saint-Denis in March 2011, the discovery of which led to the arrest of eight men who were jailed for between nine months and 15 years. 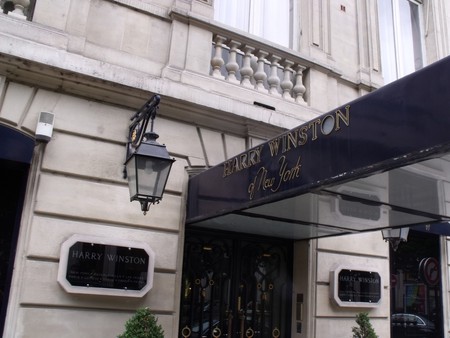 One of the most curious thefts in recent memory occurred on February 15, 2010, near Charles de Gaulle airport. The ‘victim’ of the crime was Kristina Chernovetska, the daughter of the mayor of Kiev, Leonid Chernovetsky – a banking magnate and one of the richest people in Ukraine. Apparently, her chauffeur-driven car was approached by a man in the northern suburb of Saint-Denis who snatched a handbag from her containing €4.5 million worth of jewels. Chernovetska reported the theft to police on arriving at the plush George V hotel near the Champs-Élysées; however, within 24 hours, her father had dismissed the incident as a ‘bad joke’, claiming she had been in the Ukraine the whole time. The George V, where the cheapest room costs €750 a night, nevertheless confirmed to the press that a guest by the name of Kristina Chernovetska was staying there at the time. 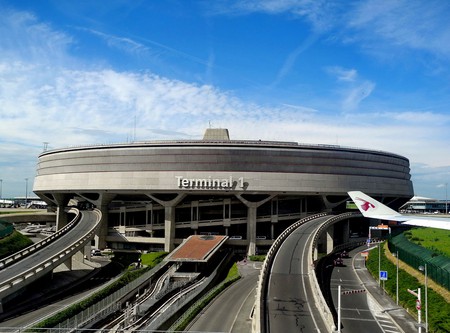 The biggest jewelry heist in French history occurred in July 2013 when the Pink Panthers struck the Extraordinary Diamonds exhibition in Cannes. A lone man armed with a handgun strode into the show at the Carlton International Hotel and in under 60 seconds managed to snatch €122.9 million worth of gems before escaping through an open window. Some 200 members of the group have now been arrested and it is considered to be on the wane; however, their antics have been the subject of the 2013 documentary Smash & Grab and a TV show called The Last Panthers that aired in 2015. 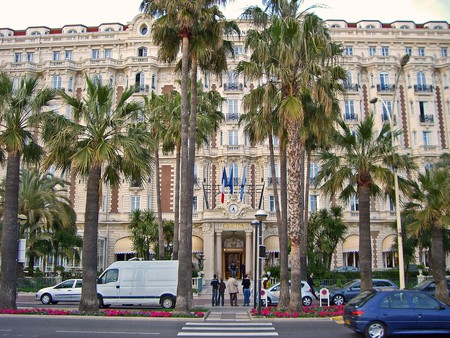 In a heist that lasted under 10 minutes on March 1, 2015, the Chopard jewelry and watch shop on the super-posh Place Vendôme lost an undisclosed sum of goods. Two men armed with a gun and a grenade stormed the store and raided the display cases. The incident unraveled so quickly that neighboring establishments were unaware of any disturbance until after the police arrived at the scene. This was the second major theft the brand had suffered in two years. A safe containing €1 million of jewelry was stolen from an employee’s Cannes hotel room in 2013.

On April 15, 2015, thieves operating in the Landy tunnel – a 1.3-kilometer passageway that you have to travel to get to central Paris from Charles de Gaulle airport – which has become notorious for tourist robberies, stumbled across an unexpectedly valuable booty. In a typical smash-and-grab attack on a traffic-halted taxi, the handbag of a Taiwanese art collector containing €4.5 million worth of Chanel jewels was stolen through the window. The woman told Agence France-Presse that the pieces were meant to be displayed at the Musée d’Art Moderne de Paris but the museum denied the claim. 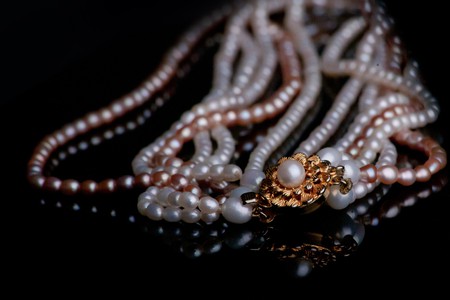 The most documented of Parisian jewelry heists is that of Kim Kardashian which occurred on October 3, 2016. The reality TV star was in the capital for Fashion Week and staying at a private residence in the city. A group of robbers gained entry to the apartment, tied Kardashian up at gunpoint, and then locked her in a bathroom. An estimated €9 million worth of jewelry was stolen, including a 20-carat diamond ring given to Kardashian by her rapper husband Kanye West, which constituted half the value of the theft. In January 2017, 17 people were arrested in connection with the robbery, including the star’s chauffeur. 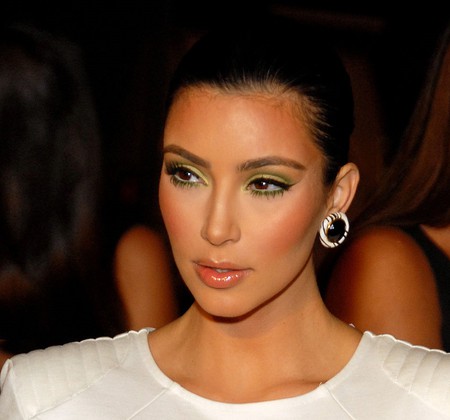 A month after Kardashian’s headline-grabbing hold-up, two unnamed Qatari sisters were robbed of €5 million worth of valuables on November 21. The women, aged in their 60s, had just left Le Bourget airport in the northeast of Paris, which is used mainly by private jets, when their chauffeur-driven Bentley was held up by two masked men. They sprayed tear gas at the car’s occupants and made off with their jewels and luggage containing expensive clothing. This string of attacks on wealthy visitors prompted a global campaign from City Hall assuring high-rollers that everything was being done to ensure their safety. 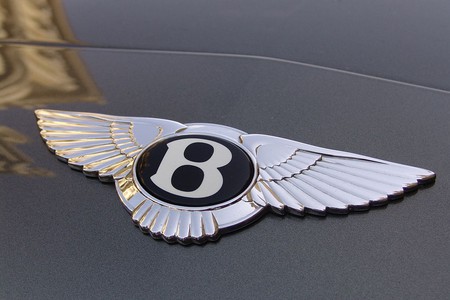 Bentley symbol │ | © I, Endlezz / Wikimedia Commons
Give us feedback