The Unknown Life Of Leonardo Da Vinci In France 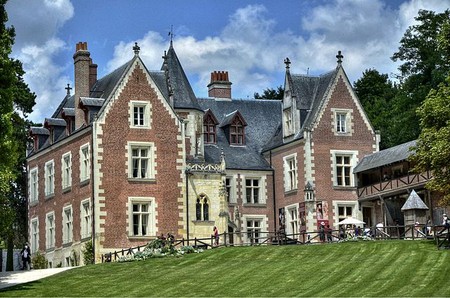 Leonardo da Vinci (1452 – 1519) is universally acknowledged as the quintessential Renaissance man. The Italian-born polymath spent his entire 67 years creating aesthetic and functional objects, which are still considered innovative and captivating today. However, not many people know Leonardo worked for the French King, or that he is buried in a small town in France. Let’s explore the life and death of Leonardo in Amboise, France. 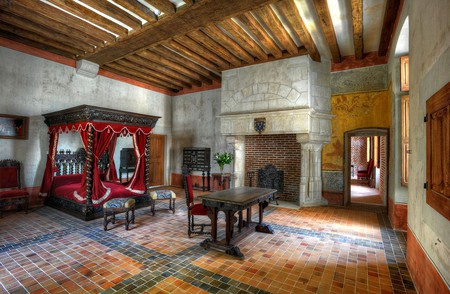 In 1516, Leonardo left his studio in the Belvedere of the Vatican Palace in Rome to join the court of Francois I as “primier peinctre et ingenieur et architecte du Roy” or “The King’s First Painter, Engineer and Architect.” Leonardo moved to the town of Amboise where he was hosted by the King in a grand house, called Château du Clos Lucé, where the view from his bedroom included the King’s castle, Château d’Amboise. He also brought some of his pupils to this house, including Gian Giacomo Caprotti da Oreno, ‘Salai’ and Francesco Melzi. He also notably brought a few paintings, including the Mona Lisa (La Gioconda in Italian, La Joconde in French) and St. John the Baptist.

Although it is recorded Leonardo could not paint “with his former finesse”, he continued to work in other fields, especially in engineering and architecture. The King wanted to build a new castle at Romorantin, and in the winter of 1517 Leonardo drew up designs for the castle, gardens with fountains, and a complex network of canals. The residence was not completed; however, elements of Leonardo’s designs are thought to be found in other châteaux, like Chambord and Blois. On 19 June 1518, Leonardo planned the wedding festival of Lorenzo di Pietro de Medici and Madeleine de La Tour d’Auvergne at Amboise. Who knew “event planner” was another of Leonardo’s talents? 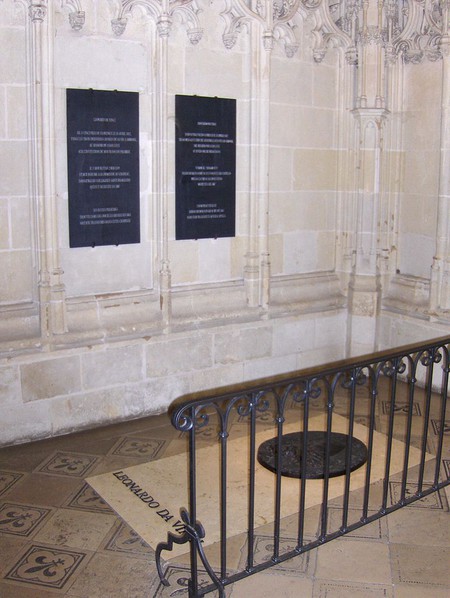 Leonardo was ailing and made his will on 23 April 1519, calling for his burial in the church of St. Florentin in Amboise, and named his servants as those who would inherit his goods. Leonardo passed on the 2 May 1519, of a stroke. There is a sweet, but untrue, legend that Leonardo died in the arms of the King; an event copied many times in painting. Leonardo was buried at St. Florentin in Château d’Amboise on 12 August 1519. 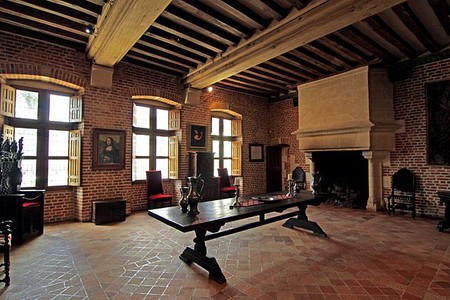 After Leonardo: How The Mona Lisa Ended Up At The Louvre

After his death, Leonardo’s remaining possessions were distributed to his pupils. Melzi received his books, painting supplies and paintings. Salai was given half of Leonardo’s garden with a home in Milan. Interestingly, it is recorded that in 1525 Salai was in possession of certain paintings by Leonardo, including the Mona Lisa and St. John the Baptist. It is unknown how he gained possession of these paintings. However, the Mona Lisa quickly found its way into royal possession. King Francois I purchased the Mona Lisa from Salai and kept it at his palace in Fontainebleau, until Louis XIV moved it to Versailles. After the French Revolution, it was hung in the Louvre in Paris, where it remains today.

Château du Clos Lucé is open year round for visitors, and includes access to the house, an exhibition space that features the inventions of Leonardo, and the gardens. Key sites you must see are his bedroom, the dining room with copies of the Mona Lisa and St. John the Baptist hanging on the walls, and replicas of his inventions of everything from war machines to nautical innovations. 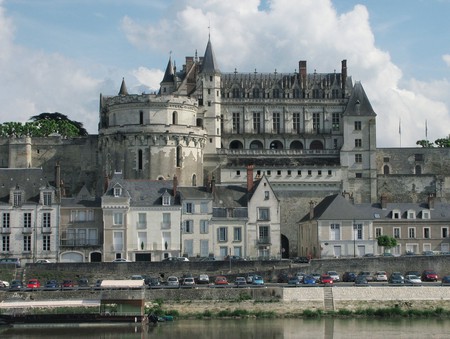 Château d’Amboise is also open year round. You can save money by buying tickets for both châteaux at the Visitors Center. An audio guide (for an additional €4) is also helpful to understand the long history of the Château. The two must-see sites at the Château are the Chapel of St. Hubert with the burial site of Leonardo and the marble bust of Leonardo in the gardens.

The town of Amboise is located in the beautiful Loire Valley and is easily accessible by train, no rental car needed. It is also located only an hour from Paris by high speed train, and 20 minutes away from the town of Tours.