The Top Things To See and Do In Carmes, Toulouse 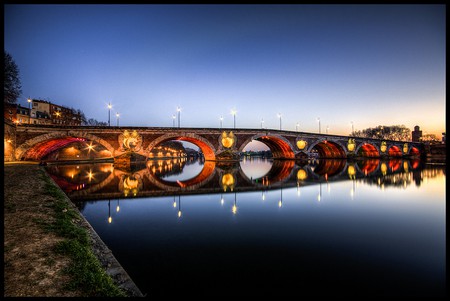 Just outside the center of Toulouse and cut-through by an ancient Roman road, is the historic district of Carmes. While the centrally located Carmelite convent and covered market have faded into history, visitors shouldn’t miss all that this lively neighborhood has to offer. Here is a list of the top things to see and do when in the area. 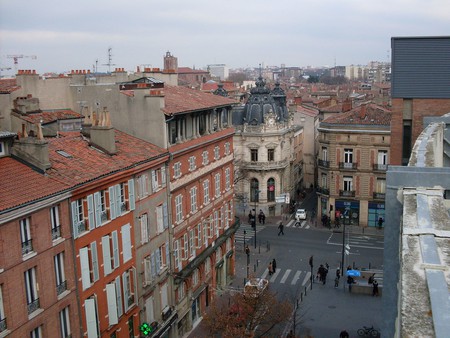 While this covered market no longer dominates the center of the Places des Carmes, it certainly continues to be a neighborhood destination. Recently renovated, the Marché des Carmes offers those visitors lucky enough to have access to a kitchen a wide section of fresh produce, from meat to cheese, and much more, all six days a week. Those who don’t have access to a kitchen should be sure to stop by the market-based bistro, Jeannot Les Carmes; many of the ingredients used there come straight from the more than 50 vendors around all around. 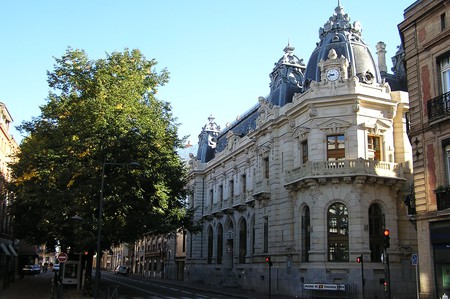 Located just steps from the Marché des Carmes, El Canaille is a deli, grocery and sandwich shop with a distinct Spanish flair. The grocery offers a myriad of products imported directly from Spain, such as sardines packed in their characteristic yellow tins, piquillo peppers, and – of course – ham. However, the real reason to come to El Canaille is for the Spanish-inspired sandwiches. Keep it simple and try the Serrano. Between the thin slices of melt-in-your-mouth ham and pleasantly chewy French baguette, what could go wrong? 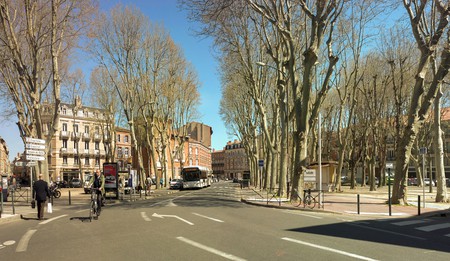 Sometimes, one of the greatest ways to explore any part of a new city is to simply walk around. Carmes is the perfect district to spend the afternoon wandering aimlessly, largely due to its stunning architecture and wealth of charming little side streets. Be sure to stop in the Place du Salin. This large, park-like square in the heart of Carmes contains several historical sites worth seeing; the Church of St. Matthew, the old parliament building built on the site of the Château Norbonnais, and the former studio of photographer Eugène Trutat. Small markets tend to crop up each week as well as the famous garlic market, held every August 24th, marking the anniversary of the massacre of St. Bartholomew.

The Garonne River forms a large section of the Carmelite border. Once the city’s lifeline, this magnificent river is the perfect setting for a long afternoon walk. Not only are there stunning views of the city and the Prairie des Filtres located just on the opposite bank, all along the Quai de Touis are places you can stop to grab a cup of coffee or a glass of wine. The Pont de Neuf, an asymmetrical stone bridge completed in 1632, marks the border between Carmes and the city center. At night, its seven arches glow ethereally in colorful light. 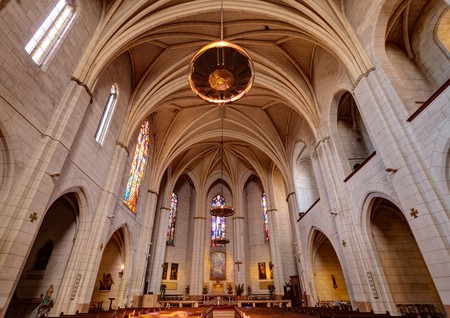 Dating from the late 15th century, Notre Dame de la Dalbade was named for the white, lime-coated church that preceded it. Despite its rather austere exterior, which is typical of the Southern Gothic style, the interior of the church houses many notable works of art. Among them is a 16th century wooden Pietá, several paintings by Jean-Baptiste Despax, a stained glass rose window, and a 19th century organ. Don’t miss the artful 19th century tympanum by Gaston Virebent as you walk through the main entrance either.

Restaurant, French, European, Vegetarian, $$$
Facebook
Email
Twitter
Pinterest
Copy link
Share
Map View
A member of the Château & Hotels Collection, PY-R Restaurant is a locus of modernity in the heart of the historic district of Carmes. Chef and owner Pierre Lambinon, a native of Toulouse, takes inspiration from traditional specialties of the region and reinvents them to match the avant-gardism of space in which he serves his customers five days per week. Some of his specialties include boiled egg with cream of corn, a Moroccan take on duck confit, and sesame caramel. Nice.
Open In Google Maps
19 Descente de la Halle aux Poissons, Toulouse, Occitanie, 31000, France
+33561255152
Visit Website
Give us feedback
Give us feedback