The Top Things To Do And See In Panier, Marseille 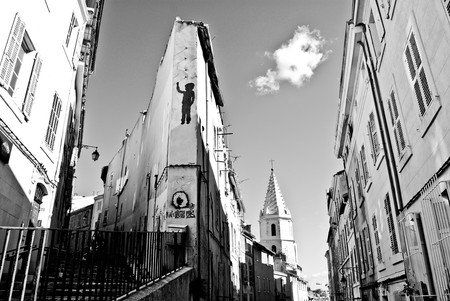 Just north from the Vieux Port, you will discover Marseille’s Old Town, a fantastic history-woven neighborhood where hidden squares, artsy ambience and sun-baked cafés all come together. The old and tall houses of Le Panier tell stories of ancient Greeks, who settled here around 600BC, making for a unique place to spend a holiday. Le Panier can be explored on foot too, meaning this is a fine part of the city to get lost in!

Located just behind the town hall, on Rue de la Prison, you will discover La Maison Diamantée, a beautiful 16th-century civilian palace with a facade featuring diamond facets. Redolent of the disappeared ancient city and patrician houses that were dedicated to the sea and trading, this architectural marvel served as the headquarters of the organizing association of Marseille’s Capital of Culture honor in 2013. Since 1925, its stairs and facade have been the subject of a classification as historical monuments, which makes it a veritable must-see in Marseille.

Undoubtedly, the crown jewel of Le Panier is the Vieille Charité. Designed by the Marseille-born architect Pierre Paul Puget and built between 1671 and 1749, the building was originally intended to house the poor of the city, but eventually served as prison for the growing number of homeless people and beggars of Marseille in the mid 18th century. Today, Marseille’s architectural gem hosts a cultural centre, research units, museums and art galleries. But its ground floor hosts the most intriguing show yet: Être femme à l’époque grecque – just one of the many touring exhibition that grace the rooms here. 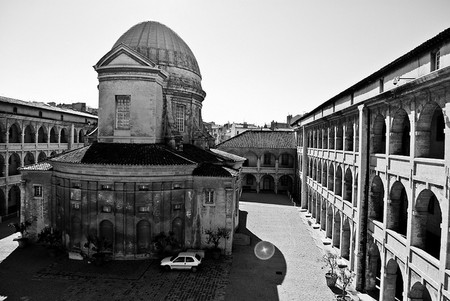 You cannot leave Le Panier without having at least once walked up La Canebière, a vibrant boulevard that buzzes with youth and life day and night. Marseille’s very own Champs-Elysée had once expressed the wealth, desires and pride of the harbor’s colonial trading past. Once sufocated by imposing hotels and sophisticated Haussmannian town houses favoured by successful traders, the boulevard is today ornated with kebab shops and budget stores. With the promise of a unique and refreshing experience, all Marseille’s life walks this way, and so should you!

Every travel to-see list will eventually pin a number of famous chapels, churches, cathedrals or temples on the to-do list. But you will definitely want to see the Sainte-Marie-Majeure de Marseille Cathedral towering over La Joliette wharves. With an Oriental-inspired decor and Byzantine-style towers, the monument was originally a Romanesque church set to welcome French rulers. Erected in the 19th century and commissioned by Napoleon III, the cathedral is the largest of its kind ever built since the Middle Ages. Today, the cathedral stands as a landmark of great historical, cultural and religious significance on both a local and national level.

There is no better ending to a Marseillese day than with a well-deserved Mediterranean meal. A five minute walk from the cathedral will take you to Gérald Passédat’s Le Petit Nice, arguably Marseilles’ finest restaurant. Situated on a hotel’s ground level, this three-Michelin-starred venue overlooking the sea makes delicious food with oodles of imagination and technical mastery. The Chef’s fish dish makes sure his clients leave the restaurant in awe, and – of course – reservations are essential.