The Top 10 Things to Do in Dieppe, France 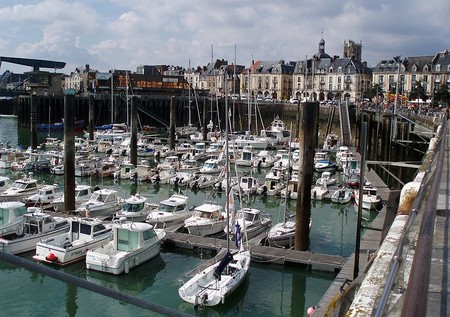 The port of Dieppe | © Georgio / WikiCommons

On the shores of the Alabaster Coast in Normandy is the port town of Dieppe. Not as frequented by tourists as other coastal towns of the region, such as Honfleur and Deauville, Dieppe maintains a grassroots charm. It holds a varied history, between maritime tales and battle wounds from war, and a picturesque port that could rival its counterparts. Here are the 10 best things to see and do in Dieppe, France.

Discover Dieppe’s history at the Château-Musée

The medieval castle of Dieppe doubles as a museum that includes French paintings from the 19th and 20th centuries, including a collection of over a hundred prints by cubist painter, Georges Braque, whose grave rests in the nearby village of Sainte-Marguerite-sur-Mer. Other works on display include Dutch paintings from the 16th and 17th centuries, archaeological artifacts that have been found throughout the region, ship models and the largest collection of ivory carvings in all of Europe, dating back to the 16th and 20th centuries. The castle was constructed in 1188 as a defence for Dieppe over the English Channel and served as a prison during the French Revolution. 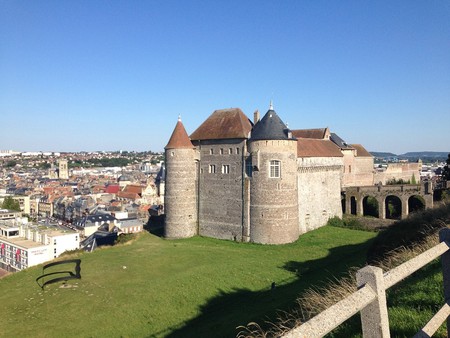 The Castle of Dieppe overlooking the city | © Jean-Christophe Marteaux / Pixabay

Remember fallen soldiers at the Memorial of August 19, 1942

Operation Jubilee, also known as the Dieppe Raid, took place on August 19, 1942, when a gruesome battle was fought by Allied British and Canadian forces in an attempt to destroy the German stronghold in Dieppe. Today, the battle is commemorated in Le Petit Théâtre, a former theatre constructed in Italian-style design in 1826, through a memorial that honours the lives of the over 1,000 soldiers who lost their lives that day. The exhibit features documents, arms and objects salvaged from the Raid, as well as portraits of veterans lining the theatre stage and a screening of a film about the Operation.

Dieppe’s proximity to the coast allows for an abundance of delicious seafood, caught fresh from the Channel waters. Their most cherished ocean commodities are herring and scallops, both of which have earned their very own festival hosted annually in the port town. Restaurants abound, visitors can take their pick from a number of establishments around the port including a Michelin-starred option, Les Voiles d’Or. The local dish, marmite dieppoise, is a combination of fish, crustaceans and mollusks stewed in a savoury, creamy broth. 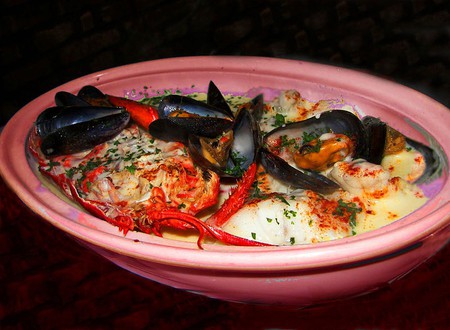 A bowl of the fish stew Marmite Diepposie | © JPS68 / WikiCommons

Dieppe’s local market takes place every Saturday morning on the Grand Rue and is one of the best and most famous in Normandy. It features an array of vendors selling everything from seafood (of course) to fresh fruits and vegetables, clothing, spices, home decor and local specialties such as cheese and cider. It also makes for a great spot to grab a bite for lunch.

The Château de Miromesnil is found approximately 10 kilometres outside of Dieppe and is best known as the birthplace of the important French writer, Guy de Maupassant. Construction began in 1590 and ended 10 years later in 1600; the original castle having been destroyed during the Battle of Arques in 1589. Visitors can not only opt to visit the castle to admire its architecture, including its Louis XII facade, it also serves as a bed and breakfast with four rooms and two cottages available. 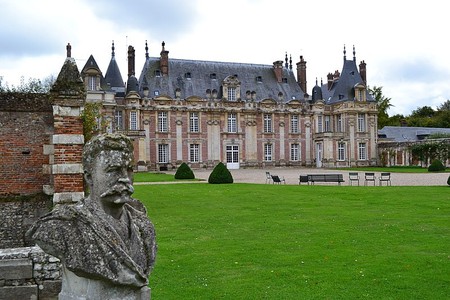 Take in the beauty of the Alabaster Coast

Dieppe makes up part of the over 120-kilometre long Alabaster Coast, a stretch of coastline defined by its dramatic ivory chalk cliffs that drop off into the ocean waters. The landscape has inspired a number of creatives such as Guy de Maupassant, who grew up in nearby Étretat and wrote a passage about the milky cliffs in his work The Shepherd’s Leap as well as in the short story The Englishman of Étretat. The region, also known as Pays de Caux, also incited paintings by the Impressionists such as Pierre-Auguste Renoir, Camille Pissarro and Eugène Boudin. Vistors of Dieppe can enjoy the view of the cliffs looming in the background while hanging out on the town beaches.

The old Pollet Quarter was once the buzzing fishermen’s district of Dieppe. It lies at the foot of a chalk cliff of the same name and is a maze of lovely cobblestoned streets lined with flint and half-timbered houses. The quarter is accessed by the city’s Pont Colbert, an impressive swing bridge from the 19th century and named a historical monument.

The Saint-Jacques Church dates back to the 12th century, though its construction wasn’t complete until the 16th. It lies at the heart of the city, dominating the skyline with its belfry tower reaching 42 metres into the sky and its varied architecture, featuring a combination of Renaissance and Flamboyant Gothic. Impressionist artist Camille Pissarro, who was inspired by the church, captured it in 1901 in his work, L’église Saint-Jacques à Dieppe. 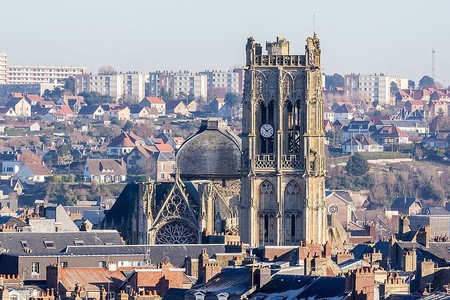 Get a birds-eye view from Notre-Dame-de-Bon-Secours

The view from the chapel of Notre-Dame-de-Bon-Secours atop the Pollet Cliff is one of the best panoramas of the city and its surroundings. While the chapel’s original purpose saw it as a site of pilgrimage, it is now regarded as an ode to the sailors of Dieppe lost at sea in the early 20th century, commemorating them through marble plaques found in its interior. A variety of different architectural styles can be noted in the church’s construction including neo-Gothic, Romanesque and Byzantine elements.

The Agapanthe Gardens are located approximately 35 kilometres outside of Dieppe, halfway between the city and Rouen, making it a perfect pit stop for a road trip through Normandy. Road trip or not, the venture from Dieppe is worth it to witness the stunning gardens by landscape architect Alexandre Thomas. The 9,000 square metres of land that contain the gardens are grass-free, covering it instead are plants, shrubbery, trees and flowers. Thomas doubles as an antique dealer and his findings can be found scattered throughout the grounds, mostly in the form of furniture, pots and ornamental statues. A few are even up for sale, in case something happens to particularly catch your eye. 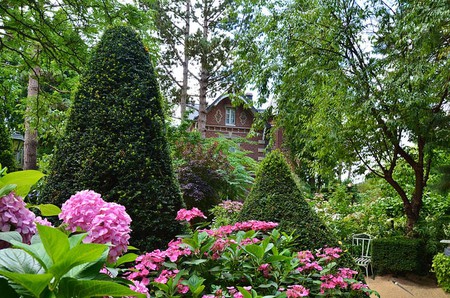