The Top 10 Things To Do and See In Rennes

The capital of Brittany, Rennes is a beautiful city and a great place to explore northern French culture. With a history that dates back to the Roman era, there are many intriguing monuments, as well as exciting museums, beautiful parks, and fascinating churches. From the impressive Parlement de Bretagne to Rennes’s most entertaining café, we’ve selected the very best sights and activities to see in town. 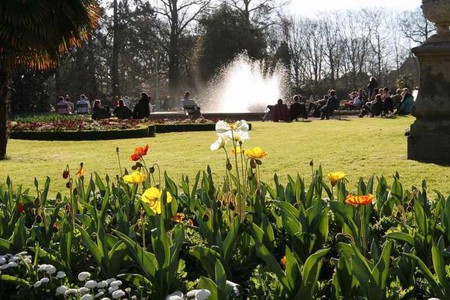 Occupying the northeast corner of Rennes, the Parc du Thabor is a park that covers over ten hectares. It was designed in the 19th century by Denis Bühler on the site of the orchard of a former Benedictine abbey. It comprises a French garden, an English garden, a rose garden, a botanic garden, greenhouses, fountains and a bandstand. It is an idyllic area of greenery that is a lovely spot for a leisurely stroll, away from the hustle and bustle of the center and is especially worth seeing during the Tombées de la Nuit, an annual outdoor summer festival celebrating arts and culture across the city.

An impressive vestige of the medieval period, the Duchesne Tower dates from the 15th century and is situated within the 3rd century Gallo-Roman fortified wall of Rennes, reconstructed between 1447 and 1459 and extending to the grand gate, the Porte Mordelaise, which was built in the same era. Next to the former artillery center, this fascinating structure once played a significant role in the protection of the city. The tower takes its name from Jehan du Chesne, the principal gatekeeper of Rennes and the tower’s first inhabitant. 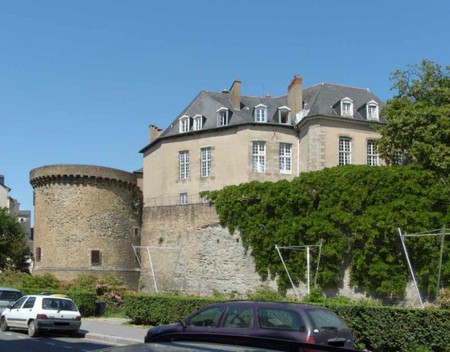 An iconic symbol of the ancien regime, the Parlement de Bretagne was the sovereign Court of Justice for Brittany, founded in 1554. This magnificent building was constructed to house the parliament in 1655 and retained its function until its dissolution during the French Revolution in 1790. It is still in function today, now housing Rennes’ Court of Appeal, where it is possible to have a guided tour of its brilliant 17th-century architecture. 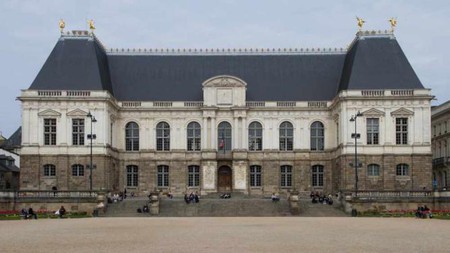 Situated just northwest of the center of Rennes, the Place des Lices is a lovely square full of beautiful pieces of Breton architecture. It is probably best known for its Saturday morning market. Tracing its roots back to 1483, this is the second largest in France, with over three hundred craftsmen and producers from all across Brittany holding stalls here. In short, this bustling square is the perfect place to try some Breton specialties, such as the famous Breton cider, the salted butter, and Reinette apples. 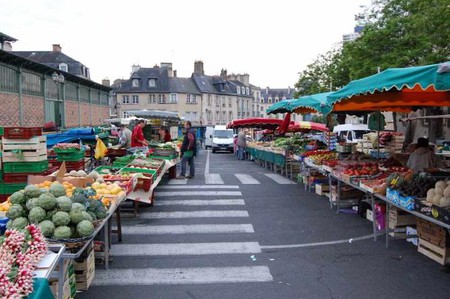 A magnificent piece of neoclassical architecture built in 1845, but whose site has a history that dates back all the way to the 6th century, Cathédrale St-Pierre is definitely worth a visit. Its stunning exterior is matched by the grand design inside, especially the beautiful ceiling décor and the spectacular organ. It is also a very significant building for the Roman Catholic population, being the seat of the Archbishop of Rennes.

Located in the heart of Rennes, Les Champs Libres brings a splash of modernity to the ancient landscape of the city. Built in 2008, this modern glass building houses the cultural center of Rennes, including Rennes’s central library, the Musée de Bretagne and a science center, including a planetarium. A wonderful way to get a good dose of cultural enrichment, this modern, buzzing center is a hub of cultural activity, hosting a number of intriguing temporary exhibitions right throughout the year. 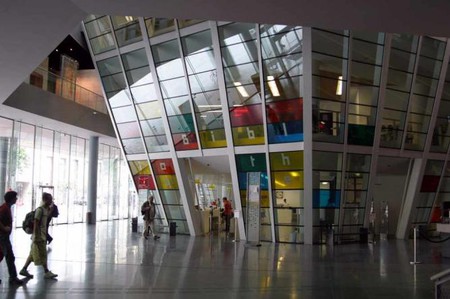 For a well-deserved break from all the educational activities Rennes has to offer, there are few better ways to spend an evening in Rennes than at the lively, friendly Couleurs Café. Whether you’re looking for a delicious hot drink or an inventive cocktail, this brilliant bar caters to all needs. It is especially a paradise for rum-lovers, with a choice of around forty different rums and an enormous list of rum-based cocktails, including an unusual banana daiquiri.

A unique and unmissable visit for all photography lovers and art collectors, the Eleven Art Gallery is an exhibition space for both budding and professional photographers, founded by the passionate Michel-François Salmon. The works come from photographers from right across the globe and include the likes of Ian Sanderson and Gwenaëlle Gonzalez, as well as a number of local Bretons. 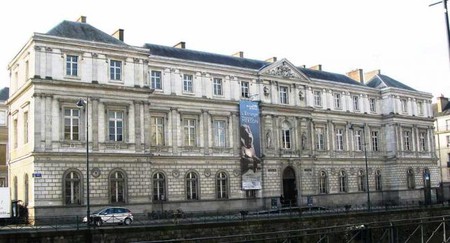 Founded during the French Revolution in 1794, originally as a place to display confiscated artworks from public buildings and churches, the Musée des Beaux-Arts of Rennes boasts a rich history. The beautiful building seen today was constructed in the mid 19th century and boasts an enchanting décor that really highlights the magnificent works of art that it displays within. Ranging from relics of Ancient Egypt to pieces of modern art, the collection contains a number of notable works from across the centuries and is particularly famous for its collection of sketches, including some by Leonardo da Vinci and Rembrandt.

Situated on the edge of the lovely Parc du Thabor, with a history of construction that runs from the 6th century to the mid-19th century, Notre-Dame-en-Saint-Melaine is an especially significant cultural site within Rennes. It was a particularly useful building when the Cathedral Saint-Pierre was being rebuilt, as it was used as a temporary cathedral during this time. The building is also an interesting piece of architecture, presenting a mix of Roman, Gothic and neoclassical styles. The interior is no less fascinating, containing an especially noteworthy 15th-century fresco depicting the baptism of Christ.