The Top 10 Things to Do and See in Nantes

With a population of almost 300,000, Nantes is a big, bustling French city, an experimental and artistic area brimming with attractions. A waterside region on the Loire River, Nantes is renowned for its splendid scenery as well as numerous galleries, museums and castles. With a royal history as the previous home to the Dukes of Brittany, majestic influences abound throughout the city, creating a stately and sublime setting for visitors to explore and enjoy. From creative and colorful exhibitions to commanding cathedrals, here’s our definitive list of the top 10 things to do and see in Nantes, France. 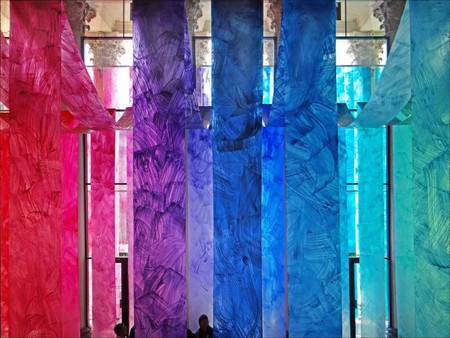 The result of an unprecedented artistic project, Les Machines de l’Ile, the machines of the isle of Nantes, are grand and innovative structures found throughout the area, figures which aim to promote the city’s image as a creative metropole of dream and of fantasy. The grand Éléphant was Nantes’ first machine, and now several others have been added to the series, including the Manta Ray and the Sea Snake. In the warehouses of the former shipyards in Nantes the machines are created by two artists, François Delarozièreand Pierre Orefice. The designs intentionally feature visible mechanisms and aim to illustrate a combination of Jules Verne’s “invented worlds” and Leonardo di Vinci’s mechanical universe.

Open daily from 12.30pm until 6pm, Jardin des Plantes is Nantes’ largest and most beautiful botanical garden. Founded in the 18th century, over the years the garden has flourished thanks to the constant supplies of seeds brought to the city by ships returning from international journies. Certified as a ‘Botanical Garden of Europe’ in 2000, Jardin des Plantes covers more than 7,000 hectares and houses more than 500 varieties of flowers, including a huge number of pretty magnolias and colorful camelias. A leisurely stroll here is a great way to relax and unwind in the city, and interestingly, it has recently celebrated the 300th birthday of one of its magnolia trees.

Built in 1207, the majestic Chateau des Ducs de Bretagne, a large castle set in the center of Nantes, operated as the seat of the province of Brittany until 1941, and served as the home of the Dukes of Brittany for over three hundred years. In 1862 the castle was listed as a national historical monument, and it today houses the Nantes History Museum featuring over 850 artefacts illustrating the rich and varied heritage of the region. A beautiful example of French architecture in the heart of a bustling city, be sure to traverse the castle at night, when night-lighting illuminates the structure and highlights the architectural complexity of its design. 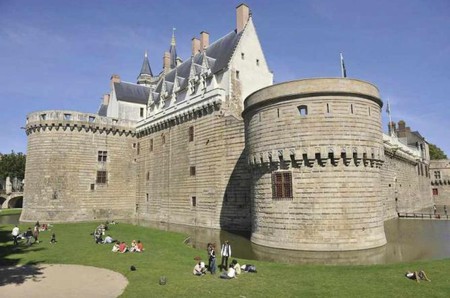 Dating back to the 15th century, the Cathedral of St. Peter and St. Paul, also known as Nantes Cathedral, is a Roman Catholic church situated in the heart of the city. Only completed in 1891, the cathedral was built over 357 years in a Gothic style, on the site of a previous Romanesque cathedral. As such it features a combination of architectural forms including white stone, large towers and richly decorated gates. Damaged extensively during World War II, the cathedral then suffered a fire in the 1970s, through which it incurred irreparable damage. Despite this, the Cathedral of St. Peter and St. Paul offers visitors the chance to explore a peaceful, charming and historical religious site in the center of Nantes, and should not be missed.

This charming park is located alongside a canal in the pretty Nantes neighborhood of Quai Henri Barbusse. Small in size, the Jardin Japonais offers an idyllic piece of peace and relaxation in the center of the city. Several sparkling ponds can be found here, with the aim of imitating an oriental landscape, and a visit is highly recommended in spring when the colorful cherry trees are in full bloom. Explore rock gardens, waterfalls and exotic plants such as bamboo, bald cypress, rhododendrons and camellias, and enjoy a picnic on a warm Nantes day amongst the beauty of Japanese-inspired surroundings. 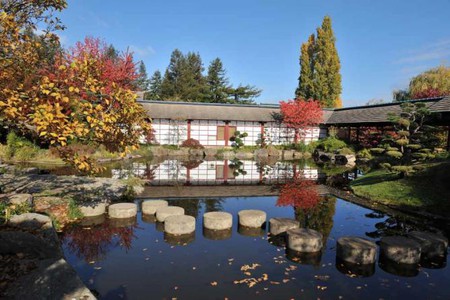 Housing 822 people, the Theatre Graslin was built in the late 18th century by the renowned architect Mathurin Crucy. Inaugurated in 1788, it is the most popular opera house in Nantes alongside the Grand Theatre d’Angers. Destroyed by a devastating fire shortly after its opening, the theater was reconstructed in 1811 and restored a second time in 2003, and is designed largely in an Italian style, with a facade drawing on features of Roman and Greek architecture and boasting eight imperial columns. The statues overlooking each column represent eight of the nine muses, and were intricately sculpted by the artist Dominique Molknecht. Theatre Graslin is still a top spot to catch a range of operatic and theatrical performances; check out the full range of listings here. 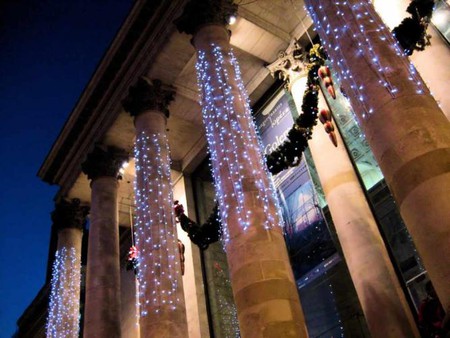 Situated on the 32nd floor of the Tour Bretagne, a towering skyscraper in downtown Nantes, Le Nid, ‘the nest’, is a panoramic bar offering breathtaking views over the city. The venue is home to the giant replica of a nesting bird, said to be half stork and half heron, an animal watching calmly over the city. In a fun approach to interior design the body of the bird serves as the bar and her neck and eggs are the chairs and tables. Created by Nantes-born graphic artist Jean Jullien, Le Nid is a must-visit, whether for a drink with friends, a look at the city from the terrace, or just a glimpse of the ginormous bird.

Open daily from 10am until 7pm, the Jules Verne Museum is dedicated to the famous writer who was born in the city of Nantes. Consecrated to Verne in 1978 on the 150th anniversary of his birth, the museum was renovated in 2005, and includes a plethora of captivating books, manuscripts, documents, illustrations and objects of the esteemed author. Several audiovisual devices here transport visitors into the heart of Verne’s writing process, and the museum regularly hosts exhibitions of other authors inspired by the work, passions and ideals of Verne. 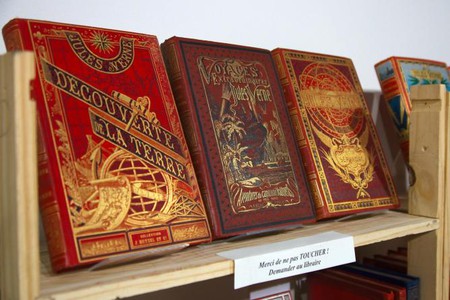 The books of Jules Verne I | © Frédéric BISSON/Flickr

Built with the aim of illustrating the different methods of manual, mechanic and typographic printing processes, the Musée de l’imprimerie is a museum with the mission of enhancing, conserving, documenting and valuing the heritage of printed books and graphic arts. Experienced guides here can show visitors several kinds of machines, all of which are still working, and there are regular interesting exhibits showcasing how to make paper and displaying various prints and animations. Take a trip here to operate the machines and work with old tools which have been used to create text and images over centuries; an unmissable experience.

Le Lieu Unique is a center of contemporary arts in Nantes, and was opened in 2000 in a former biscuit factory. The name itself alludes to the uniqueness of the venue, and indeed it is unlike any other establishment in the city, showcasing everything to do with the arts, from theater and dance, to literature and architecture, even circus performances. Aiming to present Nantes as an artistic and experimental area, Le Lieu Unique perfectly achieves its goal, and presents an array of artistic forms in a renovated and enthralling fashion.