The Top 10 Things To Do And See In Limoges 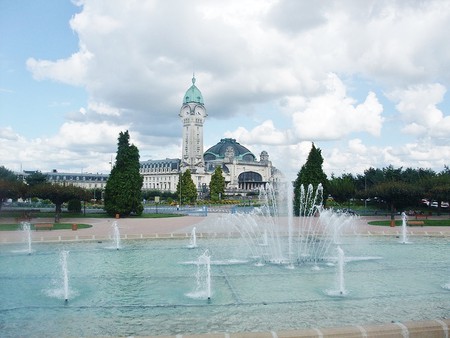 We know Limoges for both its production of enamels on metal since the Middle Ages and its 19th Century porcelain production and tradition. However, the small city of Limoges in west-central France can offer more than its tradition in the artistic production of enamel to its visitors. A variety of interesting museums, imposing Cathedrals and Chappelle’s, romantic gardens and mysterious medieval passages wait for us to discover! 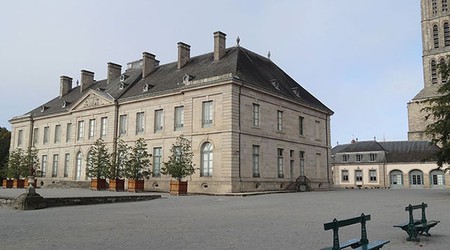 Museum
Facebook
Email
Twitter
Pinterest
Copy link
Share
Map View
Located in the heart of the historical district of La Cité Saint-Etienne, The Limoges Fine Arts Museum challenges all its visitors to travel back to the 18th century. Built by Joseph Brousseau between 1766 and 1773 for the Bishop of Limoges, Louis-Charles Duplessis d’Argentré, the former Episcopal Palace has been occupied by the museum since 1912. The renovated old buildings and the modern constructed extensions complete the museum’s Neo-Classic design, creating the ideal background for its exquisite collections of Egyptian antiquities, Romanesque and Gothic sculptures, and Renoir or Suzanne Valadon paintings.

Watch out for: The museum’s priceless collection of enamels since the 12th Century.
Open In Google Maps
1 Place de l'Évêché, Limoges, Nouvelle-Aquitaine, 87000, France
+33555459810
Visit Website
Give us feedback

A deep breath of the fresh air, the authentic smell of the damp earth and more than 5,000 rose bushes complete the enchanting scenery in the Limoges’ beautiful botanical garden. Behind the Cathédrale St-Étienne, and next to the Episcopal Museum, The Evêché gardens are the city’s hidden treasure. These enchanting gardens composed of six terraces within the old city walls, flower beds, fountains, ponds and an ecological garden of natural local environments seem to be the ideal place for those who want to refresh their souls.

Watch out for: Harmony, fresh air, relaxation with a breathtaking view on the banks of the Vienne.

Completed at the end of the 19th Century, the history behind the imposing Cathedral of Saint-Etienne deserves your attention. Its construction begun in 1273 and was completed six centuries later. This impressive Gothic-inspired building, built almost entirely in granite, is one of the most prestigious ogival (Gothic pointed arch) cathedrals in the southern France. Stained glass windows of remarkable quality, impressive sculptures and authentic medieval paintings make visitors realize the majesty of the cathedral, which is considered as one of the major Gothic monuments of the Loire. Taking also the chance of a free tour, this Cathedral is definitely worth a visit.

Watch out for: One of the largest baptisteries in France was discovered at the foot of the cathedral.

Museum
Facebook
Email
Twitter
Pinterest
Copy link
Share
Map View
The Adrien Dubouché National Museum could be defined as the paradise for porcelain collectors. Having the largest public collection of Limoges porcelain in the world, this museum introduces us to the world of porcelain manufacture and the history of ceramics from Antiquity to nowadays. Offering programs of cultural events, as well as a variety of activities and national and international exhibitions, The Adrien Dubouché National Museum has already become a part of French contemporary society. Aiming at all sections of society, the museum organizes activities for individuals, students, groups and families based on an interactive educational route.

Watch out for: More than 17,000 works of ceramic and Limoges porcelain of which 5,000 are currently on display.
Open In Google Maps
8 Place Winston Churchill, Limoges, Nouvelle-Aquitaine, 87000, France
+33555330850
Visit Website
Give us feedback

One of the most famous buildings in the city of Limoges, the Benedictine Station Limoges took its name from the presence of a Benedictine monastery during the years of the French Revolution. Located on the Orléans–Montauban railway, Bénédictins station of Limoges was designed by French architect Roger Gonthier in 1917. It was built between 1927 and 1929, and nowadays is considered as one of the last monumental train stations in France. Being the third built train station since the arrival of the railway, the Bénédictins station has been characterized as the most beautiful train station in Europe.

Watch out for: A stunning 60 meter tall clock tower consisted of twelve floors on the Southwest side of the Bénédictins station of Limoges.

One of the most picturesque quarters of the city, Rue de la Boucherie owes its name to all the butchers’ shops that once existed across the street in the Middle Ages. Located in the heart of the historic center, a small history “ecomuseum”, the Maison de la Boucherie, introduces visitors to the life of these families during the medieval times through a variety of authentic tools, writings, and pictures since the beginning of the 13th Century. Full of medieval half-timbered houses and romantic pedestrianized roads, Rue de la Boucherie is definitely a delightful walking area of Limoges.

Watch out for: Find yourself lost in the narrow, medieval streets of Limoges’s oldest quarter.

The central covered market of Limoges is definitely a local gourmet hotspot. Built on Place de la Motte between 1885 and 1889, the central market of Limoges was the shopping center of Limoges during the 19th Century. It was completely renovated in 1996 giving emphasis to a steel structure with triangulated frames, inspired by the works of Gustave Eiffel, architect of the eponymous Parisian tower. The designers of the renovated steel structure were two followers of Eiffel’s works, Levesque and Pesce. Nowadays, the central covered market houses more than 40 shopkeepers serving a variety of local dishes and 2 typical restaurants.

Watch out for: There are 328 panels above the cornice made by students at the National Decorative Arts School, as a tribute to the history of porcelain in Limoges’s architecture.

The abbey Saint-Martial de Limoges was built in the 9th Century on the site of the tomb of Saint Martial. During the Middle Ages, the St. Martial Benedictine Abbey was a prestigious institution, a major center of western culture and art, influencing the whole medieval Christian West between the 10th and 12th Centuries. Despite its golden age, the abbey was abandoned in 1789, until the moment of its rediscovery in 1962 during the construction of a car park. The only remaining part is a 10th century crypt of the tomb of St. Martial, the first bishop of Limoges.

Watch out for: The St. Martial Benedictine abbey strongly depicts the religious devotion of intellectuals and artists between the 10th and 12th centuries.

The Chapelle Saint-Aurélien was built in 1471 as an outdoor church housing the body of the second bishop of Limoges, St. Aurelian. Decorated in the baroque style, the Chappelle has been revised and enlarged several times since the 17th Century. It is a private property and belongs to a member of the Brotherhood of St. Aurelian, as it was sold as a national property during the French Revolution. Renovated once again in the 19th Century, this tiny Chappelle gives the opportunity for visitors to admire original luxurious furnishings from all periods.

Watch out for: The 15th Century statue of St. Catherine and the sculptures of the Virgin Mary and St. Anne from the same period.

The Reynou Zoological and Landscaped Park

The Reynou Zoological and Landscaped Park in Limoges can be characterized more as a park than a zoo. This zoological paradise, located a few kilometers from Limoges in Le Vigen, gives to all ages the opportunity to explore and enjoy the wildlife. Set yourself free, walk around the vast spaces and admire the magnificent wildlife. More than 130 animal species coexist in this delightful landscaped park and 120 plant species from all over the world make the Reynou Zoological Park highly recommended for botanists and families alike.

Watch out for: Enjoy a refreshing drink at the sunny terrace of a 19th Century castle in the heart of the park.