The Top 10 Things To Do and See in Grenoble

The quintessentially European town of Grenoble is a city in south-east France. Nestled at the foot of the French Alps, Grenoble, nicknamed the ‘capital of the Alps’, is surrounded by soaring snow-capped peaks and luscious green forests – making the views here some of the best in Europe. The city boasts of a fantastically creative atmosphere thanks to its extraordinary number of world-class art galleries. More than 2,000 years old, this ancient city has charmed visitors for centuries with its stunning architecture and gorgeous period character.

The stunning landscape of Grenoble | © indicpeace/Flickr

Perched on Mount Rachais, La Bastille is one of the city’s most popular attractions with tourists. This centuries-old fortress dates back to the Middle Ages and in the 1800s was used to defend France against invasions from its then rival: the Duchy of Savoy. Later additions were made to the fortress and it is now one of the largest and most important examples of 18th century fortifications in the whole of France. Learn about the fort’s defensive system by exploring the Mandarin Caves, located underground, beneath the fort’s very foundations. There is also a small but interesting military museum on the site of the Bastille, as well as two restaurants. Its elevated position offers a spectacular vista across the breathtaking landscape all around. 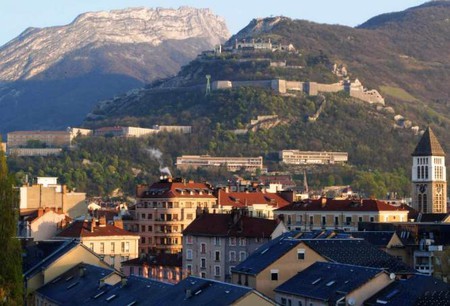 Grenoble’s Parc Paul Mistral is a lush green oasis in the center of the city. Daily stresses and the sounds of traffic will feel a whole world away in this idyllic spot. Brimming with life and the sound of children’s laughter, the 67 acres of parkland offer no end of entertainment options encompassing everything from roller skating, rounds of street hockey, handball, ultimate frisbee, salsa sessions, and board game tournaments. It’s not uncommon to stumble upon a yoga, tai chi, knitting, or even tango class while ambling through the park’s tranquil, tree-lined avenues. The Perret Tower, unveiled in 1925, stands in the middle of the park and, when illuminated with twinkling lights by night, makes for a very romantic view. The park is a popular place for couples to take an evening stroll under the stars. The Parc Paul Mistral is also home to Grenoble’s city hall. 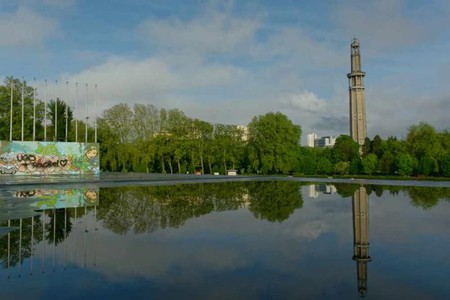 Inaugurated in 1994, the stylish and contemporary building that houses Grenoble’s main art museum is worthy of a visit in itself. Its innovative design rivals the art inside its walls – an impressive feat considering the quality of the art on display here. The museum mainly houses a collection of modern art and includes work by many 20th century masters including Andy Warhol, Kandinsky, Matisse, Picasso, and Joan Miro. The section of ancient artifacts is a similar treasure trove of beauty with fascinating and rare finds from the Egyptian, Greek, and Roman civilizations. One of the most popular exhibits is the mummified body of Egyptian prophetess, Antinoe, which dates back to the 6th century.

Opened in 1934, the bubble-like capsules of this cable car have been transporting people from the center of Grenoble to the Bastille fortress for years. Almost as famous as the fortress itself, tourists flock to the city to take a ride in the world’s first urban cable car. The bubble pods offer a superb vantage point from which to admire the Isère River and the famously beautiful Alpine landscape. Jaw-dropping views encompass jagged mountain ranges, gushing Alpine rivers, and dense forests. On days of good visibility the tip of Mont Blanc even peeks into view. The airborne expedition is sure to be one you won’t forget in a hurry. 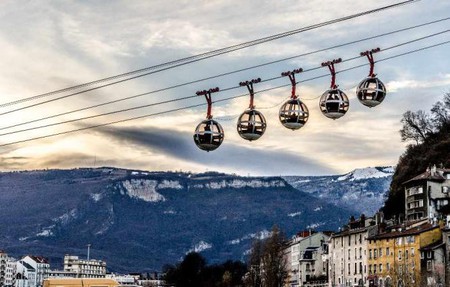 The 17th century convent which houses this museum provides an aptly historic setting for the museum’s collection of exhibits on the native people of this region, the Dauphiné highlands. Hardened by the volatile Alpine weather, these highlanders soon evolved their own distinctive identity and culture. Come to this museum to discover the art, craft, fashion, traditions and culture of this fascinating people. Exhibits are interactive and designed to capture the imagination – one section even traces the evolution of skiing in the region, from its earliest Stone Age beginnings right through to the modern age and the Winter Olympics that were held in Grenoble in 1968. The museum complex is also comprised of some lovely gardens, an ancient cloister, and a sumptuous Baroque chapel.

This cave of brick, metal, and glass, casts a striking shadow over the city of Grenoble. The building is in fact a former warehouse, built by the world-famous architect Gustave Eiffel for Paris‘s World Fair in 1900. In 1986 the warehouse was transformed into a modern art gallery which is famous for displaying only the most cutting edge art in France today. The gallery is considered one of the finest modern art galleries in the whole of the country and the three-month rotating exhibitions act as a canvas for the best new creative talents in the world. The building’s spectacular glass roof floods the main exhibition space with light – making it the perfect spot to admire the beauty of Le Magasin‘s displays. The gallery lies at the forefront of innovation and experimentation and has already earned itself a prestigious reputation. 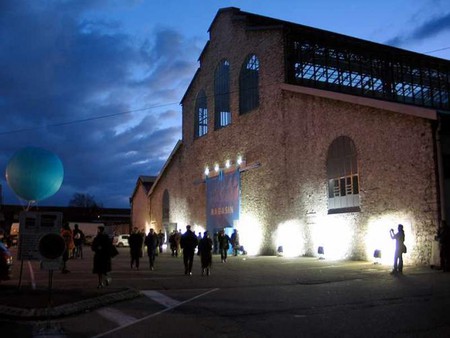 Many of the artifacts in this museum were excavated from the very site on which the museum stands. Lying right on the banks of the Isère river and housed inside a 12th century church, the city’s archaeological museum, along with its fantastic location, truly do exhibit the best of Grenoble’s character, nature, and history. Let yourself be transported back in time by authentic artifacts and ancient curiosities. The 2,000 year-old town of Grenoble is simply brimming with history and stories, and this captivating museum is the ideal place to begin your adventure into Grenoble’s past.

The Musée de l’Ancien Évêché, meaning ‘Museum of the Ancient Bishopric’, was a bishop’s palace, built in the 1200s. This historic building now houses a collection of objects which trace the history of this French region right back to its Neanderthal roots. Some of the oldest architecture in the city can be seen here. Don’t miss the chance to admire the feat of engineering that is the city’s defensive walls, dating from Roman times in around the 3rd century. Tourists also benefit from the rare opportunity to visit a 4th century baptistery. The building’s sumptuous interiors and ornate decoration certainly merit seeing. The museum also offers interactive workshops and activities for children.

Worn out by culture and art in this fabulously creative city? No problem – the enthralling exhibits at Grenoble’s Natural History Museum provide a superb alternative. Be staggered by the magnificence of the natural world in this wonderful museum. Its interactive exhibits and emphasis on being able to see and touch really throw visitors right into the world of Alpine wildlife. The museum displays the rarest and most beautiful of the plants and animals that have earned this region its reputation as a natural haven. The display of gems and minerals also dazzles with the size, rainbow colors, and diversity of the stones. The stunning neoclassical building is itself a sight to behold, and an on-site aquarium ensures no end of interest for nature-lovers here at the Natural History Museum. The museum’s showstopper however is the attached Botanical Gardens. The 20,000 square meters of lush green gardens incorporates greenhouses, winter gardens, flowerbeds, and unparalleled opportunities to see rare species. 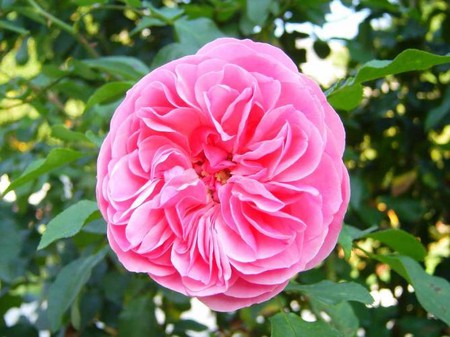 Venture 10 minutes outside of the city, to the commune of Sassenage to discover the fascinating underground world of ‘les cuves‘, the Sassenage cisterns. This adventure into the center of the earth promises awe-inspiring sights, gushing subterranean rivers, and natural wonders in spades. Take a guided tour of the cisterns to marvel at how millions of years have shaped and changed the earth we live on and be blown away by the might and magnificence of nature.

Marianna is a languages student and travel blogger with an eye for the unusual, a heart for exploration, a stomach for food adventures, and a penchant for a pun. Visit her blog, A Hunt Around Russia, to discover more.