The Top 10 Things To Do And See In Ecusson, Montpellier

Écusson, Montpellier’s old town, is the bustling center of this up-and-coming southern French city. From people watching on the picturesque Place de la Comédie to finding a gem of a restaurant hidden within the vast network of winding streets, there’s something for everyone to do in Écusson. Here we look at the ten best things to do and see in the area. 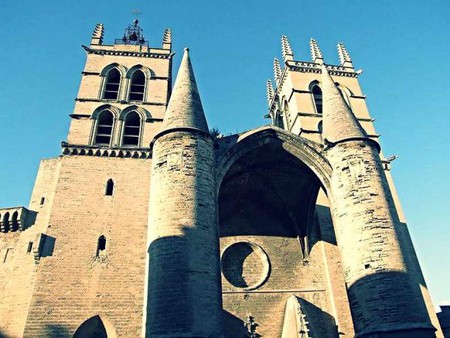 Montpellier Cathedral, more properly and locally known as the Cathédrale Saint-Pierre de Montpellier, is undoubtedly one of Écusson’s most imposing buildings. Founded in the 14th century, this Roman Catholic Gothic church suffered extensive damage during the 16th-century Protestant and Catholic Wars of Religion in the south of France. It was eventually rebuilt in the 17th century, making this the only medieval church in Écusson to have survived these wars. The enormous circular columns, each with a diameter of over 4.5 meters, and the huge, circular stained-glass window on the northern end of the church make for spectacular viewing.

No visit to Montpellier would be complete without a visit to the Place de la Comédie. Being the hub of the city’s transport network from which the rest of the city spirals out, it would be difficult to avoid it anyway. The square, as the historic crossroads of the city, presents an interesting mélange of architectural influences which provide great photo opportunities. At the southern end stands the imposing 18th-century opera house which gives the square its name, and the northern end gives way to the tree-lined Esplanade Charles de Gaulle. There are plenty of bars and restaurants around the edges of the square, so you can while away the hours people watching to your heart’s content.

The very easily accessible Musée Fabre should be on everyone’s to-do list in Montpellier. Located just a two minutes’ walk from the Place de la Comédie, this ideally situated 19th-century art museum is Montpellier’s largest and is home to a vast collection of artworks spanning many centuries and many artistic movements. Of particular note are the paintings donated by a number of artists from the Languedoc-Roussillon region, including the Montpellier-born painter François-Xavier Fabre, who donated many of his own works (and his name) to the museum.

The streets of Écusson are lined with shops, from small independent boutiques to the ubiquitous big name, high-street stores that can be found in cities across the world. For a taste of chic French fashion, head to the Polygone shopping center, just behind the Place de la Comédie and home to the world-renowned Galleries Lafayette. If you’re after something a bit more unique, take to the streets where tiny bookshops, high-end designer boutiques and even hand-made puppet shops can be found around every corner of the small, winding lanes.

Écusson’s Pavillon Populaire is a contemporary art exhibition space which is open all year round, free to the public. The work of nationally and internationally acclaimed photographers has been on display here treating vastly diverse themes and topics, from the work of Parisian photographer Robert Doisneau to the Linda McCartney retrospective. Exhibitions are always changing so check out the Montpellier city website to see what’s on while you’re visiting. After you’ve finished browsing the exhibit du jour, the nearby park is a great place to sit back and relax on warm and sunny days.

The breath-taking basilica of Notre-Dame-des-Tables, in the center of Écusson, has a long and arduous history inextricably linked to the turbulent religious history of Montpellier itself. The baroque-style Roman Catholic church was built in the early 18th century. The tiny cobbled streets leading up to its edifice only render it the more impressive. The intricately detailed interior and exterior are vastly different from Montpellier’s cathedral, and the magnificent stained-glass windows and the gargantuan 18th-century organ in particular, are worth seeing.

For such a small area, Écusson is brimming with high-quality bars, cafés and restaurants where you can sit with friends over a glass of wine or enjoy a meal on one of the many outdoor terraces to make the most of the Montpellier sunshine. The area offers from gourmet French cuisine to Argentinian empanadas, with burgers, burritos and brasseries in between. Only a few kilometers away from the Mediterranean Sea, the city’s fresh seafood restaurants (Andromaque is a firm favorite) are definitely worth a try. 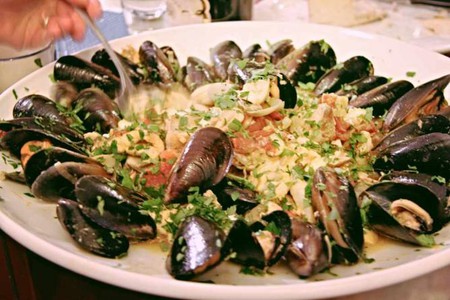 Seafood from the South of France | © MattRyall/Flickr

Porte du Pêyrou, marking the westernmost point of Écusson, is Montpellier’s very own arc de triomphe (no, not that one). A smaller version of the gargantuan Parisian landmark, from which the provincial architect Augustin-Charles d’Aviler took his inspiration, the Porte du Pêyrou was built in 1691 in celebration of the ‘sun king’ Louis XIV. Standing at 15 meters high and 18 meters wide, this triumphal arch was erected on one of the highest points of the city, making it a visible landmark all over Écusson. On certain days of the year you can climb up to the top of the arch where the views of the nearby jardin du Peyrou are nothing short of spectacular. 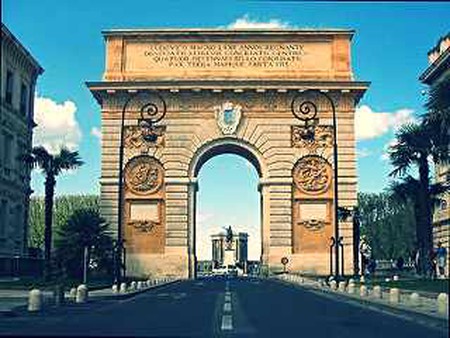 For a gimmicky but enjoyable way to see the best of what Écusson has to offer, look no further than the Petit Train de Montpellier, this Southern French city’s take on the more traditional sightseeing bus. The train departs multiple times a day from the Place de la Comédie and slowly winds its way around the narrow streets of the old town of Écusson. The trip takes in all the main sights, squares and attractions in the city center with an accompanying commentary in ten different languages. If visiting the many sights of Montpellier has tired you out opt for the Petit Train, sit back and relax while still taking in the cultural highlights of Écusson. 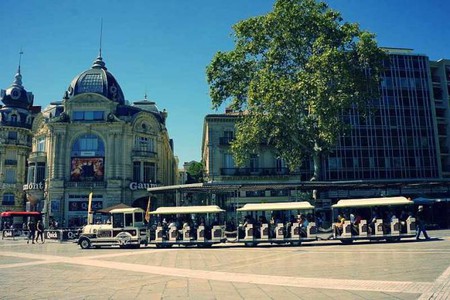 It may seem as though you’re helplessly lost in the labyrinth that is Montpellier’s old town, but that’s all part of its old-world charm – pounding the pavements really is the best way to explore this quaint area. Since Écusson is a very compact network of winding streets, you’ll feel more lost than you actually are – walk in any direction for a few minutes and you’ll either come out the other side or inadvertently stumble upon a recognized landmark. Even better, you may find a hidden gem far from sight of those less adventurous visitors who stayed on the Place de la Comédie.