The Top 10 Things To Do And See In Corsica

Corsica | © Tama66/Pixabay
Separated from mainland France by the Mediterranean, Corsica has developed its own unique culture over the centuries. This cultural independence is evident in the island’s gastronomy and the activities it offers. Join us as we count down the best things to do and see in this sun-kissed land.

The birthplace of Corsica’s most famous son, Napoleon Bonaparte, has naturally become a site of great importance on the island. Now a museum, Maison Bonaparte is filled with preserved period furniture and the family’s personal possessions. The Bonapartes arrived in Ajaccio sometime in the late 15th century and owned the house from 1682 to 1923. Napoleon only lived here until the age of nine, but his status as such a prominent figure in world history has led to the Maison being classified as a historical monument.

Comprising just under eight miles of Corsica’s northwest coast, the Scandola Nature Reserve has been declared a UNESCO World Heritage Site for its rugged beauty and biodiversity. The best way to experience the area is by taking a boat from the port of Calvi to the north. The Colombo Line operates a 3-hour tour that takes in the red cliffs and volcanic headlands of the coastline and the coves, beaches, grottoes, islets, and sea stacks upon which the translucent waters lap. Dolphins and sea eagles will join you, if you’re lucky.

Perched atop the white limestone cliffs of a peninsula with a sheer 70m drop down onto the rocks below, the location of the Bonifacio Citadel is certainly dramatic. The fortification was founded in the 9th century as a first line of defense for Tuscany and has since been occupied and expanded upon by the Pisans and Genoese. It was even used as an administrative center for the French Foreign Legion. Within its walls the inhabitants of the old town of Bonifacio go about their business amid the winding medieval streets.

The 15,000 hectares of protected wilderness under this name was formerly an area of fertile farmland – agriates means “cultivated fields.” However, wildfires and soil erosion decimated the crops, and by the 1970s it had become as it is today. The area remains uninhabited but not devoid of life, as it is covered in parts by scrubland, meadows, and picturesque beaches. Evidence of the previous inhabitants of the land can be seen in pagliaghji, stone huts that could have been used as housing, barns, or warehouses.

Napoleon’s uncle, the cardinal Joseph Fesch, is responsible for establishing this fine art museum, which is now the home of the largest collection of Italian paintings in France outside of the Louvre. Works by masters like Botticelli, Bellini, and Titian are displayed in the elegantly designed gallery. Italian and Corsican artworks from the 17th-20th centuries are celebrated here, but it is the important collection of Napoleonic pieces, including sculptures, that is given pride of place. For those wanting to immerse themselves that extra bit further, guided tours, drawing lessons, and artistic workshops are offered.

There are many stunning canyons in Corsica, mostly concentrated in the south of the island. Canyoning is an outdoor pursuit that involves swimming, rock climbing and walking while following the trails and waterways that wind through most canyons. Those in Corsica are in places of stunning natural beauty, and although flying down natural rock slides and splashing into rock pools can be great fun, it must be noted that this can be a dangerous activity. Numerous companies operating in Corsica offer canyoning guides who will tailor your adventure to your level of experience and physical ability.

This “Garden of Bees” is an unexpected attraction in Corsica. The Casalta family operate 400 hives, extracting six varieties of honey from their insect livestock as well as beeswax. Beauty, health and an assortment of sugary treats are available to purchase at their shop, but make sure not to leave without following the wooded “learning path” through the nearby woods. A glass beehive stands for inspection at a charming location next to the Prunelli River.

Trudging up the path to this hilltop chapel overlooking Calvi is more than worth it once you get to the top and drink in the magnificient panoramic views of the town, the azure waters of the bay, and the La Revellata lighthouse. Standing upon a large rock is the statue of Our Lady of the Serra, the static sentinel whose open arms welcome each pilgrim who completes the journey to the island. For an added incentive, local superstition claims that bringing the love of your life to the chapel will ensure many years of happiness.

Excavations began at this fascinating and enigmatic archaeological site in the 1950s. Its signature feature is the group of dolmens and menhirs – megaliths, or standing stones – that have been unearthed. Dating back millennia, representations of human faces, weapons, and armor have been carved into the granite slabs. Set in an ancient olive grove, the site is believed to have been occupied from prehistory through to the Bronze Age.

Held annually in Calvi since 1989, Corsica’s Polyphonic Song Festival draws choristers and soloists from Corsica and across the world to perform. The flagging tradition of polyphonic singing was revived in the 1970s and has since become an important part of Corsicans’ regional identity. Concerts are held in grand venues throughout Calvi, including the town’s Citadel, the Cathedral St-Jean-Baptiste, and the Saint-Antoine oratory. The singers that flock to Calvi for the festival are of disparate origins and may hail from Inuit, Mongolian, South African, Cuban, or Bulgarian cultures. 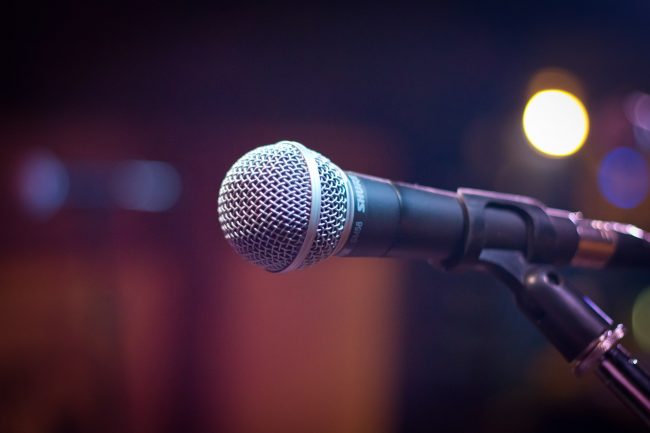