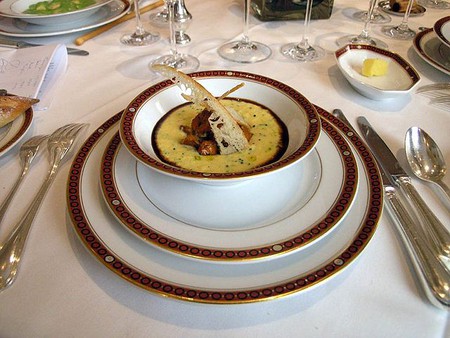 Les Brotteaux is a charming quarter of Lyon, situated on the banks of the Rhone, and noted as a popular spot for fine dining, from traditional bouchons specializing in typical lyonnais cuisine, to other European delights. We’ve come up with the definitive guide to the dining spots to try. 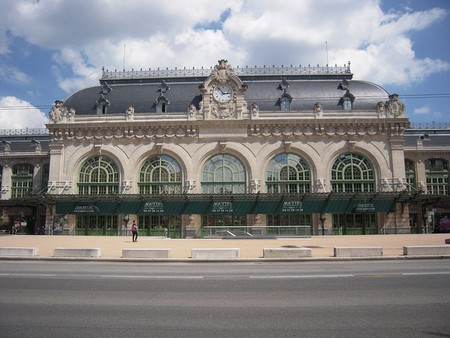 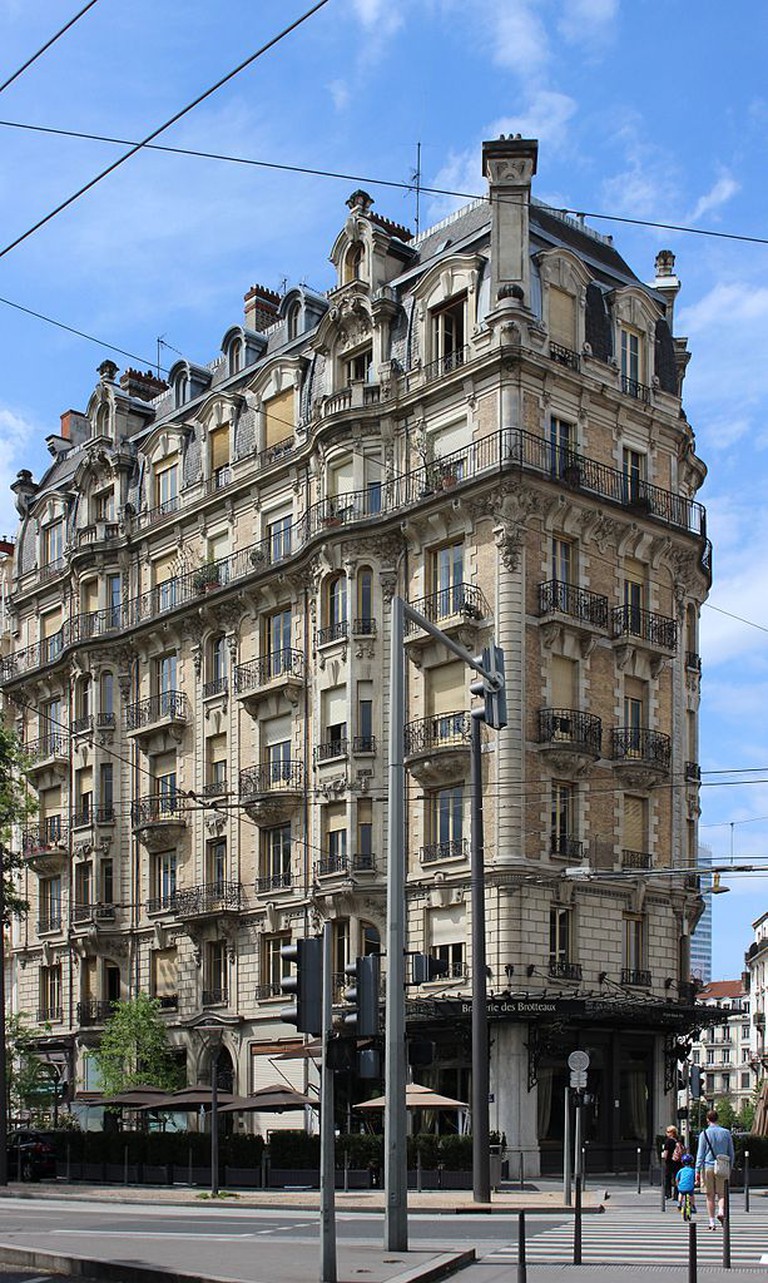 Coinciding with the emergence of the art nouveau movement at the turn of the 20th century, La Brasserie des Brotteaux first opened its doors in 1913. More than 100 years later, the restaurant maintains its reputation as a hot spot for customers seeking typical lyonnais dishes, from foie gras to locally sourced cuts of veal. The interior boasts ornate décor and intricate ceramics depicting bountiful fruit harvests, transporting customers to a more decadent time. The cellar holds an expansive range of vintage wines from France’s best vineyards. Guests can dine al fresco on the terrace and enjoy French haute cuisine while marveling at the impressive Gare des Brotteaux.

Tucked a few blocks away from the vibrant heart of the district, this particular bouchon appears modest and unassuming, judging by its exterior and location. However, its humility adds to the restaurant’s charm, and guests can expect a warm welcome and an inviting, homey atmosphere. Le Café du Peintre’s menu features a selection of simple dishes, using searingly fresh produce for incredible, robust flavors. Guests should also take advantage of the extensive wine list, with flavors picked to complement the dishes on the menu. This intimate bistro is one for customers looking for the authentic lyonnais dining experience.

Unlike other establishments in Les Brotteaux that have stood the test of time, L’Argot is barely a year old, and differs from the longstanding bouchons in its exciting and innovative approach to traditional dining. The restaurant seeks to reinvent the typical lyonnais bistro, as it doubles up as a French boucherie (butchery) complete with fantastic cuts of fresh produce that are proudly on display. L’Argot invites customers to an interactive dining experience, with visitors engaging in the cooking process and gaining a valuable insight into the origins of various meats, the staple component in lyonnais dishes. The result of this original, simple concept is fantastically fresh dishes, with a modern twist. The distance from source to plate is all of five meters.

Away from the main thoroughfares and boulevards of Les Brotteaux, an evening meal in this small-scale restaurant feels like stumbling upon a hidden gem. Le Poivron Bleu is in fact a popular spot for customers seeking indulgent fine dining in an intimate setting. The chef at Le Poivron Bleu is famed for his love of French cooking; a passion that transcends onto the plate. Instead of a menu, the chef decides on a daily dish, dependent on in-season produce and his mood. Expect inventive seafood platters and imaginative takes on classic lyonnais dishes.

For those seeking an alternative to typical French haute cuisine, try Le Blind Pig. Popular among its punters for its urban chic décor, stylish exposed brickwork walls and intimate bar set-up, this cozy tapas restaurant is a departure from the typical bouchons that are dotted around the city. The gently lit restaurant has a warm, relaxed atmosphere, and, as for the cuisine, the chef cooks only with organic produce to create a simple, but high-quality, tapas menu. Popular dishes include tapas style sautéed calamari and beef bourguignon. The Spanish-inspired menu is the perfect location for a catch up with friends, perhaps with one of the inventive cocktails rustled up by the bar’s mixologist. 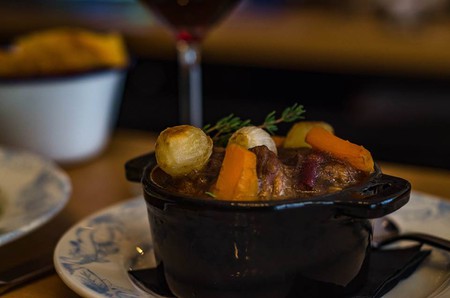 Le Neuvième Art is undoubtedly one of the district’s best-loved spots for fine dining and has been awarded two Michelin stars for its experimental take on French cooking. Head chef Christophe Roure has also won the prestigious accolade of ‘Best Craftsman of France,’ recognized for his originality when it comes to new dishes. This imagination is something the chef brings to the kitchen at Le Neuvième Art, with the menu reflecting his creativity. Expect original seafood and game dishes. Consistent with its modern menu, the restaurant is decorated with contemporary furnishings and art.

Located in the center of Les Brotteaux, and next door to La Brasserie des Brotteaux, Le Bouchon Des Antiquaires has fierce competition. This little bistro maintains its status as favorite among Lyon locals by consistently producing top quality French favorites, without having to break the bank. The menu offers filet of pheasant, or even calf’s head for those with a more adventurous palate who are looking to sample the city’s local cuisine. Guests can idly while away the balmy summer evenings by eating al fresco, with great views of the Gare des Brotteaux.

Clos Bis is a relatively new establishment that has rapidly become popular among locals and holidaymakers alike. The restaurant is tastefully furnished with contemporary fittings and elegant art installations. The stylish interior opens out onto the boulevard, with two overarching plane trees shading a smart patio for the option of al fresco dining. The attention to style doesn’t end there, with the chef taking the utmost care when presenting the food. The restaurant is also a wine bar, meaning the dishes are complemented by the finest wines from national vineyards.

Clovis, your chef at Maison Clovis has earnt his restaurant a Michelin star. This bistro has gained notability for its consistently delicious food, infused with delicate flavors. The ingenuity of this restaurant lies in the minimalistic menu, serving only a small selection of dishes. Clovis focuses entirely on quality rather than quantity. Despite the somewhat rich menu, with suggestions of fresh lobster or grilled pigeon breast, the bistro is remarkably affordable, and therefore very popular. Make sure you book ahead to avoid disappointment. 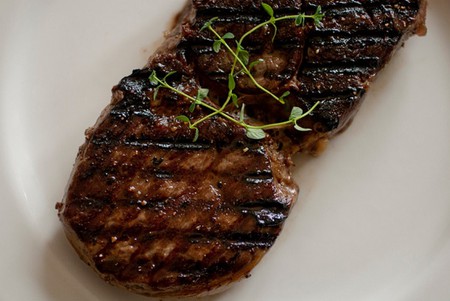 This Brasserie is a fantastic spot in the center of Lyon, with a view overlooking the focal point of the district, the train station. The restaurant is also walking distance from the expansive verdant space in the center of the city, the park La Tete D’Or. The restaurant has a contemporary design, with bold red walls and high ceilings, and a large chandelier serving as a dramatic centerpiece. The kitchen is open-plan, making the feel of the restaurant a more intimate affair. The brasserie also has a wide terrace for customers to dine outside and enjoy being in the heart of Les Brotteaux.