The Top 10 Natural Wonders In France

The Top 10 Natural Wonders In France

Camargue Salt Flats | © Jeroen Komen/WikiCommons
The earth is filled with natural wonders that came about long before any of us got here. Nearly every corner of the planet harbors some natural beauty, or did before man came along. France is famed for its man made wonders but has a wealth of natural beauty. Here you will find idyllic alpine scenery, labyrinthine caves, and much more.

Situated at the border between Italy and France, the majestic Mont Blanc is the highest mountain in Western Europe and the tallest in the Alps with a height of 4,810 meters. Technically, the height of the mountain varies by year depending on the depth of snow at its summit. It is a popular site for climbers, and the first successful summit attempt was recorded in 1786. On a more morbid note, Mont Blanc has also been host to a number of accidents including plane crashes, skiing incidents, and tunnel fires. These occurrences make it one of the deadliest mountains on the planet.

Aiguilles du Dru is located within the Mont Blanc mountain range. Though its largest peak is only 3,755 meters high, far less than that of Mont Blanc itself, Aiguilles du Dru is still quite striking in its own rite. Aiguilles du Dru is made of granite rock. It is known for its grey rock fall scar and its jagged peak, and is aptly named because ‘aiguille’ means ‘needle’. There is a lower summit of 3,733 meters that is also considered part of the Aiguilles du Dru, and it is named The Petit Dru. People have been climbing this peak at least since 1878. In 1913 climbers placed a metal statue of Our Lady of Lourdes at the summit, and it still stands today.

Surrounded by the French Alps, Gorges du Verdon is a river canyon located in the Alpse-de-Haute-Provence. The Gorges du Verdon is up to 700 meters deep and 25 kilometers in length. As it is considered to be one of the most beautiful gorges in Europe, many tourists come to visit it each year. The water of the Verdon River is a beautiful turquoise color, and pieces of glacial mineral deposits seem to hang suspended in the water. Gorges du Verdon is a popular haven for rock climbing, fly fishing, canoeing, rafting, and paragliding. Be sure to check out the Styx du Verdon, which is linked to Greek mythology and said to be an interface between earth and the underworld.

Côte de Granit Rose is the pink granite cost of northern Brittany. Its pink rocks can only be found in two other places on earth: China and Corsica. The enormous granite boulders emerge from the sea throughout the entire area. One of the most special places to view them is on the northern coast of Tréguier where the pink rocks are eroded into unique shapes. Further, it is not uncommon to find quaint coastal cottages dispersed between the boulders, something that undeniably adds to this beautiful and memorable scenery. In particular, we recommend taking the time to see the tiny house wedged between two boulders near Le Gouffre.

Located in a farming town in Normandy, the Étretat Cliffs are situated on a resort beach that has attracted many notable painters, writers, and artists to its shores throughout the years including Monet, Boudin, Maupassant, Lupin, and Courbet. Some of the most iconic features of the cliffs include their three natural arches and the jagged ‘needle’ that emerges separately out of the Atlantic Ocean. The cliffs are made of white chalk, and they covered in a blanket of green grass and mosses. This is a wonderful place to take a day trip if you’re visiting Normandy. In the summer time you can also swim and sunbathe on the white pebble beaches adjacent to the cliffs.

Scandola Nature Reserve is located on the French island of Corsica. The island is known for its stunning red stone cliffs and rock formations that jut out dramatically from the ocean. Throughout these cliff formations you will find small coves and grottos, many of which remain virtually untouched by mankind. You can take a boat here from the coast and explore them for yourself. The boat ride also offers plenty of breathtaking views of the seascape. Be sure to enjoy the lovely coastal towns near Scandola as well. They provide a unique glimpse of life in France along with some pretty tasty cuisine. 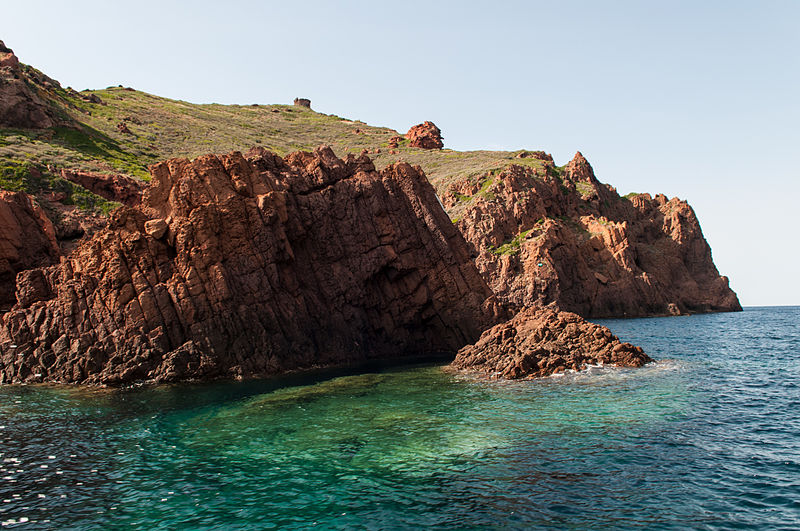 In French, the word ‘pont’ means bridge. This natural wonder is aptly named because that’s exactly what this stone archway looks like. Located in southern France, the Ardèche River eroded the stone over many years to create a hollow archway. Nowadays, this is a popular spot for canoeing and kayaking. Some refer to the Pont d’Arc as the gateway to the Ardèche Canyon, which lies on the other side of the arch. Here you will find the Chauvet-Pont-d’Arc Cave, the site of the oldest Paleolithic cave paintings. Archaeologists estimate that they were created around 30,000 years ago.

Situated within the French Pyrenees Mountain range, Pic du Midi d’Ossau’s striking peak rises from the Ossau Valley. The mountain is known for its jagged, angular shape rather than for its size or height. Its reflection is cast in the serene waters beneath it. The Pic du Midi d’Ossau stands as one of the most striking features of the horizon. You can get a great view of it from Boulevard des Pyrénées, for instance. It is also possible to climb or hike the mountain, as there are several possible routes for ascent. The summit promises magnificent vistas of the surrounding lands.

The Camargue is the largest river delta in Western Europe, and it yields many surprises. For one, the water is tinged pink and red thanks to the salt lagoons that reside here. If that wasn’t enough of a striking variation from your average river delta, there is also an interesting set of wildlife that calls this place home. The landscape is dotted with pink flamingos and wild white Camargue horses. The atmosphere at the Camargue Salt Flats is nothing short of mystical. Nearby, farmers train black bulls for bullfights in Spain. All in all, this is one of the most distinct places to visit in France. 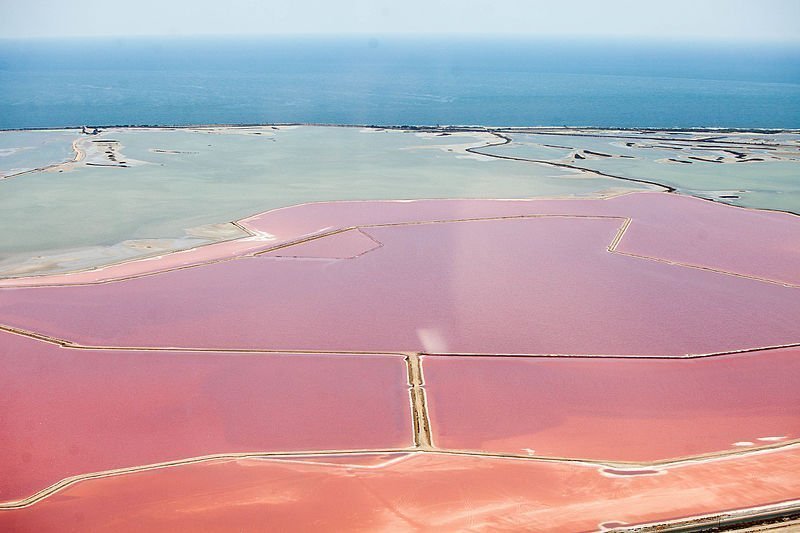 The Aiguilles de Bavella is a cluster of seven spiky mountain peaks, known in English as the needles of Bavella. Beneath the massif you’ll find pine trees contorted by the wind. Located in southern Corsica, the highest of the peaks stands at 1899m. On a pile of rocks beneath the Aiguilles de Bavella there is a statue of the Virgin Mary known in French as Notre Dame des Neiges, which means ‘Our Lady of the Snow’. In addition to the statue, you can also see other distinct rock formations, a famous creek and waterfalls during your ascent to the top of Aiguilles de Bavella.