The Story of the "Secret Elixir" Bénédictine Liqueur 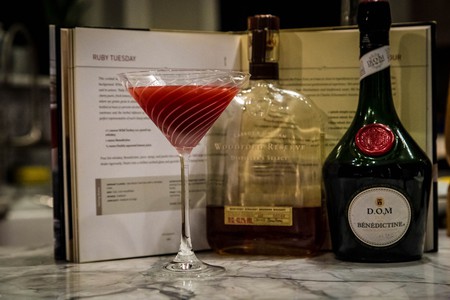 The story of Bénédictine dates back to 1510 when a Venetian monk of the Abbey of Fécamp, Dom Bernardo Vincelli, created an elixir intended to support good health. The concoction was so well-received that the Benedictine monks of Fécamp continued the liqueur’s production up until the French Revolution. During the chaos and tumultuous times of the Revolution, the recipe went missing.

Alexandre le Grand and the resurgence of Bénédictine

Over 300 years later in 1863, a wine trader from Fécamp named Alexandre le Grand happened to stumble upon the recipe in his library and sought to resurrect it. After a year of attempting to recreate the mysterious brew, le Grand finally succeeded, transforming it into the liqueur it is today. He named it Bénédictine, in honour of the monk Dom Bernardo Vincelli, and went on to erect a palace that would house its distillation: the Palais Bénédictine in Fécamp.

With sales and production a growing success, a Bénédictine headquarters opened in Paris on the Haussmann Boulevard in 1905. Nowadays, the major distributor Bacardi-Martini France owns the label and exports approximately 75% of its production. What remains in France continues to be popular, particularly in its home region of Normandy, where it’s used to make confectionaries such as Bénédictine truffles and soufflé.

What makes this libation so special and unique? Its recipe remains a secret, known by a select few and with only three copies in existence, each kept safe in a different locale. We do know, however, that it includes a combination of 27 herbs and spices derived from plants from around the globe, including juniper, myrrh, saffron, vanilla, thyme, coriander and more. The ingredients are carefully combined and slowly distilled several times in copper stills that date back to the time of Alexandre le Grand. The liquid is then aged in oak casks for approximately two years and always stored at the Palais Bénédictine. With an ABV of 40%, it is classified as a brandy and often served as a digestif after meals or used in cocktail recipes.

Visiting the Palais Bénédictine in Fécamp

The lavish neo-gothic/neo-renaissance Palais Bénédictine in Fécamp continues to be the production site of Bénédictine. It uses the original 19th-century distillery and is open to visitors with a variety of tour options available. The palace doubles as an art gallery containing works of art collected by le Grand including religious paintings, intricate works of ivory, coins and clocks, as well as a space for contemporary art that was added in 1988. The building was constructed by architect Camille Albert, as commissioned by Alexandre le Grand, who aimed to combine opulence with industry and pay homage to the Monastic roots of the liqueur that brought him so much acclaim. 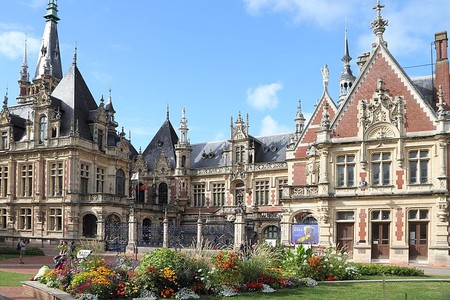 Discover where it all began: the Abbey of Fécamp

Though there isn’t any coverage on the herbal brew at the Abbey, why not visit where the history of Bénédictine first began while in Fécamp? A marvel of Gothic architecture, the Abbey was built between 1175 and 1220 using cream-coloured Caen stone and, along with its roots in the creation of Bénédictine, bears a deep history surrounding the Norman conquest of England. 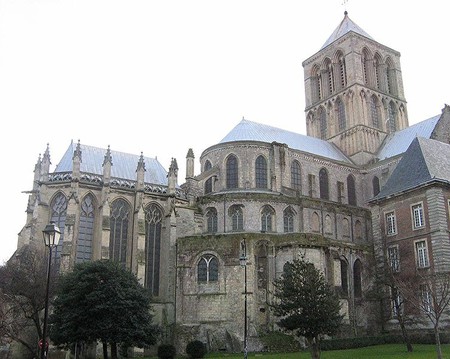 The Abbey of Fécamp | © Urban~commonswiki / WikiCommons
Give us feedback