The Story of Julie d'Aubigny: the French Opera-Singing Sword Fighter 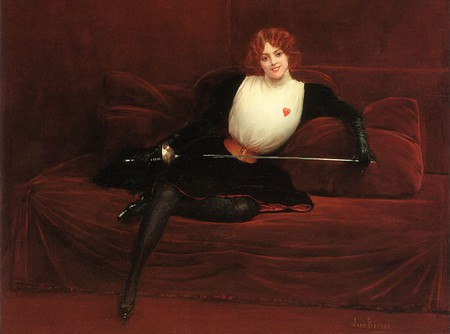 ‘La Maupin’ (Julie d’Aubigny) was a French bisexual opera-singing sword fighter from 17th-century France. Known as one of history’s greatest rascals, she led a life so wild – complete with duels, grave-robbing and burning convents – that she had to be pardoned by the king of France not once, but twice.

The tale begins at King Louis XIV’s court at Versailles

Julie d’Aubigny was born in France around 1673. She was the only child to a secretary to King Louis XIV’s Master of Horse, Count d’Armagnac, one of France’s great nobles.

After first living in the riding school at the Tuileries Palace in Paris, she then moved with the court to the opulent Palace of Versailles in 1682.

Julie d’Aubigny’s extraordinary talent for sword fighting ran in her blood, as her father was an accomplished swordsman who trained the court pages at Versailles.

Julie excelled at fencing from a very early age and her father chose to educate his only child alongside the young boys. It was while training alongside the court pages that her love for dressing up as a boy first began.

Notorious for embarking on romantic escapades, she soon ran away to Marseille with her fencing instructor, Séranne. After scraping a living between them from performing fencing demonstrations at fairs and in taverns, the love affair quickly fizzled out. But d’Aubigny’s love of fencing was a passion that would burn throughout her whole life.

Julie d’Aubigny loved nothing better than a duel and she killed – or at least wounded – more than 10 men in doing so. The anti-duelling laws in France were becoming much more strict at the time, but d’Aubigny managed to win royal pardon on the grounds that the law at the time governed only men. These laws didn’t say anything about women, as the nation assumed women couldn’t possibly know how to fight. Julie d’Aubigny, however, continued to prove them wrong.

D’Aubigny’s most notorious run-in with the law sounds so absurd that you could easily mistake it for a legend. But there’s a shocking truth to the seemingly unbelievable tale. After seducing a local merchant’s daughter, who was then sent to a convent to keep the pair apart, Julie d’Aubigny forged an incredible plan.

It just so happened that a nun had passed away and so, d’Aubigny stole the dead body and placed it in her lover’s room before setting the whole convent on fire. This provided the necessary chaos to elope, though she was later charged with kidnapping, body snatching and arson, and was sentenced to death by fire. 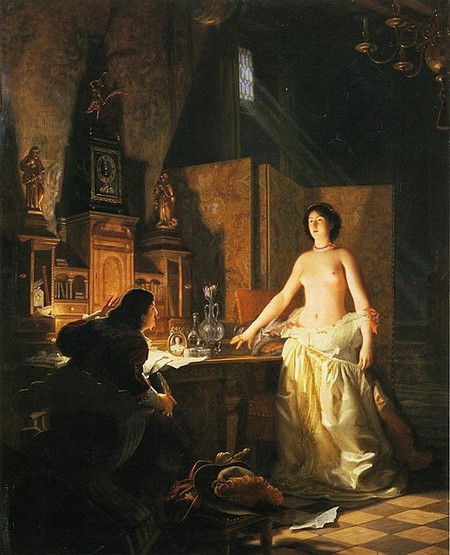 This female warrior was also a professional opera singer

Not only was Julie d’Aubigny incredibly talented at sword fighting, but also at opera singing. She moved to Paris and used these opera skills to worm her way out of her death sentence.

Julie enjoyed an affair with Gabriel-Vincent Thévenard, another singer, who auditioned for the Paris Opéra and was hired right away. Infatuated with his new love, he insisted that Julie be allowed to audition, to which the Opéra reluctantly obliged.

After realising just how talented she was, the Opéra helped persuade the king to lift the death sentence so that she could join them. One critic credited her with having ‘the most beautiful voice in the world’ and so naturally, the king agreed that her talent was worth saving.

D’Aubigny’s performances on stage were hugely admired. She had a brilliant memory for music, performing under the stage name La Maupin from 1690 to 1694, and became quite a star. 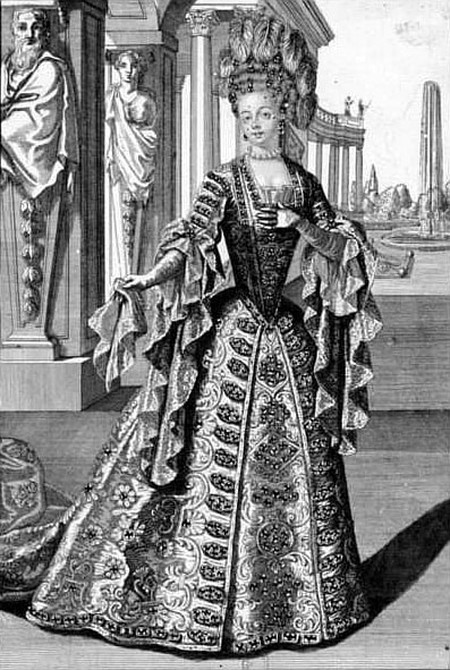 But she didn’t stay out of trouble for long

La Maupin may have been pardoned twice, but she didn’t stay out of trouble for long. She threatened to shoot the Duchess of Luxembourg, found herself in court for attacking her landlord and humiliated the popular Countess Marino to whom she was a maid by adorning the back of her hair with radishes before a ‘grand ball’.

A later lover, the Elector of Bavaria, soon found d’Aubigny too intense after she stabbed herself on stage with a real dagger, offering her 40,000 francs on the condition that she leave him alone.

The story of this sword fighter is entwined with mystery

Julie d’Aubigny ended her days heartbroken for Madame la Marquise de Florensac, the ‘most beautiful woman in France’, who died of a fever in 1705 when Julie was 31. D’Aubigny died in a convent in 1707 at the age of 33, according to some historical sources.

However, there’s so much mystery surrounding this incredible life that we can’t know for sure which parts of the story are true. Even d’Aubigny’s birth date and place of birth are subject to speculation, as well as her real name.

While her professional name was Mademoiselle Maupin, cheered by crowds as La Maupin, acquaintances addressed her as Émilie in their letters, while Thévenard called her Julia. She’s also been known as Madame de Maupin and Madeleine, though she is best known as Julie d’Aubigny.