The Story of How Le Havre Was Rebuilt After WWII 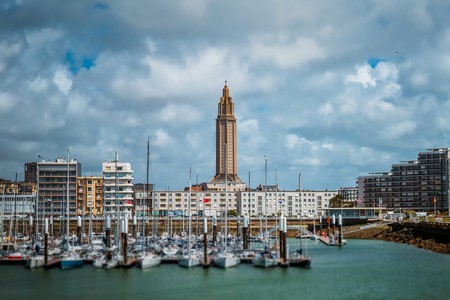 In September 1944, the port town of Le Havre was the subject of intense bombings and sheer destruction in the name of freedom. One of Hitler’s strongholds during the Second World War, he declared the city a Festung, the German word for fortress, and it was to be protected at all costs. What happened next was a series of battles that left the city in shambles.

Before being gutted in World War II, Le Havre was a relatively prospering French town. During the 19th century, its thriving port on the English Channel allowed for easy trade with Britain and a population boom saw the creation of new neighbourhoods and economic growth. However, with the advent of the First World War in 1914, the port proved to be equally a curse as it was a blessing. Ships were torpedoed by German forces, bloodshed permeated the city and Le Havre was left with a death toll of approximately 6,000 casualties. 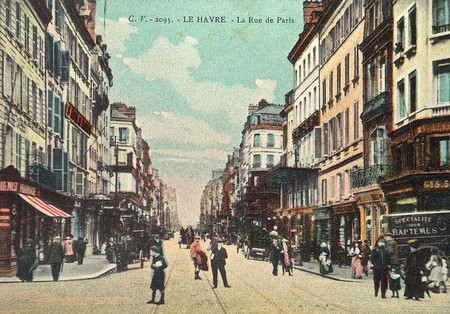 A photo Rue de Paris in Le Havre in 1910, a glimpse of Le Havre before it was ravaged by war | © Adoc / WikiCommons

The devasting loss stalled the city’s progress. With social unrest increasing, prices soaring and resources running thin, Le Havre declared a state of emergency. The travel industry kept things moderately afloat with the SS Normandie’s journeys to New York and the situation looked like it could possibly improve. But come 1940, everything would be turned on its head once again.

Hitler’s Festung made the city a massive target

In the spring of 1940, the second year of World War II, German soldiers occupied Le Havre. Hitler and his forces fortified the city and set up a naval base with bunkers and artillery batteries in preparation for the British invasion, a mission set to be carried out in Operation Sealion. Le Havre was declared a Festung, a fortress to be defended until the last man standing, and its residents fled the city in droves.

In total, Le Havre endured 132 bombings during the Second World War. The most impactful came on September 5 and 6 when the British Royal airforce carried out Operation Astoria, also known as the ‘storm of iron and fire’. This bombing swiftly wiped out Le Havre’s downtown core and weakened its port. Le Havre undoubtedly became one of the most destroyed European towns during the war, a disaster than translated into 5,000 fatalities. On September 12, 1944, the city was liberated by the Allied forces and its horrors were acknowledged by a Legion of Honour from General Charles de Gaulle on July 18, 1949. 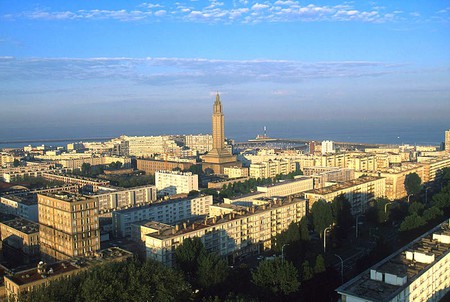 With approximately 12,500 buildings eradicated and roughly 80,000 left homeless, tending to the destruction became a national priority for France. Auguste Perret was enlisted as the lead architect and the city was to be built anew in a massive project that began in 1945 and finished in 1964. Perret, a Belgian-born architectural pioneer and teacher of the Swiss architect Le Corbusier, aimed to maintain the town’s original pattern and build upon it using new planning ideas, advancements in construction technology and structural classicism. 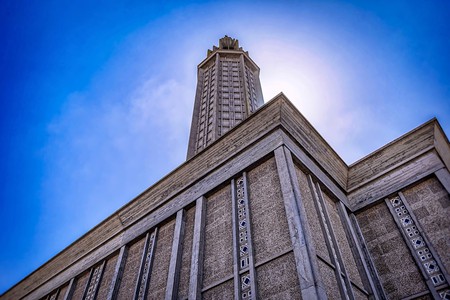 Concrete allowed the project to move along faster

Perret’s material of choice was reinforced concrete, which would get the job done quickly, efficiently and see that Le Havre’s residents would soon again have a home. Along with his team, he constructed a series of uniform apartment blocks using large slabs of concrete with interiors to match the needs of modern families. The result is a city unlike you’ll find anywhere else in France; the concrete structures built on a grid plan more closely resembling a contemporary North American city than a port town in Normandy. While perhaps not as sophisticated in appearance compared to other French cities, the choice to use concrete was one of integrity rather than style. 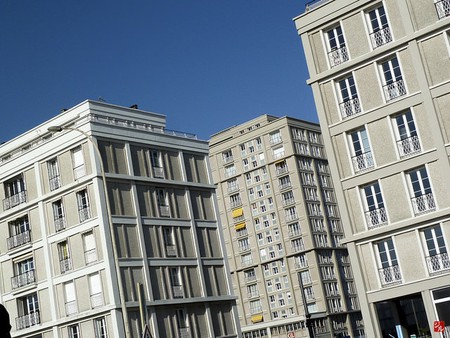 One of the post-war city’s most unique features is the St. Joseph church. Built during the 1950s, again out of concrete, the site serves equally as an homage to the 5,000 civilians lost in World War II as it does a place of worship. Its spire also does double duty, acting as both a beacon of deity and its lighthouse shape a nod to Le Havre’s maritime traditions.

In 2005, UNESCO designated the city of Le Havre a World Heritage Site, recognising it as a leading example of post-war architecture. The label also applauds Perret and his team for their innovative use of concrete and the city’s impressive unity. It even deems Le Havre a marker of the integration of traditional planning methods with innovations in architectural practices. 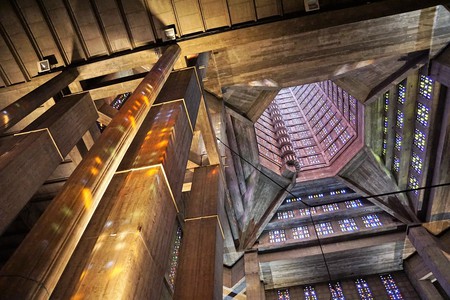 Inside St. Joseph's Spire, designed by Auguste Perret | © strecosa / Pixabay
Give us feedback