The "Singularity University" Is Bringing Bordeaux's Community Together Through Education 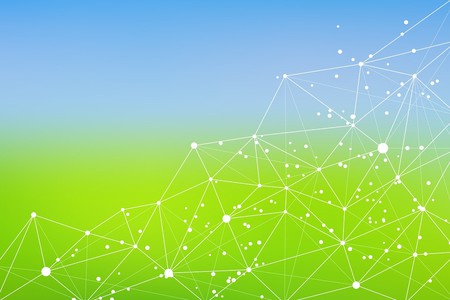 Learn about Singularity University and its Bordeaux chapter | © Manuchi / Pixabay

Imagine a place, open to everyone, in which you can learn, meet interesting and curious people and think about some of the biggest global issues. This place exists and it’s called Singularity University. With its headquarters in California, Singularity has three chapters in France, one in Paris, one in Toulouse and one in Bordeaux. If you want to learn more about the Bordeaux chapter of Singularity University and the people behind it, keep reading.

Singularity University (SU) was created in 2008 by Peter Diamandis and Ray Kurzweil based on Kurzweil’s theory of “technological singularity”. According to him, the emergence of technologies, such as nanotechnology and biotechnology, will tremendously enhance human intelligence in the future and will redefine our economy and society. On the SU website, the two founders explain that Singularity University was created to “educate, inspire and empower leaders to apply exponential technologies to address humanity’s grand challenges”. 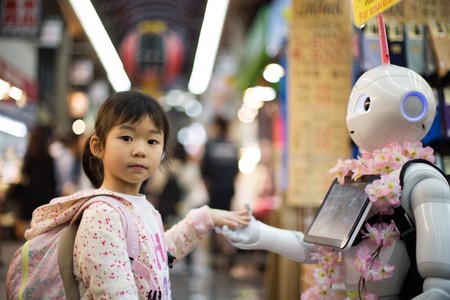 One of the reasons why Singularity University stands out is that, first of all, it is not a university – there are no daunting assignments, no mid-terms and certainly, no grades. However, we should see it as a place in which people gather to think about ways to make the world a better place.

When Aidan O’Brien, a seasoned entrepreneur, senior partner at Dell Technologies and founder of his own startup moved to Bordeaux with his family, he wanted to get involved with the Bordeaux ecosystem, which could have definitely used his experience and knowledge in terms of new technologies and entrepreneurship.

“I moved to Bordeaux two years ago with my family”, O’Brien says. “I do a lot of travelling for work, but one of the things I did not want was to be an ‘expat’ who was detached from the population and who did not contribute to the local community”.

He started to attend several events in Bordeaux related to entrepreneurship and technology and this is how he met Bertrand Bussac, director at Le Wagon Bordeaux, a coding school for entrepreneurs and considered by many as the best in Europe. He is also the Vice-President of French Tech Bordeaux. 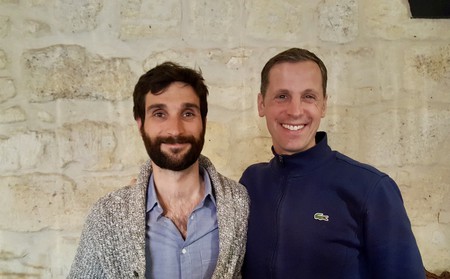 “I went to a meet-up organized by Bertrand at Le Wagon and afterwards, I went up to him”, O’Brien says. “We had a great chat, kept in touch by email, became friendly and decided to launch Singularity University’s Bordeaux chapter together”.

The pair teaming up to launch a Singularity University chapter in Bordeaux was a perfect match.

“With the ever-growing space new technologies are taking up in our lives, getting acquainted with them is not only a smart move but a necessity”, he argues. According to him, Artificial Intelligence and other technologies are aimed to help us in our daily tasks and make our lives easier, yet it doesn’t mean that we should not understand how they work.

Bertrand Bussac certainly agrees with O’Brien on that point.

“In the next 30 years, we will face some of the biggest transitions a generation has had to deal with”, Bussac says. “Technological disruptions already have a huge impact on companies, industries and on our lives”, he continues. “Even the meaning of being ‘human’ is challenged and these changes show no sign of slowing down, actually, they are arriving faster and faster. That is why the world needs a new mindset and a set of tools to comprehend these challenges”.

While we see the world’s fast-paced technological transformation as something scary we do not want to deal with, people at SU see the biggest challenge humanity is facing as a fantastic opportunity to improve the world we live in.

“One of Singularity University’s objectives is to change peoples’ approach to learning. We want to attract people from everywhere and create knowledge around new technologies as well as other topics accessible to everyone”, O’Brien says. “All of our events are free because our aim is not to sell a training or upsell products but to create a community of people with different backgrounds who are eager to learn from each other. When we organised our first event in November to present Singularity University to the local community, we had quite a fair number of people who were enthusiastic about SU’s multidisciplinary approach and decided to take part in the project”. 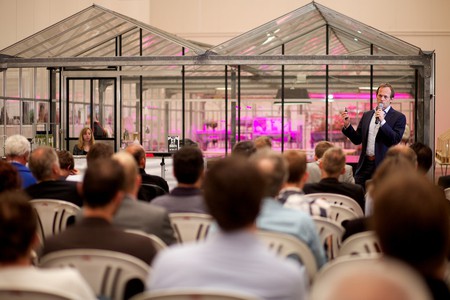 Author Yuri Van Geest giving a speech on the topic "Man vs. the machine" at a Singularity University event in the Netherlands | © Sebastiaan ter Burg / Flickr

Singularity University’s Bordeaux chapter will organise its next conference on Wednesday, May 16th at 7.30 pm at Cap Sciences, Bordeaux’s most prominent venue dedicated to science and innovation. The theme for the night will be ‘health and virtual reality’. In fact, Bordeaux is one of the world’s leading cities regarding advanced technologies applied to the health sector. Many Bordeaux-based startups have come up with innovative solutions to improve people’s health, diagnose diseases quicker and find more effective treatments.

“I believe this event is a great way to gather the local community around a global issue that concerns all of us”, says O’Brien.

The night will be divided into three parts: first, three experts on these topics will each give a seven-minute talk linked to the main theme. Then, the crowd will be divided into small groups to play innovation games and attempt to answer some of the global questions related to health in a playful and relaxed atmosphere. The goal of these innovative games is for people to interact with others they don’t get to meet on a regular basis and to use that interesting synergy to come up with creative solutions. And finally, all of the participants will gather around with a drink to expand on the topic and network.

“For those who are not familiar with these topics, it is a wonderful opportunity to acquire new knowledge and connect with other individuals”, says O’Brien. “Speaking about innovation might be scary for some of us because the word is often used loosely.” But when people team up to collaborate on things, even if it’s on a topic that is completely foreign to them, the playful aspect of things overshadows the fear of being judged or not being performant and it becomes less intimidating. Plus, the great thing with innovation games is that there is no perfect answer, so everyone can engage and speak freely”.

“We are hoping that our community will continue to grow,” Bussac says. “Everyone is welcome to attend an event or be a part of the project”.

Feel free to sign up for their next event or get in touch with Singularity’s Bordeaux Chapter if you’d like to take part in this exciting project!