The Scenic Drives You Have to Take Around Cannes

Cannes is an excellent starting point for some wonderful, scenic drives around the South of France. You can live out your James Bond fantasies on hairpin bends, climb up winding roads to old monasteries, head to presidential palaces, see the wonderful mimosas in bloom and, of course, take in the spectacular coastline of the French Riviera. Here are our top five drives and day trips.

When Napoleon was exiled on the Mediterranean island of Elba in 1814, he made one return to try to win back France, landing in 1815 at the port of Golfe-Juan, just to the east of Cannes. In order to avoid the troops stationed along the main routes of the time, he decided to take his 1,000 strong army to Grenoble (and then down to Paris). This route (marked out in 1832) is over high and low ground and takes in many hairpin turns and offers spectacular views. The roads, some of which were built later, take in the major towns of Cannes, Dignes, Gap and Grenoble. It’s 300km of historic adrenaline. 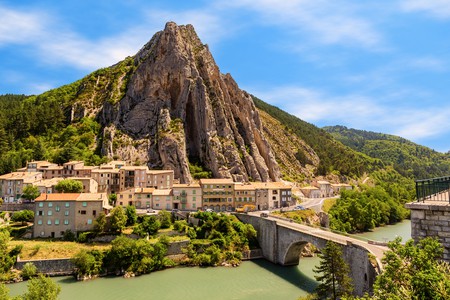 The beautiful Monastery de la Verne is a destination in itself, but so is the road leading to it. Be warned, it’s not for the faint of heart — there are lots of hairpin bends without any road barriers, combined with very narrow roads. But it’s worth the trip. It was built by Carthusian monks and has been completely renovated; it is huge and will take a couple of hours to get round, so leave enough time, particularly as it closes at 5pm and the roads can get dark early in winter. If you aren’t in a rush, take the seaside route from Cannes, passing through Théoles-sur-mer, Fréjus and head down to Saint Tropez en route. The traffic on the coastal road can be a nightmare in summer, so you may need to break your journey somewhere for the night to really do it justice. Well worth the effort. 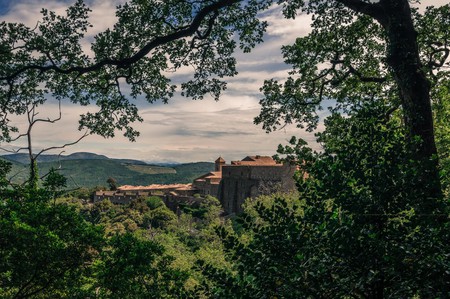 It was a British man who first brought the mimosa trees to Provence; he saw them in Australia and thought they would do well in the local climate. They begin to bloom in January and last until March so a drive through them in February is perfect, but the route is beautiful at any time of year. Start in Cannes and stop in the nearby town of Mandelieu-la-Napoule, which has a mimosa festival in February. Continue through Saint Raphael (which has a flower carnival every February) and into Sainte Maxime, which has a Miss Mimosa competition. The goal is Bormes Les Mimosas, a medieval town that added the flowers to its name in the 1960s and holds many celebrations when in bloom. End at the Fort de Brégançon, which has been a presidential retreat since the 1960s. It’s a little exposed, so many of the presidents feel hounded by the press when they stay, but the beach is spectacular for everyone. 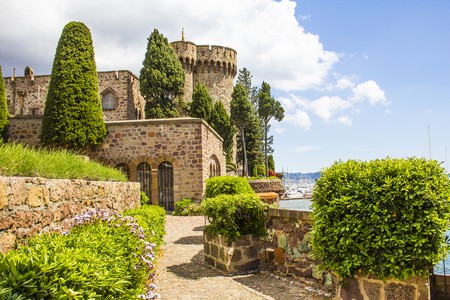 The town of Grasse is well known for its perfume; it even has the Musée International de la Parfumerie (International Perfume Museum). Grasse is situated in the hills above Cannes and has a wonderful cathedral with an amazing art collection, including some by Rubens. From Cannes, take the road to Pégomas and Tanneron, which are particularly amazing to see in mimosa season (January to March) and then head to Grasse. It’s a shorter, more local car journey into the hills, rather than along the coast. 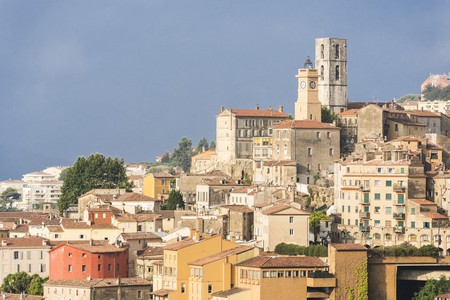 The route from Cannes to Monte Carlo is spectacular and lets you relive many seminal moments from your favourite James Bond films. Take the route from Cannes to Nice but if you have time, stop in Juans-les Pins where Ian Fleming sent James Bond to recuperate between missions. Head to Nice, via Villefranche-sur-mer, where Sean Connery filmed Never Say Never Again (1983). After visiting all that Nice has to offer, take the Moyenne Corniche (the windy seaside road) where Pierce Brosnan filmed the road race at the start of Goldeneye (1995). It’s a spectacular route that winds through the beautiful town of Èze into Monte Carlo, where you can visit all the casinos. Truly breathtaking. 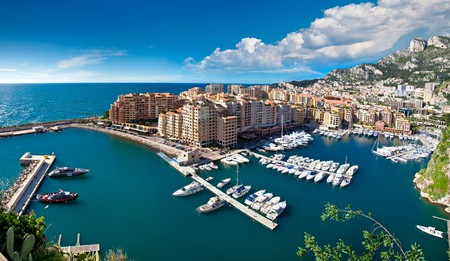 View of Monte Carlo harbour | © Aleksandar Todorovic/Shutterstock
Give us feedback