The Peculiar Dunkirk Carnival Where Herring is Thrown to Crowds 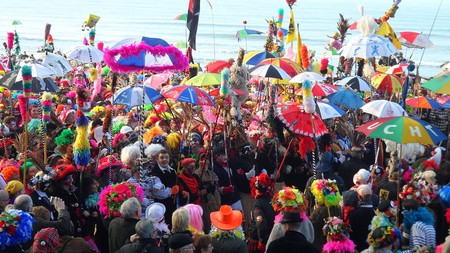 Herring is thrown to crowds in Dunkirk | © Pichasso / Wikicommons

The Dunkirk Carnival in northern France is one of the most unique festivals in the world: the streets are bursting with color, teeming with people demanding “the herring they deserve” as bundles of fish are tipped from a balcony to 40,000 hungry spectators.

Dunkirk is most well-known in relation to the dark history of World War II, when the British Forces and other Allied troops were tragically cut off by the Germans from May–June 1940.

Eventually evacuated to England by naval vessels and hundreds of civilian boats, more than three-quarters of its houses were obliterated in the devastating fighting. 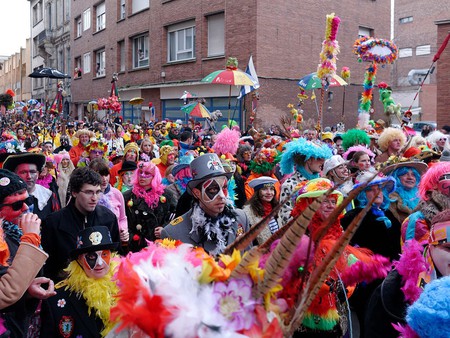 Herring is thrown to crowds in Dunkirk | © Marie-Lan Nguyen / Wikicommons

The hotly anticipated annual carnival takes place in Dunkirk, Northern France between January and March. It’s precisely during this three month period that the city is bursting with life. The festivities attract more than 40,000 fun-loving and fish-hungry spectators each year.

As you might expect, the carnival attracts an array of impressive, colorful costumes. In between the feather-boas, brightly dyed fur, vibrant hats, and dazzling masks, you’ll soon notice that many of the revelers sport yellow fishermen’s coats. Dunkirk is famously rainy, as it is located on the Northern French coast, but the reason for this costume goes beyond weather concerns.

Herring is thrown to crowds in Dunkirk | © Pichasso / Wikicommons

The dress code descends from a tradition that dates back to the 17th century and honors the local fishing culture. At the time, Dunkirk was a port servicing cod fishing off Iceland. The expeditions could last six months and so the men needed to stock up before they left. This festival allowed them to feast on as much finish as they could manage before heading off to sea.

But sea-travel was still a risky business where many men never returned, and so the festival was also a valuable opportunity to spend time with loved ones before the voyage. The earliest known official document noting these festivities is dated January 16, 1676, and it has continued ever since. 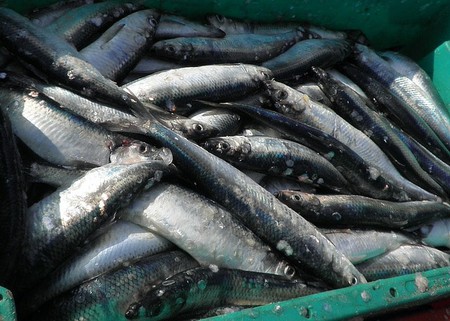 Herring is thrown to crowds in Dunkirk | © Rohrspatz / Pixabay

The French love their seafood, and so it’s no surprise that the highlight of the parade remains as the 450 kilos of herring being tossed to the crowd from the balcony of the Town Hall. Some locals who are used to this tradition even choose to eat the herring raw. 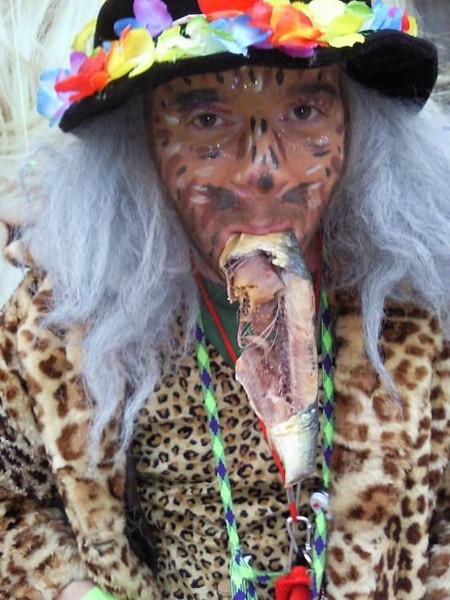 Herring is thrown to crowds in Dunkirk | © Mageonyme / Wikicommons

Over the years, a strange chant has been developed as a precursor to the tossing of herring and passed down through the generations. It’s a chant where spectators demand to be given the “herring they deserve,” which fosters an impressive sense of community between these tightly packed crowds.

With more than 40,000 locals and tourists all packed into the tiny square, all eager to receive their helping of herring, it can be difficult to get a spot. So if you want to stand any chance of winning a fish as it’s flung from the balcony, make sure to arrive early. 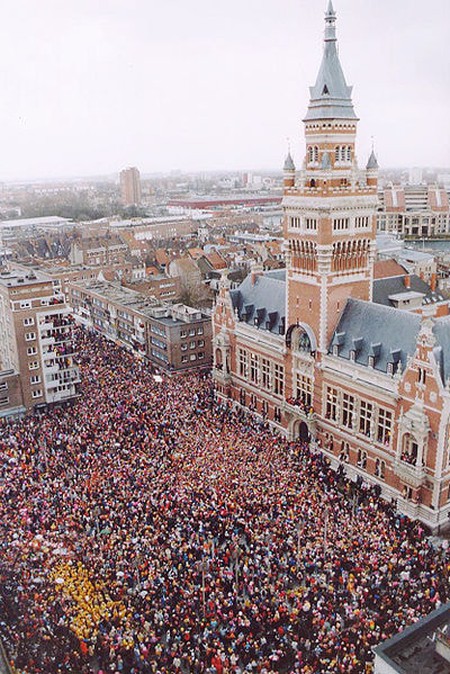 Crowds in Dunkirk waiting for their herring | © Marie-Lan Nguyen / Wikicommons