The Most Unusual Things To Do in Provence 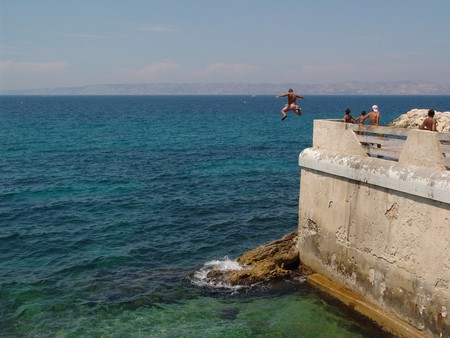 Provence is a great place to visit for all the sights, scenery and weather. Sometimes though, you just want to do something a little more unusual. Here’s our guide on the most unusual things to do in Provence.

Swim Under A Waterfall

France has some amazing spots for wild swimming and there’s none better than Sillans-la-Cascade. It’s off the beaten track and at least a 45 minute walk to get to the point that overlooks the waterfall. From there you’ll need to hike down the side of the hill (not for the faint-hearted) and head down to the river below. You can head even further down to find more waterfalls downstream. Park in the village car park and follow the signs for “La Cascade” (waterfall, in French). Take provisions with you, including lots of water on a sunny day. 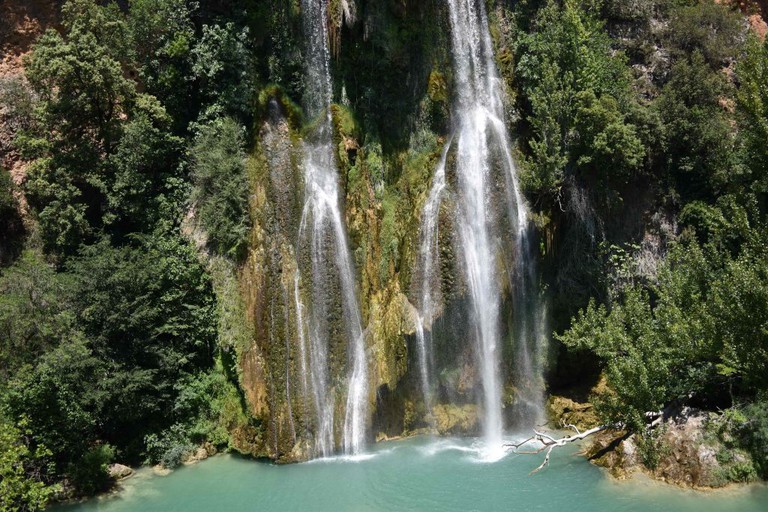 Go To A Festival In A Castle

The Festival Yeah! takes place every June in the pretty village of Lourmarin. The festival is held at night in the grounds of a wonderful castle, which also grows its own wine. It’s a great opportunity to listen to some fantastic music and mingle in a family friendly environment (they rent headphones for little kids to reduce the noise impact). You can camp nearby, find an AirBnB or rent a cool mobile home. During the day, the whole town has interesting activities to do. A very cool vibe in a very chic place. 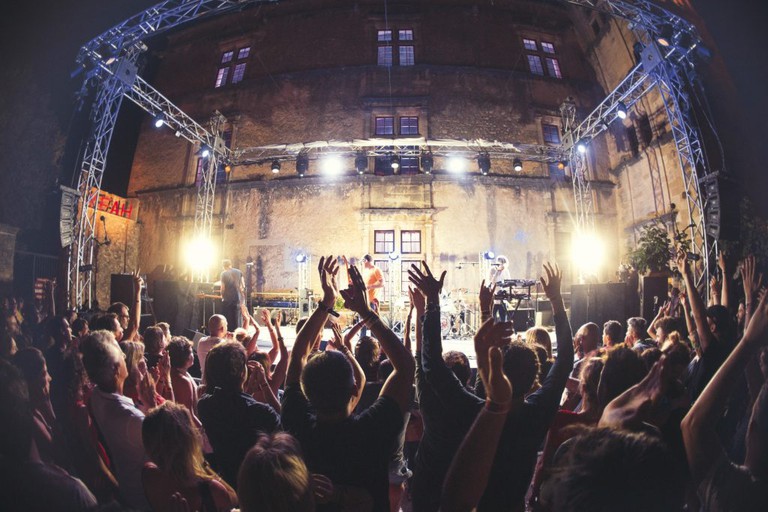 Party In the Streets

The “Fete de la Musique” takes place every year all over France in June. This is a music festival that happens in most villages and every major town where people take to the streets to party. Big sounds stages are erected but you can also find small groups of buskers and DJs attached to the local bars. It’s great fun and a must-see event, at least once in your life. Head to the Cours Mirabeau in Aix en Provence or the Cours Julien in Marseille.

Sleep In A Bubble In A Forest

Just outside Marseille, you’ll find the calm oasis of Attrap’Rêves. These are custom-made bubbles, fabricated from recycled materials and climate-controlled to make your stay enjoyable. Each is set in a secluded part of woodland with its own private parking space. They come with their own telescope and star-gazing map, as well as a private masseuse and chef if you want them. 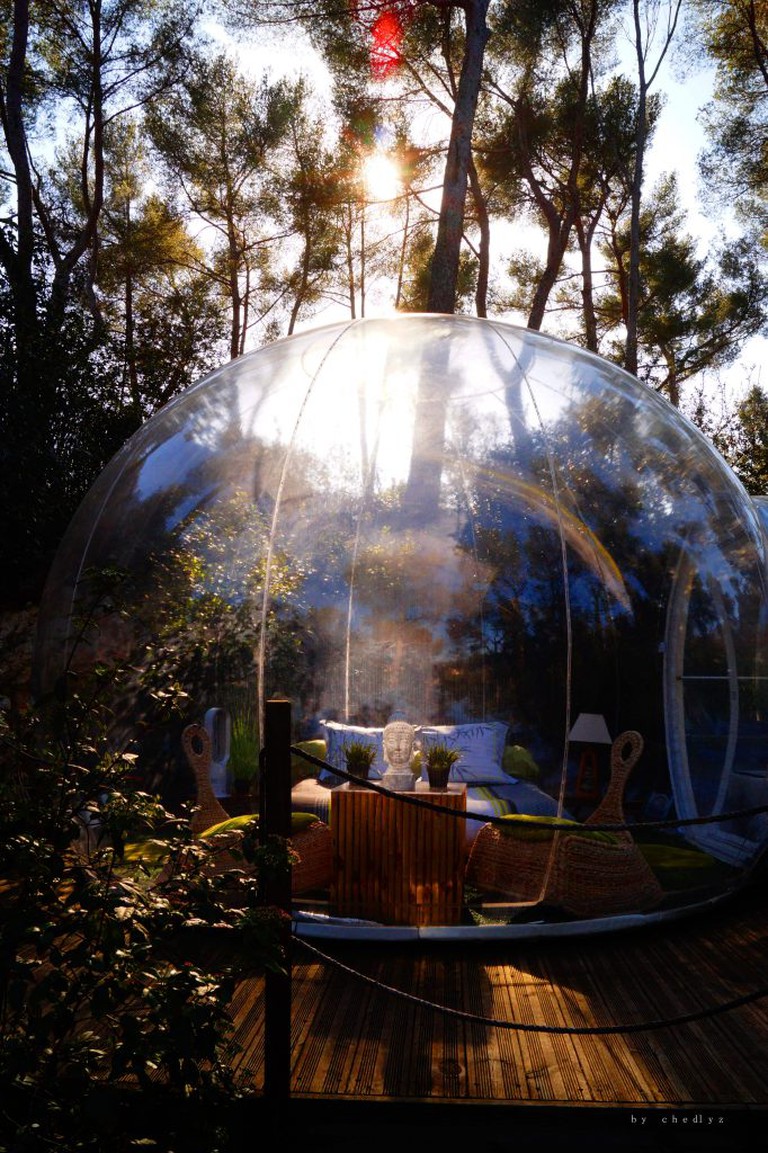 Watch Opera in A Vineyard

The vineyard at Château La Coste is much more than just a place to tour, taste and buy the amazing wines. It’s a destination in its own right. When the owners bought it a few years ago, they invited some great artists to create installations in the grounds. Now you can walk around on the architectural tour exploring work by Tracey Emin and Frank Gehry. It also has an art gallery, two restaurants (a third is on its way) and a five-star boutique hotel. In the summer it holds other cultural events, like the opera, which is broadcast from nearby concerts on a giant screen on the grass. 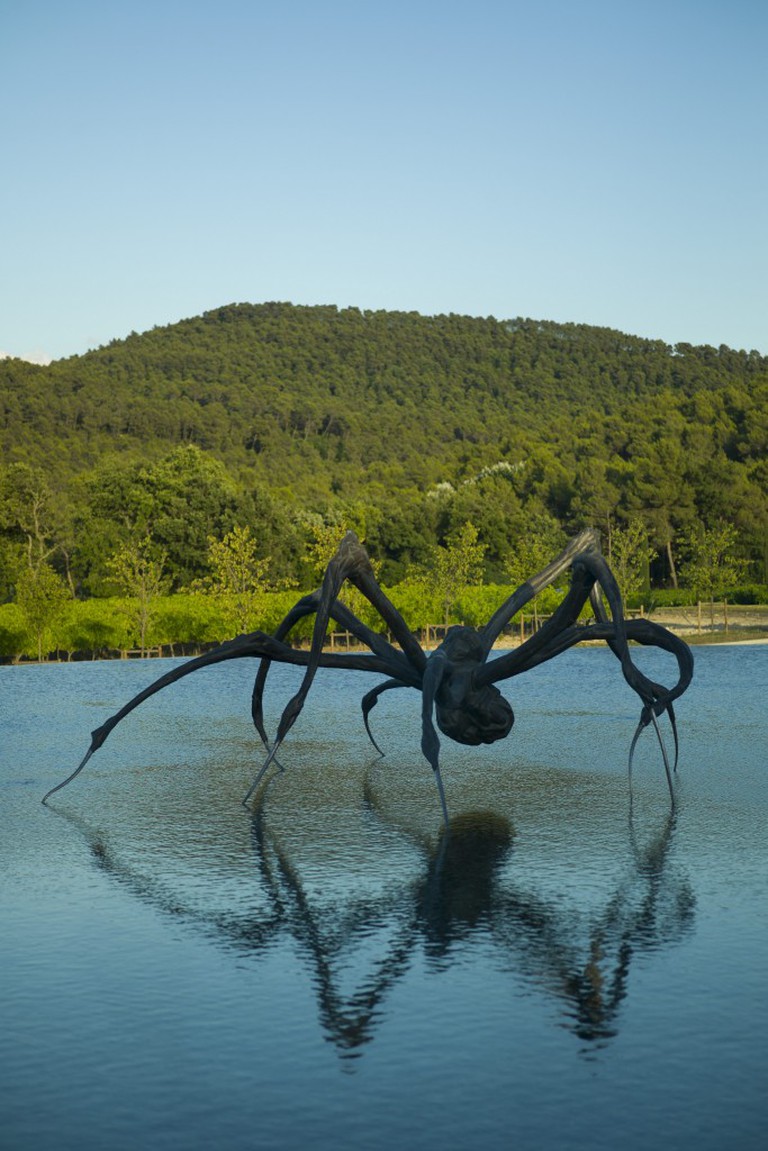 White dinners are an annual event held in cities over France (and now all around the world) at the beginning of summer. They’re a supremely secretive event (you have to be invited) where guests arrive at an allotted place, to which they’re invited by email. They arrive with everything for a very upmarket picnic (no paper plates or packaging allowed) and completely dressed in white. Tables and chairs too. They don’t know where they’re going to eat until they receive a text to tell them and everyone at the meeting place descends on a beautiful location en masse. It’s a sort of pop up picnic. Super chic and super fun. They’re held in Aix en Provence at the beginning of June. 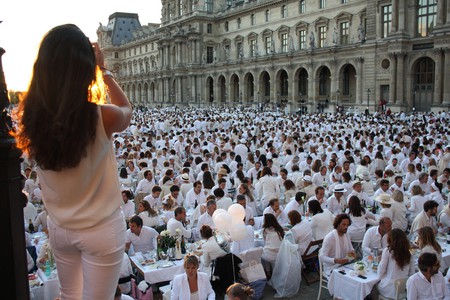 The light in Provence is legendary. Through a mixture of the temperatures and the crazy Mistral wind that clears the air, the clarity of light in the area has attracted painters for centuries. For about an hour, at dusk and at dawn, every day, the sky turns a beautiful colour. Get your cameras ready and have a glass of wine to toast your good fortune at being able to see it.

Jump Off Rocks in Marseille

Marseille has some lovely places to swim that are a little more difficult to get to and well worth the effort. Head along the Corniche Kennedy, the main route along the coast out of Marseille. Just before the large beaches, there are lots of little roads that lead down to the rocky coastline. Pick a rock, make your way towards it and spread out your towel. If you’re not brave enough to jump from the rocks (and check the water depth first) watch the locals do it. 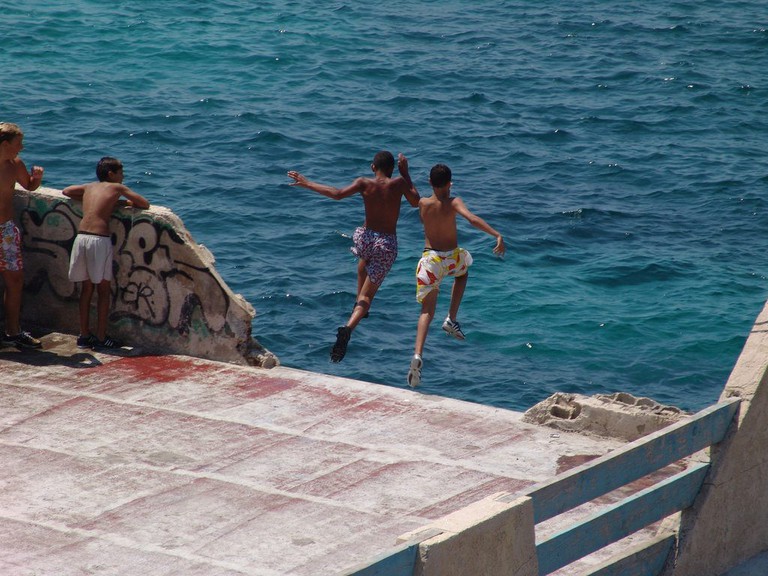 Jump off the rocks in Marseille | © Bryce Edwards/Flickr