The Most Romantic Places In Montpellier, France 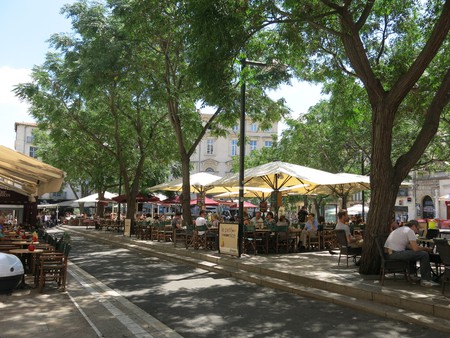 Its location in the South of France, between the Mediterranean and nearby undulating hills, makes Montpellier an already romantic destination choice. However, the city itself is as alluring as its surroundings so read on for its most romantic corners.

A stunning setting, stunning reputation and stunning cuisine. If you are looking for a restaurant in central Montpellier then look no further than this, complete to the eyes and taste buds. La Diligence offers great set menus, from a discovery one starting at €41 up to a Champagne menu where you start by choosing your champagne and the plates get matched. This is a very popular spot in Montpellier, so make sure to book in advance.

This is such a special spot in the city and perfect for a hand-in-hand stroll or a sit under the plane trees to look at the view of the ancient arches of a Roman aqueduct, Les Arceaux and of surrounding areas. This vast esplanade was created in 1689 in Louis XIV’s honour and later other impressive monuments – such as its own Arc de Triomphe for example – were built around this royal area of the city. 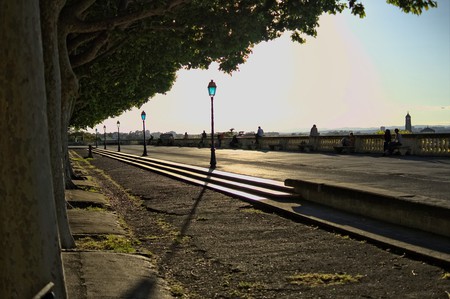 Looking for somewhere romantic to stay in Montpellier? It has to be Hotel Oceania. Occupying a gorgeous plot right in the heart of the city, sitting outside under palm trees, you won’t believe you’re in the middle of France’s fastest growing city. The building itself dates back to 1898 and there are original features galore, interwoven with some stylish modern twists. A real delight, especially in the summer as Hotel Oceania features a pool.

This is a really lovely part of the city and a romantic one at that. Montpellier has no shortage of pretty squares and so if you tumble into another that takes your fancy en route to Place Sainte-Anne don’t worry at all. But this one with its big trees and dappled light almost all year round is a favourite. Also, make sure to pop into Carré Sainte Anne that’s right next to the square. This beautiful Gothic church was developed into an arts venue and the combination of exhibitions and stained glass windows are really something.

This one is only a stone’s throw from Montpellier but you’ll feel like you’re in another world. This area of France has many mansion-style houses that are open to the public, either for dining, as exhibitions spaces or to tour around. Château de Flaugergues is such a mansion and given how close it is to the city center (about 20 minutes) it makes for the perfect romantic interlude to your urban stay. The Château offers wine tours and its gardens are beautiful. 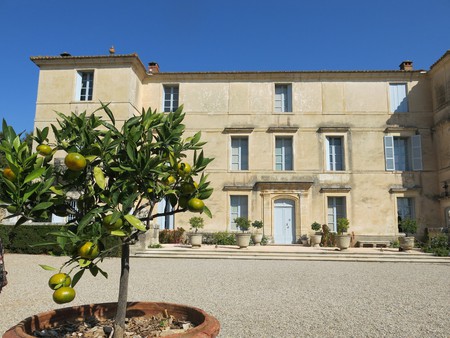 Montpellier really has got it all, including its very own mini-mountain to its north, perfect for a romantic day together in the hills. Pic Saint Loup is located at the start of the Cévennes foothills and there are amazing hiking trails all around this area. To hike to the top will take you about an hour and it’s an easy journey from the center of the city with numerous bus lines running throughout the week. 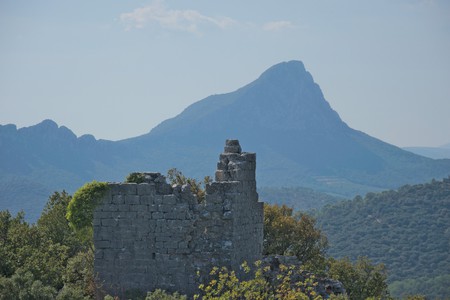 Jardin des Plantes de Montpellier is France’s oldest botantical garden and is the perfect place for a pause on a romantic break in Montpellier. This garden was established in 1593 for the celebrated French botanist and opened to the public in 1840. Today it extends to nearly five hectares and is attached to the Faculty of Medicine under The University of Montpellier, remaining an important element to students and flora enthusiasts’ studies.

Nothing says romance like a night at the Opera. Hosting classical music concerts as well as operatic evenings, spend a night in opulence at one of Montpellier’s most celebrated venues. Established in 1755 and built in Italian style, the venue is well-maintained and is located on Montpellier’s sprawling main square, Place de la Comédie. It is in the perfect location for before- or after-show drinks at one of the neighbouring cafes, too. 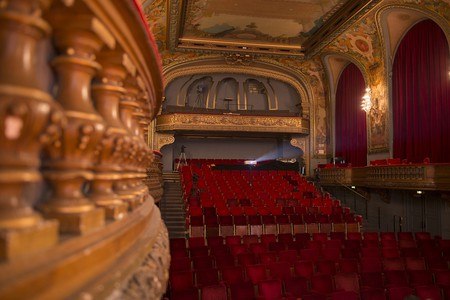 This is our second restaurant pick and one that is slightly ‘out of town’ compared to the first. Situated on the River Lez, with incredibly tranquil views over the water and vegetation, is La Réserve Rimbaud. It has easy access to the center of Montpellier but being a bit of an oasis makes it the most romantic choice for date night whilst on holiday. Try and get a table on the terrace, which is suspended a little over the river, making the evening feel extra special. They’ve got beautifully presented French European cuisine.