The Most Controversial Monument in France Right Now 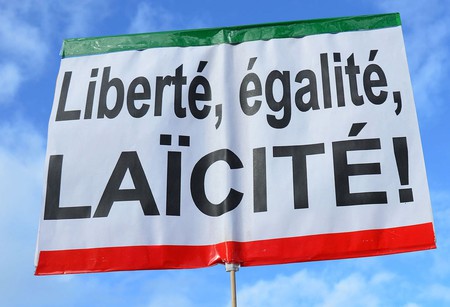 An unassuming statue of Pope John Paul II in a small town’s parking lot lies at the core of a protracted legal battle in France.

A sculpture of Pope John Paul II with his hands raised in prayer was erected in Ploërmel – a French community of just over 9000 inhabitants in the Morbihan department of Brittany in northwestern France – in 2006. All was well except for one detail: a conspicuous cross on the arch that crowns the statue. It this very element that is at the centre of a raging legal battle. The religious symbol has sparked a row that has engulfed everyone, from local authorities and the church to the highest administrative court in the land, the Conseil d’État.

At the heart of French republican values is the concept of laïcité – the constitutional principle of the separation of Church and State at the receiving end of a string of constant challenges, such as the one unfolding in Brittany.

The objection to the cross was brought forward by the National Federation for Free Thought (Fédération Nationale de la Libre Pensée), setting off a legal battle that culminated in the final decision of the Conseil d’État on October 25, 2017. The ruling stated that the cross must be removed as it was located in a public place, thereby contravening the laïcité principle. The court gave the town a six-month deadline to carry out the order. 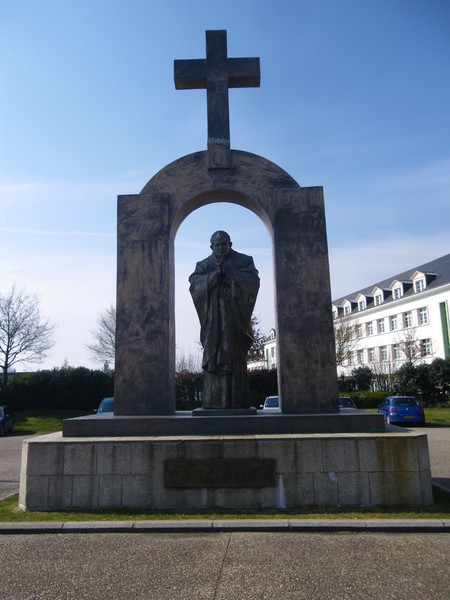 This issue has created ripples around the world. Even the Polish prime minister has weighed in with the suggestion to relocate the statue to Poland, the birthplace of Pope John Paul II, where it would be displayed with pride, and giving rise to a social media campaign under the hashtag #MontreTaCroix, which translates to ‘show your cross’.

Whether the town will abide by the court order and remove the cross remains to be seen. According to a local news report, a public demonstration to resist has been called for November 26, 2017, signaling that this tug-of-war isn’t over just yet.