The Most Beautiful Places to Visit in France 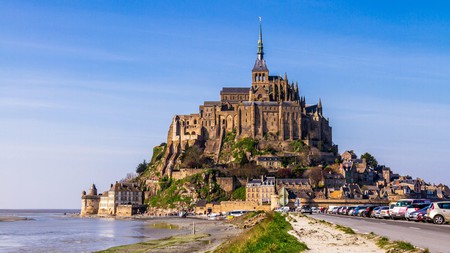 Being the world’s most visited country makes deciding which pocket of France to visit that little bit trickier. France is a diverse country, with a hazy, lazy Mediterranean climate in the south and a maritime one in its north. You can taste the delights of Spain in its southern cuisine while some corners of Strasbourg feel more German than they do French. Keep reading to discover the most beautiful and iconic spots in France.

You can find Arcachon Bay on France’s west coast, just an hour away from the dazzling city of Bordeaux. Set on the edge of Landes de Gascogne Regional Natural Park, it is known as ‘Le Bassin’ (‘The Basin’) by locals and almost has its own microclimate; the towns and villages here are protected from the harshest Atlantic weather. Arcachon Bay is probably most well-known for its Dune du Pilat – Europe’s tallest sand dune, which measures 110 metres above sea level. Andernos-les-Bains, set on the inner edge of the basin, is a very pretty village and is well worth a visit. 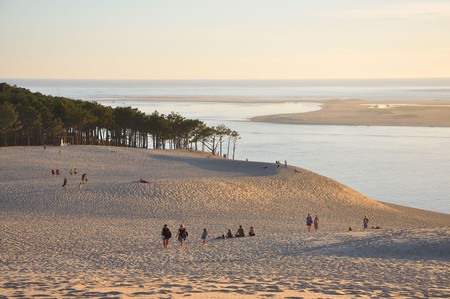 Mont-Saint Michel is probably one of the most iconic images of France and it is also one of its most beautiful sites. Fairytale-like in its positioning just a little out to sea and with its medieval monastery perched on top, this island commune is visited by more than three million people each year. The approach is one of the best viewpoints of the town, so make sure to take your time and plan your visit when the tides are in your favour for the longest visiting window. 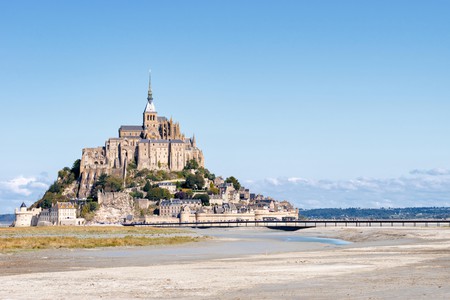 The Côte de Granit Rose, or Pink Granite Coast, lies in northern Brittany and stretches for over 30 kilometres. Head to the village of Ploumanac’h, which is not only very pretty, but the best starting point from which to explore this rose-tinted coastline. The mild coastal climate mixed with the vibrant colours of the pink rocks; the clearest sea you’ll ever see; wildflowers and golden sands combine to make this corner of France one of the most unexpected and enchanting you’ll come across. There is even a dedicated Granit Rose Tour site if you’d like a more planned exploration of this beautiful stretch of coast. 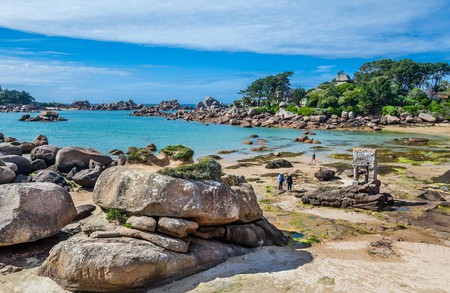 The UNESCO World Heritage Sites of both the Château de Versailles and the gardens of Versailles are an absolute must-visit in France. Louis XIV’s gilded 18th-century palace won’t disappoint in person, in fact, its scale can only really be appreciated when within its walls. Make sure to also visit the Petit Trianon – Marie Antoinette’s private residence – and the smaller scale palace of Grand Trianon. 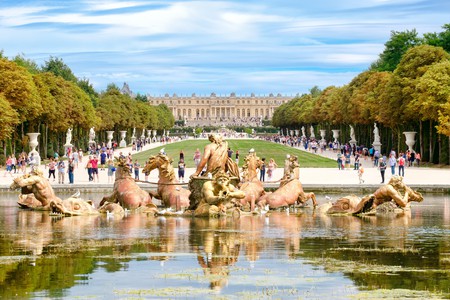 The lavender fields of Provence

From June to August in Provence, rows and rows of lavender plants cover the undulating hills, stretching out as far as the eye can see. The sweet fragrance will tell you they’re there before you see them and when you do, it’s really quite special. You’re most likely to spot this magical site around the Luberon Natural Park and Mont Ventoux so if you’re choosing Provence as your destination, then make sure you’re based between these two points. Visit a lavender distillery or time your visit to coincide with one of the lavender festivals that take place during this season. 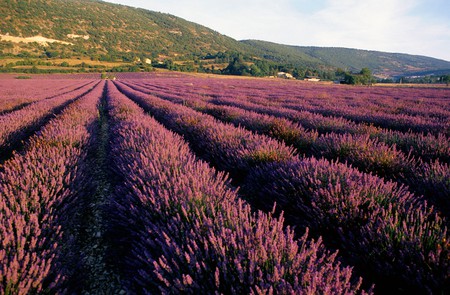 Gorges du Verdon is a magnificent river canyon in the south of France, and the largest in Europe, which looks just as impressive whether you explore it by water from the canyon below or by one of the many hiking trails that hug its edge. For water and extreme sports enthusiasts, Gorges du Verdon offers up all the delights that you’d expect from a natural feature of this scale, from kayaking and cycling to bouldering. 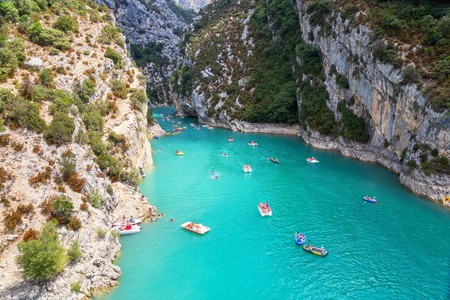 Antibes, on France’s southern coast, is recognisable for its star-shaped Fort Carré and its old town, both encased within 16th-century ramparts. Today, it is a resort town with local restaurants, pretty streets and sandy beaches. But old Antibes dates back to the fifth century when the Greeks established it as a trading post. It flourished in Roman times thanks to its natural resources and, after managing to keep a fairly low profile during several wars in the 1700s, rose to new fashionable heights with the wave of high society and artists (Fitzgerald, Picasso and so on) choosing this area of France as their home-from-home. Cap d’Antibes, about 15 minutes from the centre of town, is a slice of Mediterranean paradise. From Plage de la Garoupe, follow the sign-posted coastal path around the cap and in between getting whiffs of wild herbs, see if you can spot some of the millionaires’ chateaus that occupy this advantageous spot. 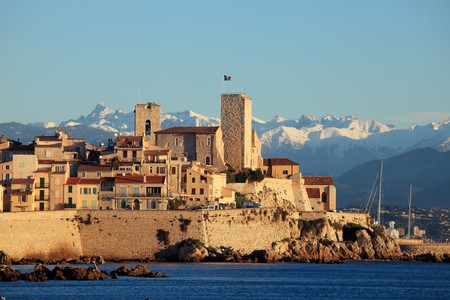 The cliffs of Étretat

The breathtaking white chalk cliffs of Étretat are a well-known French image and a popular destination. Impressionists in the 19th century – such as Claude Monet and Gustave Courbet – were so mesmerised by the scale and beauty of the three natural arches and cliff faces that they included them in many paintings. Today, they are quite accessible for exploration, with trails, pathways and steps built into the rocks and joining the coastline together. The coastal resort of Étretat makes for a handy base, but really, as soon as you arrive, get some height under your belt as it’s from these elevated positions along the coast that you’ll find the most impressive views. 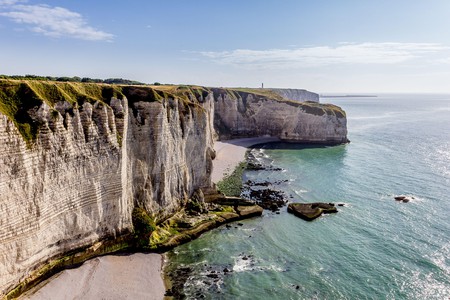 The hues of Menton – oranges, yellows and reds – can only mean one thing: you’ve reached the French Riviera. Menton is the last stop on the Côte d’Azur and although it’s incredibly popular with visitors, it often gets overshadowed by its neighbours Nice and Cannes. Menton, however, is the perfect size for a weekend getaway and a great base from which to explore this twinkling coastline. One of the highlights is the Serre de la Madone, a beautiful garden famous for its rare plants and unique layout. The area around the old port of Menton is the most attractive, with a lovely beach just adjacent – Plage des Sablettes – and the dramatic backdrop of the foothills of the Mercantour National Park. 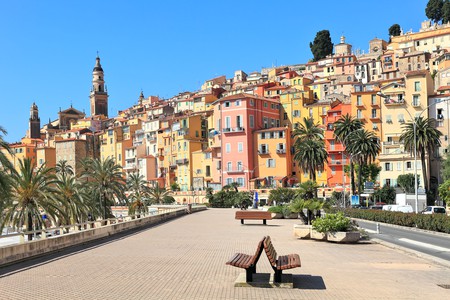 France has two mountain ranges straddling its borders (the Alps in the east and the Pyrenees in the south), which means that other stunning mountainous national parks in the country are often overlooked. The Écrins National Park is located in the southeastern part of France and attracts hikers in the warmer months and skiers when the snow starts to fall. If travelling by car, make sure to approach the national park from the south where Lac de Serre-Ponçon lies – it’s one of western Europe’s largest artificial lakes and is great for water sports. The village of Vallouise is one of the prettiest in the park and from here, there are numerous hiking trails as well as river kayaking and many other options for outdoor sports. 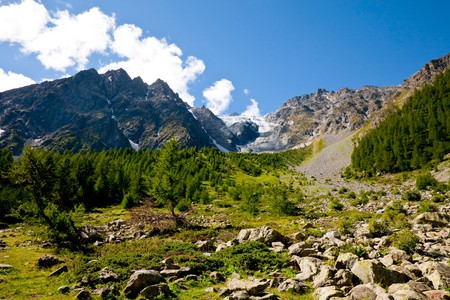 The Loire Valley is chateau country and the number of ornate, early French Renaissance castles in a relatively small area will take your breath away. There are thought to be over 300 chateaus in this region of France and most of them were built, simply, because the French kings started constructing holiday homes and the nobility, wanting to be where the kings were, followed suit. The result? Incredible castles like the iconic Château de Chambord and the royal Château d’Amboise. 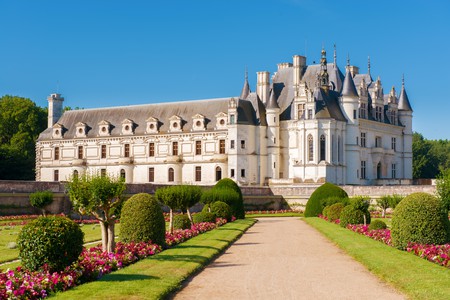