The Most Beautiful Places to Stroll in Nice, France 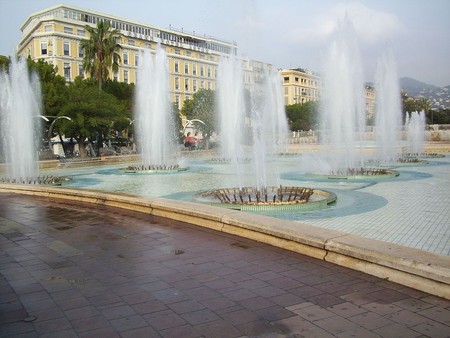 Nice has some wonderful opportunities for a stroll, not just along beautiful walkways and seafronts (the Promenade des Anglais) but also around Old Town, through ancient Roman remains, past museums with wonderful art and along the Coulée Verte, the pedestrian avenue in the heart of Nice. Here’s a list of our favourite strolls for a morning or afternoon.

Both of these very grand streets – Avenue Félix Faure and Boulevard Jean Jaurès – begin on the seafront at Promenade des Anglais and sweep inland in a curvy symmetrical fashion. The space between them has been pedestrianised with lovely parks and gardens (the Promenade du Paillon, for example) and there are benches to sit after a nice stroll or to picnic. What’s more, there are fantastic playgrounds that will keep kids happy for a good couple of hours.

Walk the route that begins at the Jardins Albert 1er (The Gardens of Albert 1st), take in a drink (or a spot of lunch) at the Hotel Aston on the wonderful roof terrace and watch the kids lose their minds climbing the animal sculptures. The whole world is here on Sundays so it’s a great place to people-watch. If you want to continue, the Coulée Verte runs to the Museum of Modern & Contemporary Art (MAMAC), which is a great place to spend a few hours. 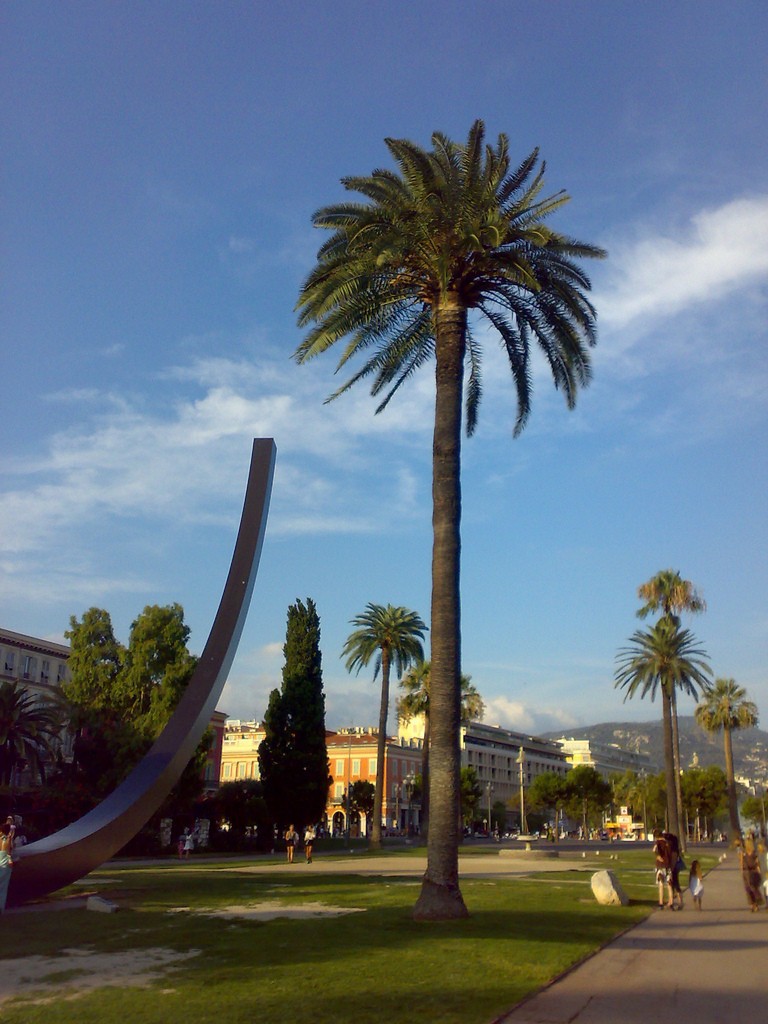 Take in the entire seven miles of the Promenade des Anglais

“Le Prom” as it is known by locals was an idea thought up by English expats who used to winter in the resort at the end of the 19th/early 20th century. After one particularly harsh winter, Nice was filled with beggars and a local English reverend organised the building of the Promenade to give them work. It has since become an international symbol of Nice and is still a huge part of Nice’s cultural fabric.

It starts at the airport in the west and continues round the Baie des Anges to the headland of Nice’s castle. There are hundreds of places to have a drink, an ice cream or lunch if you wish, but it’s just as wonderful to take a picnic and stop in one of the distinctive blue chairs to read or chat. Take the paper and you’ll feel like a local. 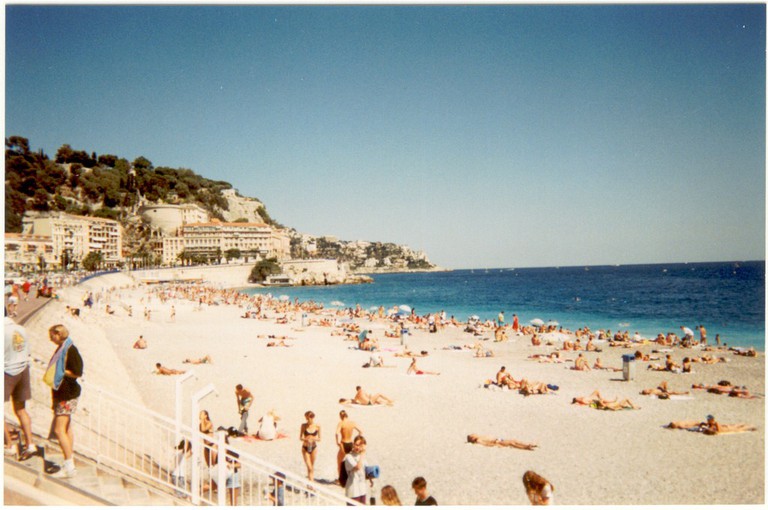 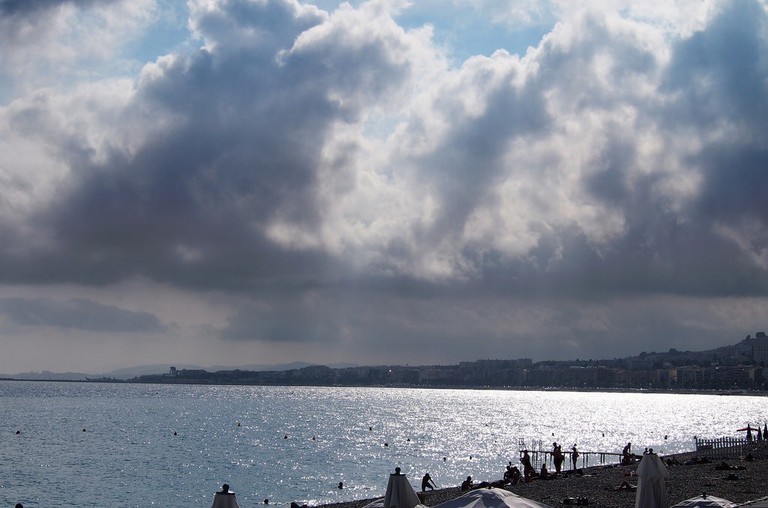 On a clear day, you can see along the entire length of the Promenade des Anglais | © Mike Fleming/Flickr

Stroll around the historic Cimiez neighbourhood

Cimiez (the French name for the Roman city of Cemenelum) was built in the 1st century and there are still some beautiful remains of an arena and the Roman baths. However, the entire area is worth a good stroll. Start from the centre of Nice near the Museum of Modern Art (MAMAC) and head uphill to the Boulevard de Cimiez. At its southen end, you’ll have the chance to visit the Chagall Museum, who lived in the area, and which houses a lot of his religious works of art and stained glass. Meander next up the Boulevard itself, a relic of the huge tourist boom at the end of the 19th century, when grand villas and even bigger hotels were being built to accommodate the massive influx of tourists from England and elsewhere (including Queen Victoria). These were the days before sea bathing was fashionable and before suntans became ‘de rigeur’, when people wanted to holiday overlooking the seaside, rather than being directly on it.

Right at the top of the Boulevard, you can stop at the Matisse Museum, his own villa, where he spent a great deal of his life. Beyond are the Cimiez remains and even further, is the 16th-century Franciscan Monastery and wonderful cemetery. Stop in the gardens before making your descent back down into town. 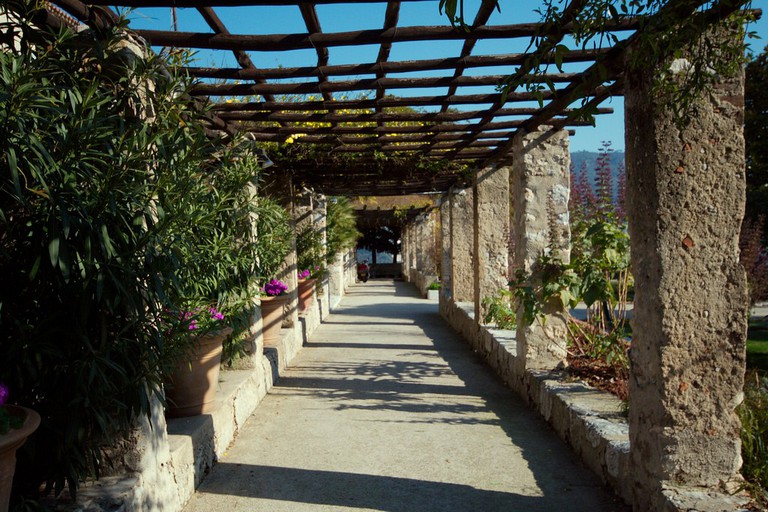 This is a firm favourite on every tourist itinerary and a must-do. Nice is well-known for its pastel-coloured walls of Old Town and pinky-red roofs and here’s an opportunity to lose yourself among them for an afternoon. Start by having lunch in the Old Port before getting lost among the small alleys and twittens of Old Town. Look at the shops, have a coffee and marvel at the generations who have done the same before you. 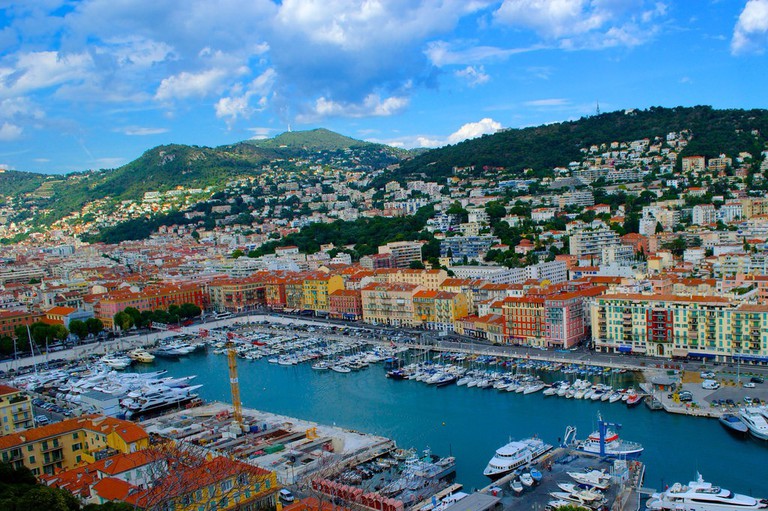 Next, head uphill to the site of the Old Chateau and park. There are steps or a lift (if you need it) but it’s worth the ascent. It’s the highest place in Nice above sea level (92 metres) and offers a great view. It has been a park since the beginning of the 19th century and is great for a picnic or just to amble. Once the photos have been taken, head back into town to one of the many rooftop clubs and bars for a night out.