The Most Beautiful Mosques in France 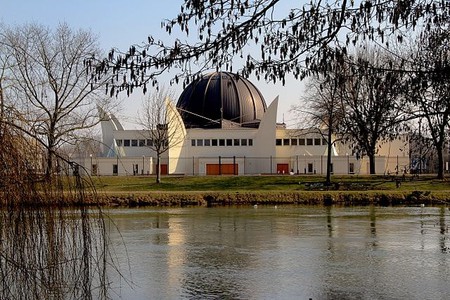 A mosque, or a masjid, is a house of worship for Muslims. In France, there are around 2,300 mosques. Regardless of religious belief, there’s something breathtaking about these sacred places, whose Islamic architecture is imbued with historic legacy.

The Grande Mosquée de Paris is the largest mosque in France and it’s located in the fifth arrondissement of the capital. It’s the second largest in Europe, and figures as the most beautiful of them all. One of the main reasons why people flock to visit this mosque is because it is entwined with a fascinating historic legacy. 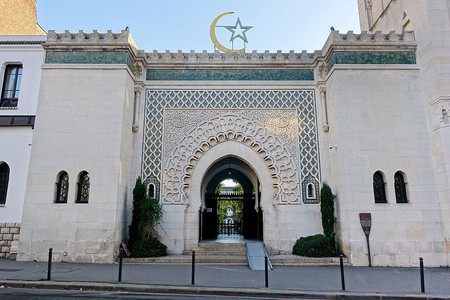 The building was founded in 1926 after World War I as a sign of France’s gratitude to Muslim soldiers, as 100,000 from the colonies died fighting against Germany. The mosque was later assigned to Algeria in 1957 and is currently led by mufti Dalil Boubakeur. 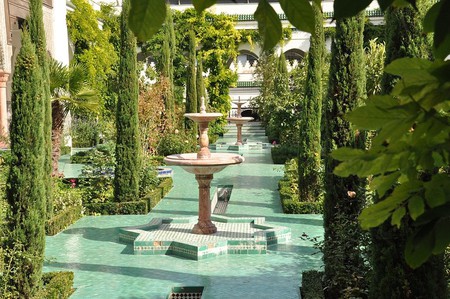 An incredible fact of French history that most people don’t know is that the Great Mosque of Paris sheltered Jews during the Holocaust and supplied them with Muslim identity certificates. Estimates suggest that 500 to 1,600 North African and European Jews were saved from Nazi persecution in this mosque.

Nestled on the banks of the Ill river in the Heyritz area, south of the Grande Île, is the Strasbourg Mosque. It was inaugurated in September 2012, and people flock to see this mosque because of the unusual architectural form it flaunts.

The building is praised for its ingenious design, where the open space does not require any supporting columns thanks to an innovative system of cables attached to the outside pillars. The unique approach is inspired from the technology used for suspension bridges.

Saïd Aalla, President of the Grande Mosquée de Strasbourg, has praised the structure for its resemblance to a “flower opening next to the water, with the pillars holding up the dome resembling giant petals”. The mosque was designed by Paolo Portoghesi, who also designed the Mosque of Rome.

The Grande Mosquée de Lyon is a clever blend of Persian and Maghrebi influences embedded in a minimalistic contemporary image. The omnipresent light that floods through the wide windows contributes to the atmosphere of serenity.

The Lyon Mosque plays a significant cultural role, teaching the Arabic language as well as the key principles of Islam. Each year on October, a symposium is organized to bring together researchers, academics and Muslim scholars from around the world.

Around 3,000 people visit this sacred venue each week, with up to 8,000 present during the two great festivals of Islam: Eid elkebir and Eid elfitr. 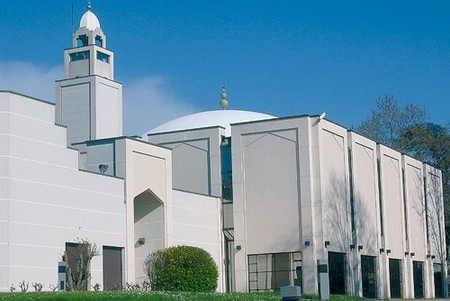 The mosque of Omar Ibn Al Khattab is tucked away in an unsuspecting corner of the 11th arrondissement of Paris. It was built in the early 1980s, and whilst it may be smaller than the grand mosques that tower over the cities of Lyon and Strasbourg, it’s a local favourite in the French capital.

Sometimes the Grand Mosque of Paris is quite busy, so this mosque offers a cosier feel. The interior design is typical of Islamic culture too, with gorgeous carpets and proud columns brandishing more books than you could possibly have the time to read. 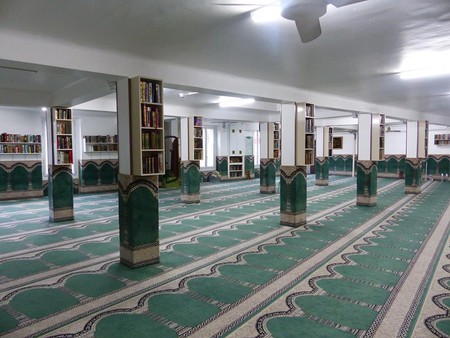 The Khaled ibn El Walid mosque located in Givors in eastern France might be a recently constructed mosque, inaugurated only in 2013, but it still flaunts architectural character. It is considered the second largest mosque of the Rhone, after the Grand Mosque of Lyon, and is particularly impressive for its huge green dome.

There are as many as 1,400 followers of the Islamic faith that come to pray here each week as well as some tourists as they pass through the region. 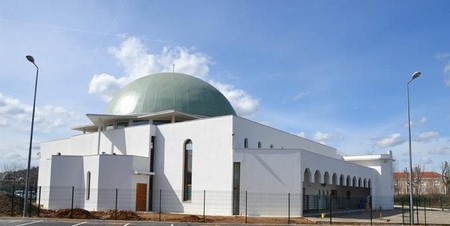 The recently built Mosquée de la Duchère in Lyon can accommodate up to 900 worshippers. It was designed with a futuristic vibe, influenced by the concept of skyscrapers but with columns of windows to inspire a sense of serene luminosity. As well as being a sacred place to worship, Mosquée de la Duchère also has eight classrooms where classes in Arabic and religion are taught. 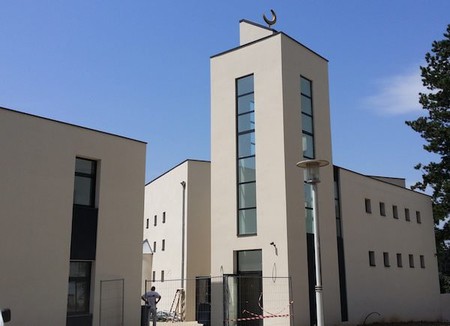