The Most Beautiful Castles In The Languedoc, France 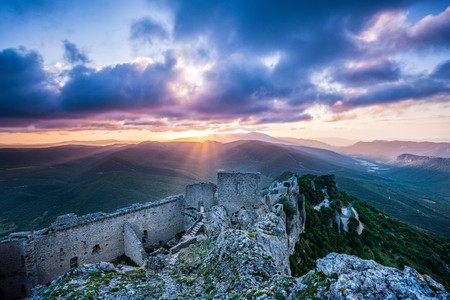 Peyrepertuse castle at sunrise in the Languedoc | | © Gareth Kirkland / Shutterstock

The Languedoc is the coastal region in southern France that runs from Provence to the Pyrenees mountains. The mountainous landscape is littered with magical castles, many of them well-protected ruins where you can play at being king or queen to your heart’s content. 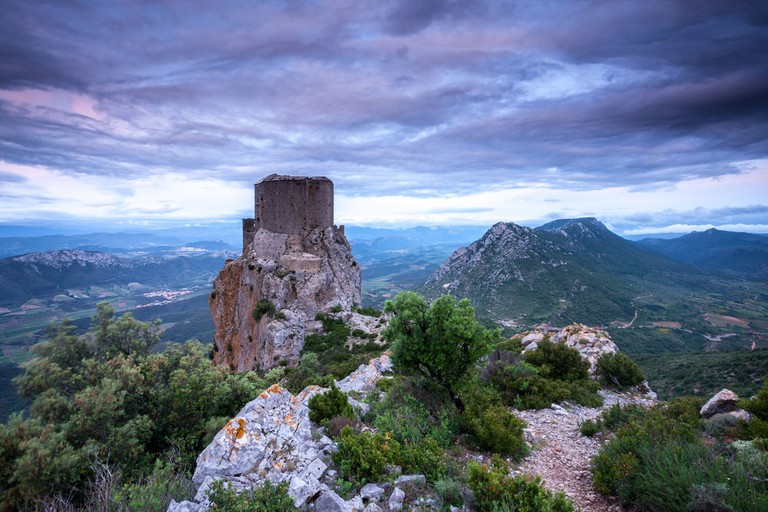 Château de Quéribus is an old 14th-century castle perched on a little craggy rock overlooking the village of Cucugnan. Restoration work was carried out in the latter part of the last century, and the castle became accessible to visitors, who mostly come to take dramatic pictures of being “at the top of the world”. The castle played an important role in the fight against the Royal Army in the 13th century when the last Cathars were fighting against the King of France. In 1255, the army was dispatched to deal with the people left on Quéribus, but they disappeared without a fight. It was reconstructed in the 16th century, as it played an important role for the French king in defending France (along with the other old Cathar castles in the region). 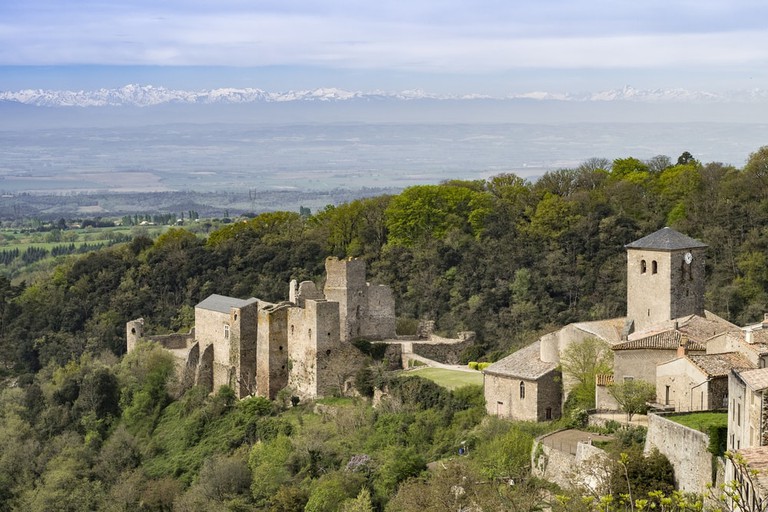 Aside from giving an excellent view over the Pyrenees, the Château de Saissac is spectacular in its own right. It’s first mentioned in texts in the year 960AD and it’s one of the better-known Cathar castles – the castles that protected the Cathars from persecution in the 13th century across the region. In the 16th century, it was passed onto the Berthuy family when it was turned into a residence. It was confiscated during the French Revolution when it became the property of the French people, but it was only at the end of the 20th century when it was open to the public that it started to be regarded as a national treasure. 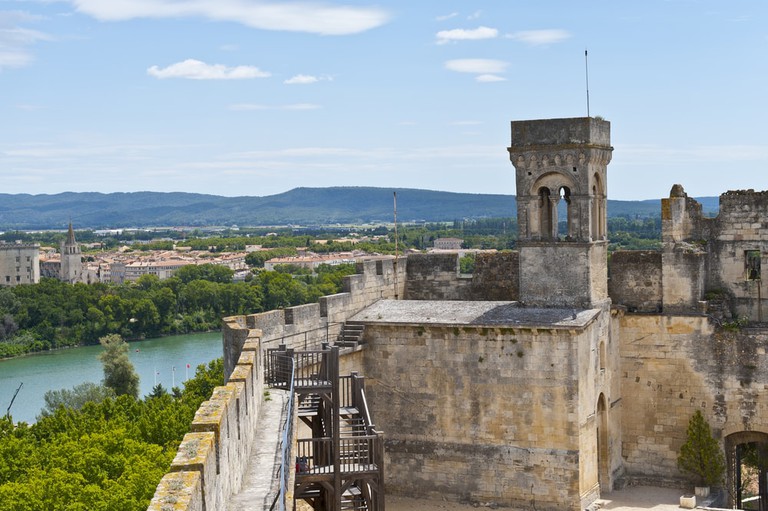 Château de Beaucaire is a ruined fortress which dates back to the 12th century – the castle is perhaps best known as the turning point for Simon de Montfort’s troops when it was under siege by Raymond VII. It was torn down by Cardinal Richelieu, who administered France under Kind Louis III in the 17th century and has been listed as a historical monument since 1875. 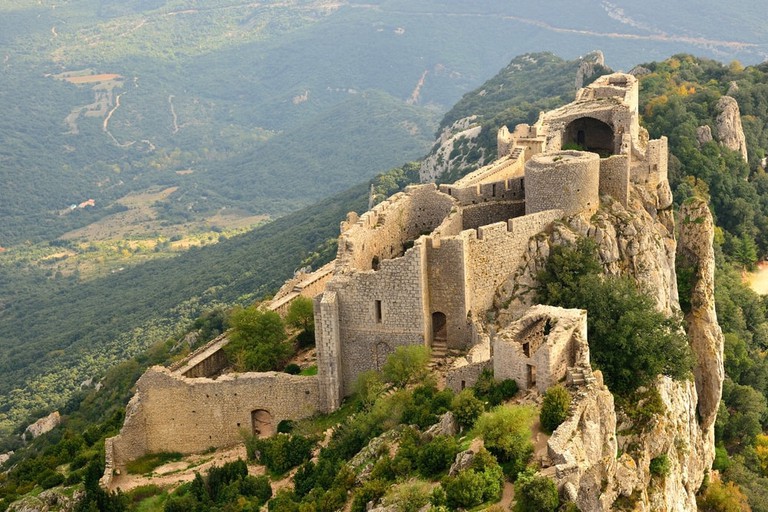 Château de Peyrepertuse is one of the south’s much-loved castles, high up on the hills. The site has been occupied since Roman times, but the current castle was begun in the 12th century and protected by a wall (and Royal Decree). It was an important site during the crusades and later, in the 16th century, it was an important defence for the King of France against the local King of Aragon. In the past 30 years, it has had more than 30 million visitors and is currently seeking UNESCO heritage classification. 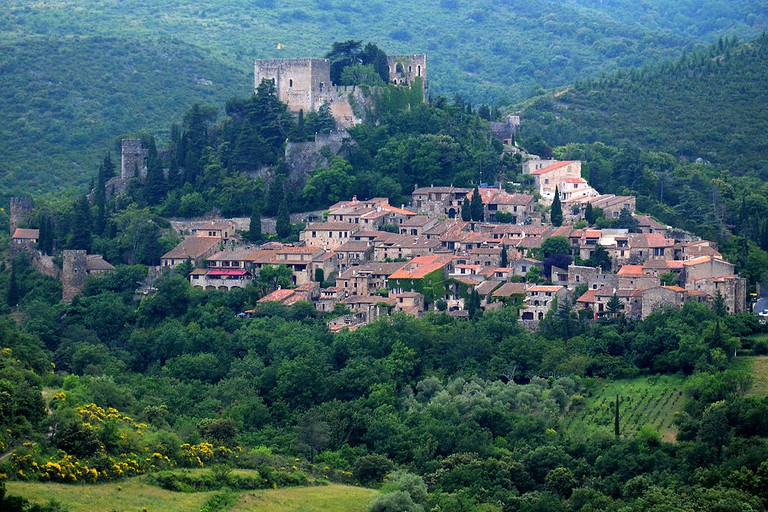 Chateau de Castelnou | | © BlueBreezeWiki / WikiCommons
This secluded village in the Pyrenees, which has a population of 341, is rated as one of the most beautiful in France. The castle that overlooks the village and the surrounding countryside dates back to the 10th century and the church of Sainte-Marie du Mercadal to the 13th century.
Open In Google Maps
Castelnou, Occitanie, 66300, France
Give us feedback 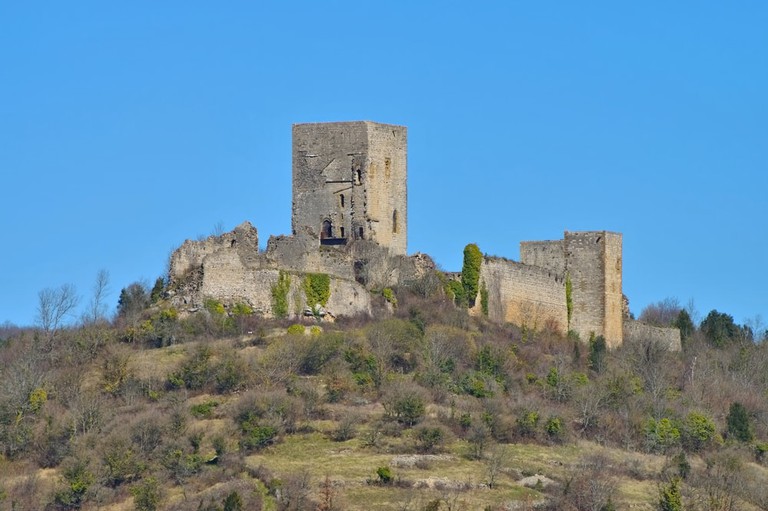 Just 60km south of Carcassonne is the Château de Puivert, one of many Cathar castles in the Languedoc region, which was once used to house the Cathars in the 13th century, after they had been dispossessed of their lands. Parts of the original castle date back from 1170, but it was rebuilt in the 14th century. It was classified as a historic monument in the 19th century, but today is privately owned. 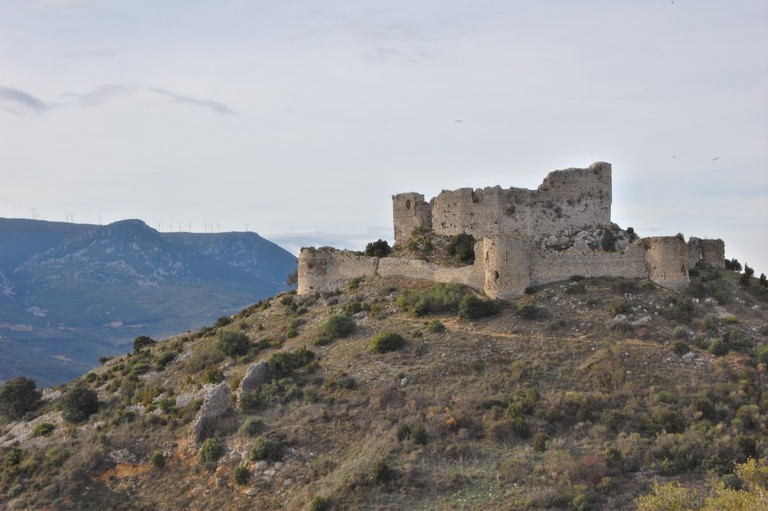 Château d’Aguilar was one of many castles in the region which protected the Cathars in 12th-century France. Denounced by the Catholic church, they were successfully fought off by the French Royal Army and the castle became part of the French King’s defences against unwanted invaders until it was eventually abandoned in 1659. In 2017, the castle became a UNESCO listed site along with the city of Carcassonne and several other local châteaux.