The Most Beautiful Buildings in Rouen, France 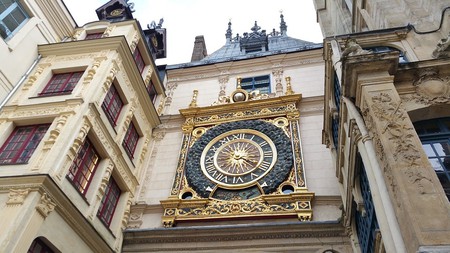 The buildings of Rouen are a benchmark for all the quintessential elements of Norman architecture, such as half-timbered houses, Gothic cathedrals, and even French Art Nouveau as an added twist. Here is our round-up of the most beautiful buildings to visit while in Rouen, France. 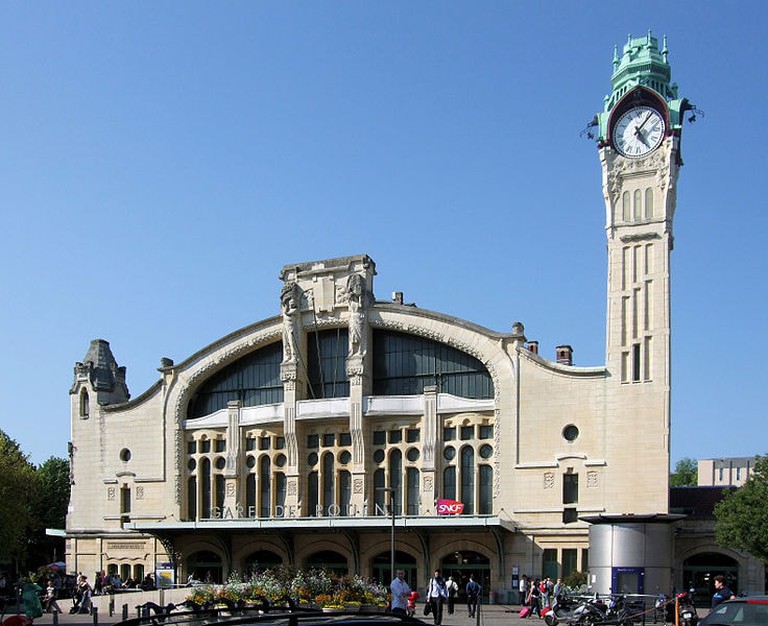 The architectural delights begin upon arrival at Rouen’s Rive-Droite train station. It was built in 1847 by French architect Adolphe Dervaux, the man behind Paris’s famous Art Deco Metro light posts. Rive-Droite station’s architecture is Art Nouveau, an ornamental style characterised by undulating lines and decorative features such as statues and elements inspired by nature, including flowers and vines. Here, Art Nouveau is exemplified throughout the station’s façade: its curved roof, the ornate clock tower darting from the right and the two centre columns that morph into statues of women nearing the top.

The Gros-Horloge (big clock) is emblematic of Rouen; a beautiful astronomical clock set within a Renaissance arch that stretches over the street bearing the monument’s name. Perched atop is its Gothic belfry tower, which houses one of the oldest clock instruments in Europe that allowed the monument to tell time non-stop from the 14th century up until 1928. While marvelling at the sight of the clock, be sure to take note of the beautiful 18th-century fountain with statues portraying a mythological scene, located near the arch’s base to the right. Inside the clock, visitors get a behind-the-scenes look of its inner workings and a panoramic view of the city from the bell tower. 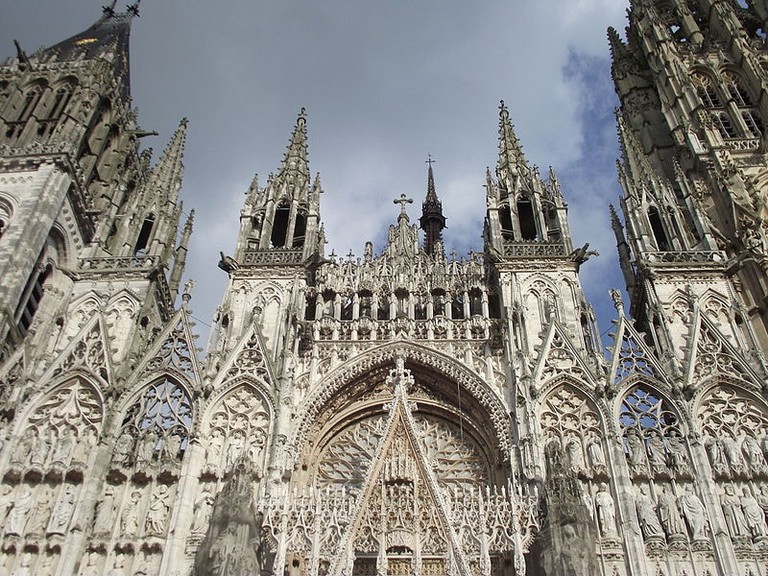 The incredible precision and detail of the church's facade | © Rouennais / WikiCommons

Rouen’s Notre-Dame Cathedral is another of the city’s iconic buildings, reaching 151 metres into the sky and dominating the city’s skyline. From 1876 to 1880, it was the tallest building in the world until the Cologne Cathedral stole its title. Today, it remains the tallest cathedral in France. The church is a prime model of Gothic architecture, with examples from the style’s various eras within its structure including Early (as seen in the nave) and Flamboyant (the Saint-Romain tower) to neo-Gothic (the spire). Each year, the city puts on the Cathedral of Lights show that further highlights its already stunning facade by illuminating the church with vivid images, lines and colours. 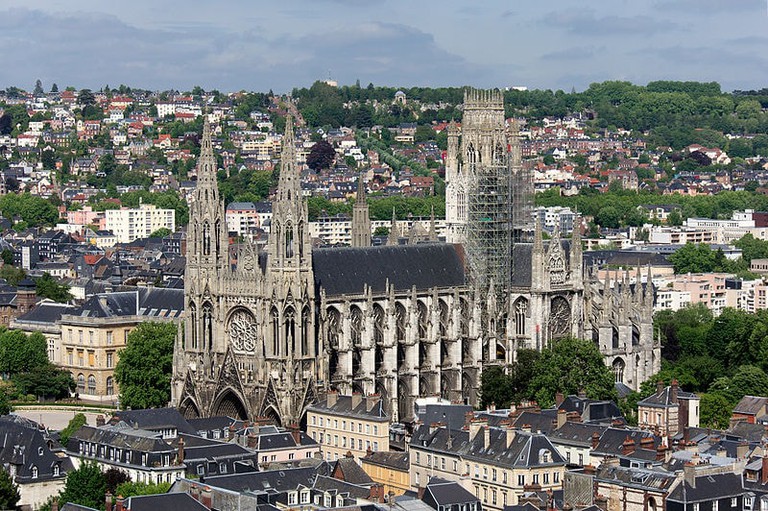 The Church of Saint-Ouen is smaller in size versus its larger counterpart, Notre-Dame Cathedral, but is still another perfect example of Gothic architecture. Construction of the church begin in 1318 and ended in the 15th century. Its style is attributed to the Gothic Flamboyant era, as seen in its towers, aisle and clerestory. 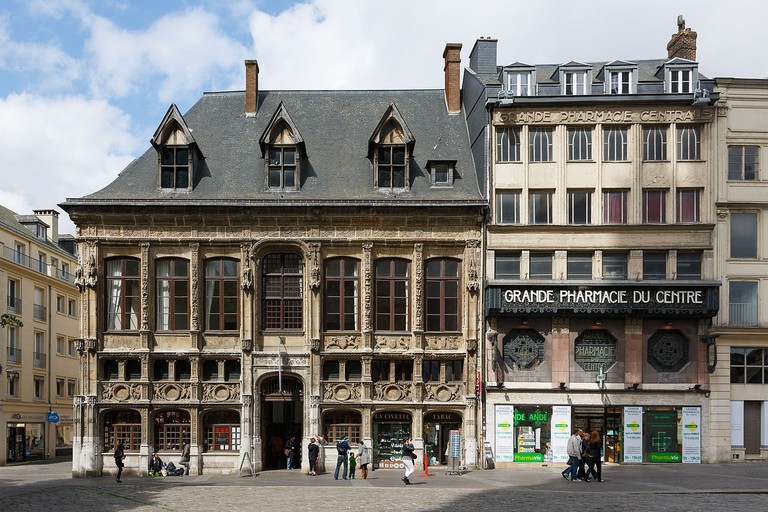 Across from the Notre-Dame Cathedral is the Grande Pharmacie du Centre, an Art Deco building that serves as a pharmacy and looks right out of a Wes Anderson film, with dusty pink and purplish-grey tones and intricate ironwork by French blacksmith, Raymond Subes. Beside the pharmacy is the tourist office, also known as the oldest Renaissance building in Rouen, dating back to 1509 and now labelled a historical monument. 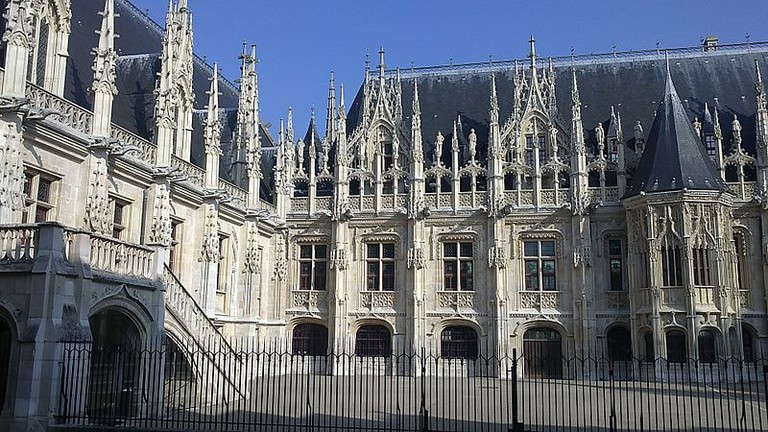 Construction of the Palais de Justice first began in 1499 in Louis XII style, an aesthetic that derived from the transition between early Renaissance and Gothic. Throughout the additions made over time, it became increasingly Gothic, with features that range from Flamboyant, as seen in the ornate decoration of its bell tower, to neo-Gothic in its clock tower and east wing. As with many Gothic buildings, it is adorned with gargoyles throughout the exterior. 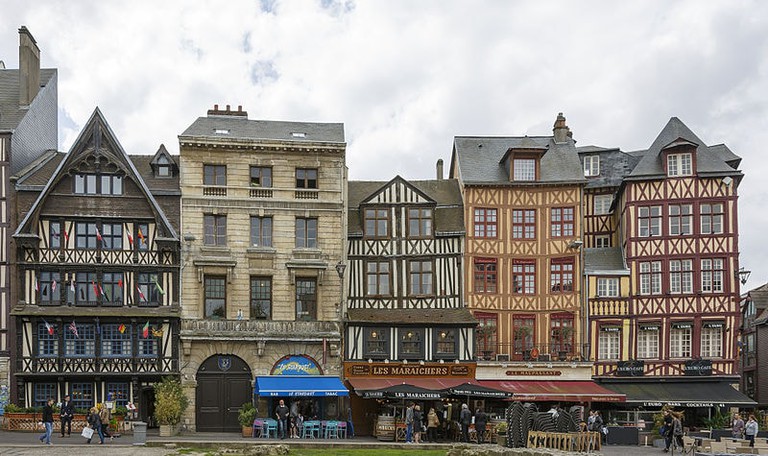 Known as the oldest auberge in France, La Couronne was first established in 1345 and is housed in a half-timbered building, a typical feature found throughout the Normandy region. Along with its legacy as the oldest auberge, it was also here that American francophile and cooking legend, Julia Child, ate her first meal in France – a moment that was the start of a frenzy of French cuisine in the United States. La Couronne is located in Rouen’s Old Market Square, alongside other beautiful coloured half-timbered homes dating from the 16th century to the 18th, and it serves traditional French fare and Norman specialities. 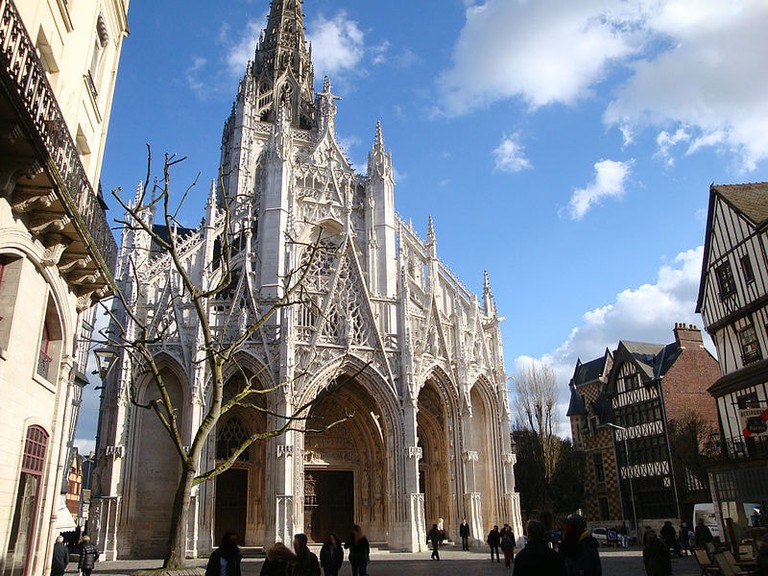 Rounding up the epic Gothic architecture of Rouen is the Church of Saint-Maclou. The church is known for its five gabled archways on its front and flying buttresses, both of which are staples of the style; in this case from the Flamboyant period. This striking church is nestled among Norman half-timbered houses, forming a combination that perfectly embodies the aesthetics of Rouen.